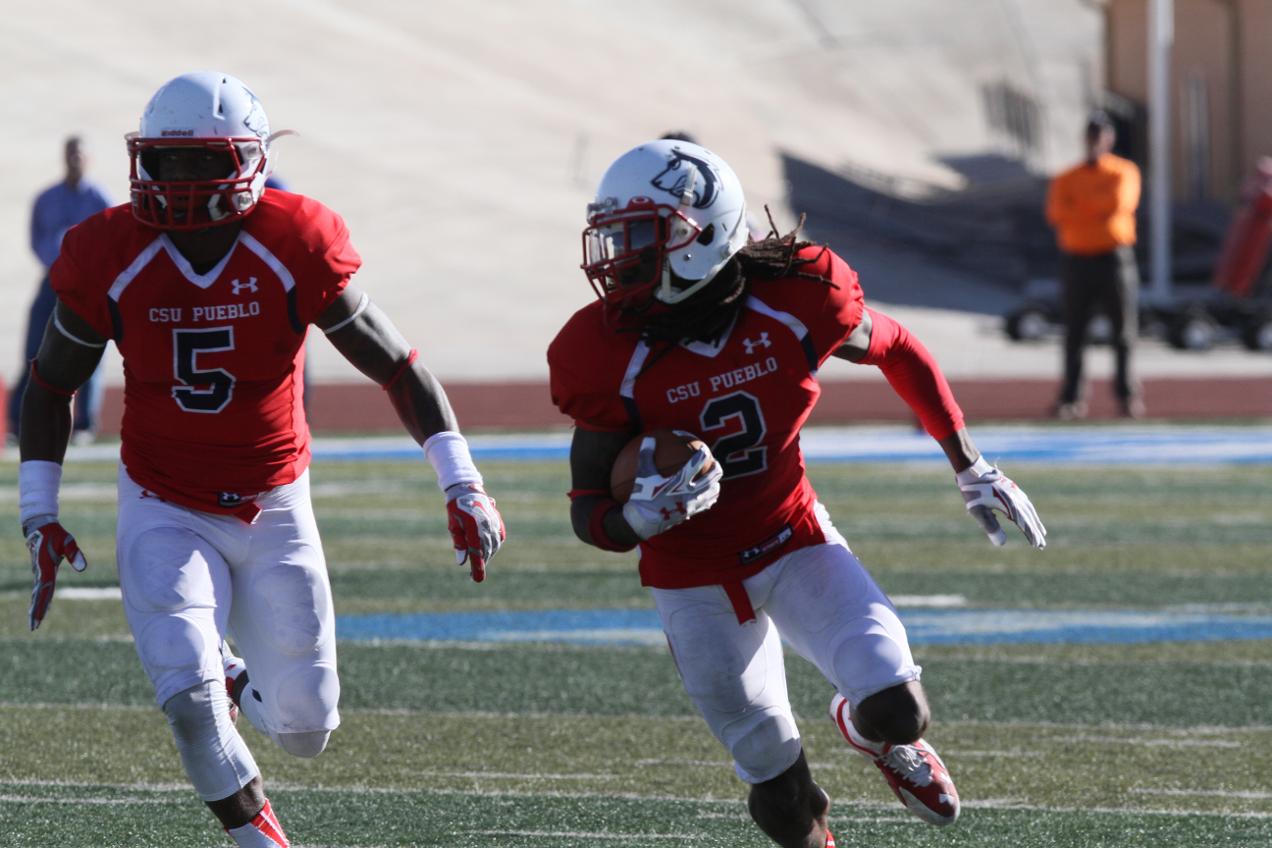 Saturday, November 29 was all about the upset in the 2014 NCAA Division 2 Football Playoffs Second round. A recap of the action on the 29th is below as well as the Quarterfinals schedule for each regional.

The regional’s other game was far from as exciting. #2 Bloomsburg got out to a 35-7 lead before cruising to a 35-14 win over #3 Virginia State. Running back Eddie Mateo ran for 129 yards and a touchdown to lead Bloomsburg, but their defense was the story. They held Virginia State to a total of 267 yards for the game and forced two turnovers.

This super region produced not one, but two upsets. #5 Valdosta State traveled to #1 Lenoir-Rhyne and shocked one of the top teams in Division 2 football. Valdosta State forced 5 turnovers, including three interceptions, to pull the upset 23-21. Lenior-Rhyne, as expected, ran the triple option to the tune of 424 rushing yards, but were unable to take advantage. Valdosta State’s Cedric O’Neal ran 11 times for 62 yards and 2 touchdowns.

The second game in this region featured a high scoring first half followed by a defensive second half. #6 West Georgia shut down #2 Delta State in the second half to win 37-27. The game was tied at 27 at halftime, but West Georgia outscored Delta State 10-0 and the defense shut them down to reach the quarterfinals. Running back Seth Hinsley had 25 carries for 126 yards and 2 touchdowns to lead West Georgia to the victory.

The game featuring #1 Ouachita Baptist and #4 Minnesota-Duluth provided another shootout. The result was a top seed falling with Minnesota-Duluth winning 48-45 in overtime. Neither team had a lead larger than 8 points when Duluth led 35-27. Duluth scored a late touchdown to take a 42-39 lead. OBU rallied to hit a late field goal and send the game into overtime. There, Drew Bauer hit Zach Zweifel for the game winning touchdown. Bauer threw for 293 yards and 2 touchdowns while running back Logan Lauters had 161 yards and 3 touchdowns. OBU’s Steven Kehner ran for 103 yards and 4 touchdowns while quarterback Kiehl Frazier threw for 295 yards and 2 touchdowns and ran for another 101 yards.

The other game in this region featured another team from Minnesota and the same result. #2 Minnesota State-Mankato won 24-21 over #3 Pittsburg State in overtime. It was not the prettiest of games, but Alden Haffar’s 29 yard field goal proved to the difference as Tyler Henderson intercepted Pittsburg State’s pass in their half of OT to get the win. Mankato’s Ricky Lloyd threw for 214 yards and 2 touchdowns while also running for 91 yards and a touchdown.

This region will feature an all Minnesota battle for the right to play in the semifinals. #4 Minnesota-Duluth (13-0) will travel to #2 Minnesota State-Mankato (12-0). The game is scheduled to start at 1 PM ET.