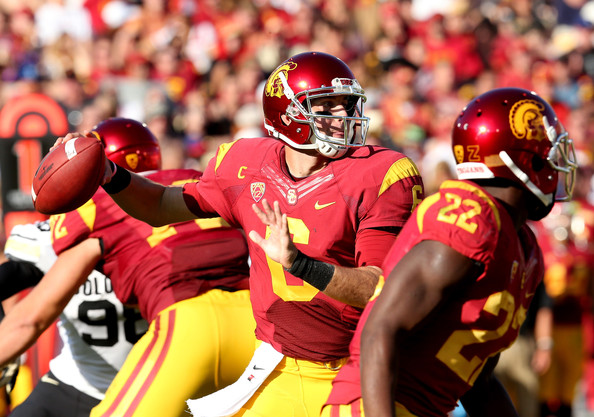 Final scores do not always tell the tale of how a game truly went or how comprehensive a team performed. This article is intended to shed light on some of those discrepancies and highlight some stats put up by teams and individuals alike.

The Hokies ran for only 26 yards on 22 carries as a team against Pittsburgh. That comes out to an average of 1.2 yards per carry. Even worse, the offense was 2 of 14 on third down yet the Hokies managed to stay in the game until late in the fourth quarter.

For Pittsburgh, James Conner ran for 85 yards on 16 carries, but he did have two touchdowns. This marked his third straight game where he failed to eclipse the 100-yard mark. His first four games saw him run for at least 153 yards each game and total 699 rushing yards. In the last three games, Conner has produced 260 yards. That total is respectable, but it is quite a drop off from his early season output.

The story of this game was the four turnovers by Temple quarterback P.J. Walker. He had three interceptions and a fumble lost. One interception was returned for pick-six and another led to a Houston touchdown. The lost fumble came on the doorstep of Houston’s end zone at the one yard line. Those three turnovers combined were a 17 to 21 point swing, which undoubtedly cost the Owls a chance to win.

South Florida trailed 27-7 at halftime, but outscored Tulsa 31-3 in the final minutes to win the game. Outside of their first drive of the third quarter, Tulsa ran only 7 plays in South Florida territory and failed to score a point.

This game had several noticeable stats. First, Baylor committed 18 penalties for 215 yards!! West Virginia committed 14 penalties for 138 yards. Combined, the two teams had 32 penalties for 353 yards. Those 353 penalties yards are more than Baylor put up on offense (318 yards)!

As impressive (or pathetic) as those penalty yards are, the Mountaineers did everything they could early on to let Baylor put up points. Clint Trickett had a lost fumble and an interception that led to 10 Baylor points in the first quarter. Daryl Worley lost a fumble on a punt return, but Baylor could not take advantage of that turnover.

We will not dwell on this game too much because this is obvious why the Sooners lost. Oklahoma kicker Michael Hunnicutt missed two field goals (including a horrendous shank late in the game) and an extra point. One could also point to Danzel McDaniel’s 5 yard pick-six as another reason.

This one has to be included for the way Alabama utterly dominated the Aggies. The Tide were up 45-0 at the break and held the high-flying Aggies offense to 172 yards for the entire game!! The Tide scored 35 second quarter points, the most ever in a single quarter for an Alabama team.

The shutout is even more impressive because it marks the first time Aggies head coach Kevin Sumlin has been shut out as a coach in 86 games at the FBS level.

We all know Nick Saban is looking for something to critique in this performance and there are few he can sheepishly use. The first is that the Aggies managed to convert two third downs… out of 13 attempts. In addition, the Tide only forced one turnover. There are your areas for improvement, coach Saban.

The most striking stat was that Indiana had 11 yards passing. Zander Diamont went 5 of 15 for all 11 yards in his first start as a true freshman. He has drawn comparisons to Johnny Manziel, but that is all hyperbole for a kid who had a total of one negative yard on the game (Diamont also ran 10 times for -12 yards).

The Hoosiers had 224 yards of offense, even without a passing game from Diamont, who was replacing the injured Nate Sudfeld. Tevin Coleman had 132 yards on 15 carries, which is excellent for a one-dimensional offense against the Spartans.

Ole Miss gave up a total 191 yards of offense to Tennessee on Saturday night. All 191 yards came through the air, as the Volunteers did not gain a single yard via the ground game. Jalen Hurd had 40 yards rushing, but that was cancelled out by Justin Worley’s 8 rushes for -41 yards performance. One caveat, however, is that sack yardage goes against the rushing stats in college football.

Most people probably heard this on Saturday night or Sunday morning, but it is worth repeating. Missouri had 119 yards of total offense (20 passing and 99 rushing), yet the won by 29 points over Florida. How? Turnovers and touchdown returns.

The Gators committed 6 turnovers, three fumbles and three interceptions, which led to 24 points for Missouri.

Will Muschamp should start packing his bags now because he is well on his way out of Gainesville.

The highlight of this game was Colorado State’s Rashard Higgins. He caught 10 passes for 187 yards during the game while the Rams threw for 243 yards. That equates to Higgins accounting for 77% of the receiving yardage. Higgins managed to account for only 59% of the total offense for Colorado State.

This needs a bit of context to explain why it makes it here. According to Las Vegas Insider, the over/under of this game closed at 45.5 points, which makes them believe it would be a defensive game. Texas closed as an 11-point favorite so it was expected that Texas would not give up many points.

Boy, those expectations were way off.

Both quarterbacks had over 300 yards passing with Sam B. Richardson (ISU) having 345 yards and Tyrone Swoopes (UT) throwing for 321 yards. Iowa State ran for 179 yards while the Longhorns had 191 yards on the ground.

This just goes to show that even Vegas can be way off once in a while.

Controversial ending aside, this game did feature one incredible strength. That was the run defense of Notre Dame. They allowed only 50 yards rushing on 26 carries for the Seminoles.

There may be recipe in there to beat Florida State. By stopping the run, they put the pressure on Jameis Winston to lead the Seminoles offense with his arm. If a team can force Winston into mistakes and turnovers, they can pull the upset. However, it is far more difficult to force Jameis into mistakes on the football field as opposed to off of the field.

This was a late night game, but it had plenty of fireworks and not a lot of defense. The two teams combined for 58 first downs, 1,012 yards of total offense, and 20 third down conversion out of 38 attempts.

BYU led 28-13 at the break, but saw their lead evaporate with four scoring drives by Nevada in the second half. All four of those scoring drives resulted in touchdowns and a 42-28 lead with less than 6 minutes remaining. The Wolf Pack held on for a 42-35 win to send BYU to their third straight loss without Taysom Hill.

Filling in for Hill has been Christian Stewart who looked excellent in this game until the fourth quarter. For the game, he went 39 of 63 for 408 yards with 4 passing touchdowns. He did not have a single interception, but he lost two fumbles in the final seven and a half minutes to dent BYU’s chances of winning. The first led to a touchdown by Nevada to take a 42-28 lead and the second occurred at the Nevada 34 yard line when the Cougars were driving for the game-tying score.

It was an unfitting end to a game in which Stewart played so well.