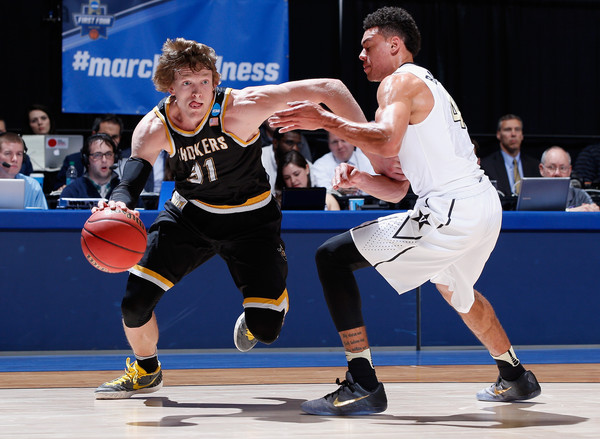 The first half was a back and forth affair with neither team able to get an upper hand. Vanderbilt led 30-25 inside the final two minutes, but four points from the free throw line by Baker helped the first half end in a 30-30 tie.

Wichita State started the second half the way the ended the first: on a run. They scored the first 11 points of the final 20 minutes to open a 41-30 lead with Baker and VanVleet scoring all of those points. Vandy was able to battle back to make it a 50-48 deficit with approximately 8 minutes left, but head coach Kevin Stallings was called for a technical foul. While the foul only led to one point, Wichita State was able to seize the momentum and end the game on a 20-2 run. The Commodores only points came via the charity stripe with less than three minutes left to play.

Vanderbilt’s season has come to a close with a 19-14 record. Their performance will leave some to question the Selection Committee’s decision to include them in the field as well. Vandy shot the ball terribly going 16 of 53 (30.2%) and just 3 of 19 from behind the arc (15.8%). They connected on 15 of 26 free throws (57.7%). Behind Toye’s and LaChance’s 10 points apiece, Luke Kornet nearly had a double-double with 8 points and 9 rebounds.