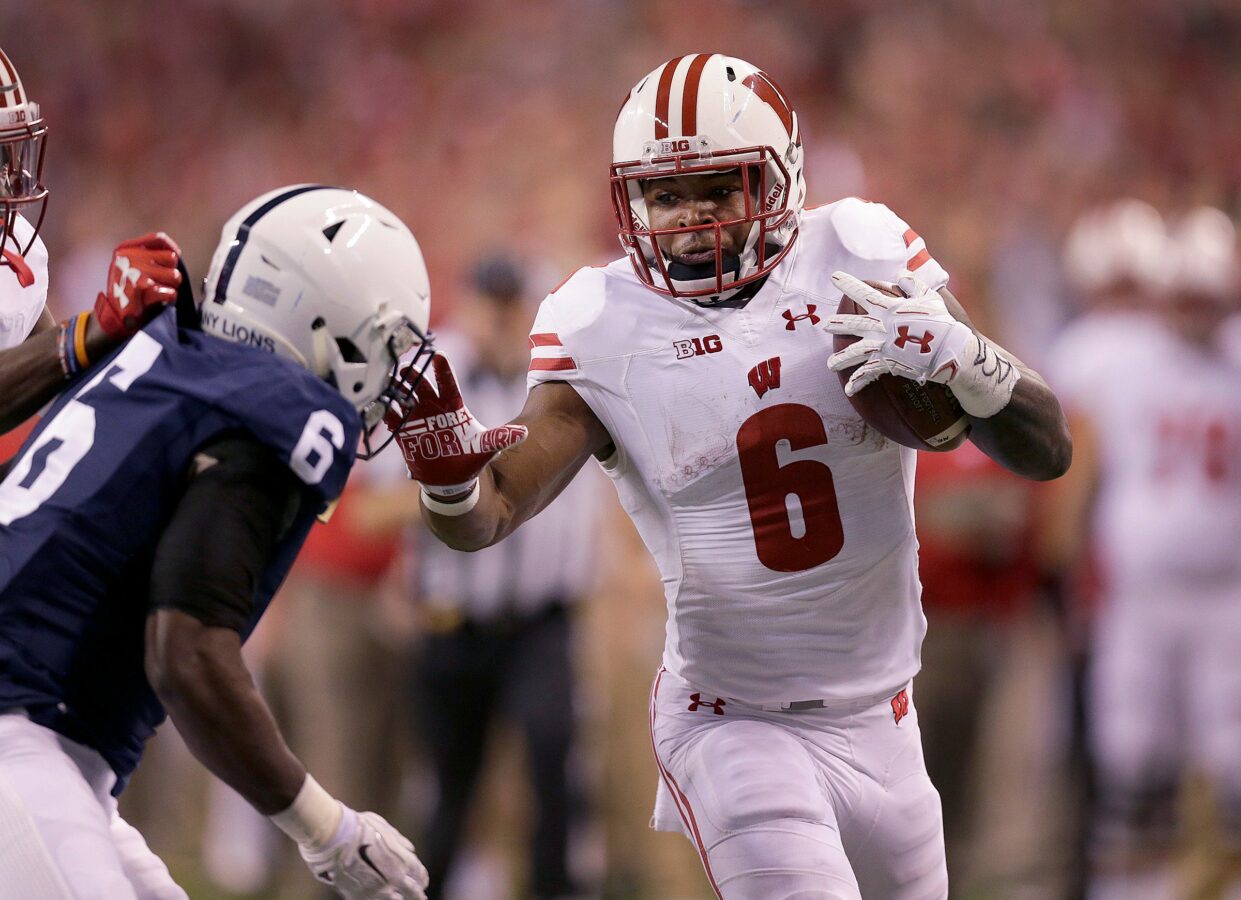 The Wisconsin Badgers suffered a heartbreaking 38-31 loss to Penn State in the Big 10 Championship game. They held a 28-7 lead late in the second quarter, but a defensive secondary meltdown saw them lose that lead in a hurry. We look at the good from the Badgers as well as the bad against Penn State.

1. The secondary was terrible – There might not be an adjective strong enough to describe how terrible the defensive secondary was for the Badgers. Horrendous? Non-existent? Abysmal? Take your pick, but it was not pretty. They shoulder the lion’s share of the blame for this loss. Deep pass equaled completion time after time in the second half for Penn State’s Trace McSorley (384 yards passing and 4 touchdowns).

Lubern Figaro missed on a tackle in the second quarter that was Saeed Blacknall waltz into the end zone. The corners were burned off the line scrimmage to get easy separation. It was ugly. However, this was not unexpected. It was mentioned here and here in the last two weeks and the Badgers also struggled against Georgia State’s passing attack early in the season. The highest passing total allowed this season coming into this game was 277 yards against Northwestern.

It was tough to watch, but now defensive backs coach Jim Leonhard has four weeks to fix it. And he might need every single one of those days depending on who the Badgers face in their bowl game.

2. Where will the Badgers land in the Bowl picture? – The Rose Bowl is out of the question now even if two Big Ten teams end up in the College Football Playoff. Bucky’s 5th Quarter has a great write up on where the Badgers may end up. One possible destination after this loss: Cotton Bowl against, presumably, Western Michigan. The Broncos are 2-0 against Big Ten teams in 2016 and they boast Corey Davis, one of the best receivers you may have never heard of. Did we say that the secondary needs some work?

3. The rushing attack was good, but not good enough – This sounds strange because they had 241 yards and 3 touchdowns in the game. The Badgers 115 yards rushing in the 1st quarter (tied most in one quarter with the Akron game). Corey Clement had 7.8 yards per carry (had 164 yards and 1 touchdown on 21 carries), yet the Badgers still lost. The team averaged 4.9 yards per carry.

However, they failed to get a yard on 4th and one with a minute left to play. That is a play the Wisconsin offense, offensive line, and running back should make. It was a great start for the rushing attack, but it slowed down immensely in the final 3 quarters.

4. Penn State made adjustments, the Badgers did not – The Badgers were burned in the first half on passing, but it was overshadowed by the 28-7 lead they built. In the second half, the Nittany Lions kept throwing it deep, but the adjustment they made was giving McSorley time. The Badgers created havoc in the first half along the Penn State offensive line, but the pressure dried up in the final 30 minutes allowing Penn State’s speed and passing attack to flourish.

5. Paul Chryst gets conservative – The Badgers were cruising in this game 28-7 when the T.J. Watt forced and recovered a fumble. The first play after a turnover? A run for 3 yards. The Badgers then threw incompletions on the next two plays and gave Penn State the ball back. The Nittany Lions scored on their ensuing drive.

The Badgers still had a minute left in the first half after that touchdown but opted to play conservatively again. They ran the ball twice, completed a 3rd down pass, but then went back to the run to end the first half. Were precious points left on the board?

Paul Chryst also opted to attempt a long field goal on their first drive of the second half with the unreliable Andrew Endicott. He missed a 48-yard field goal attempt and the Nittany Lions scored on the next play to make it a 28-21 game.

6. Houston played well, but could not get it done – Bart Houston played the entire game as Alex Hornibrook was held out of the game. Houston did well going 16 of 21 for 174 yards, but he succumbed to the pressure late. He missed a wide-open Troy Fumagalli late in the third quarter that would have given the Badgers a lead of 35-28 instead of the 31-28 lead they ended up with. If that is converted into a touchdown, then that 4th and 1 late in the game is a field goal attempt to tie the game (though that is far from guaranteed with Endicott kicking the ball).

There were also issues with holding onto the ball. He fumbled once in the middle of the third quarter and was lucky to get it back, but he also nearly fumbled a couple of other times. He does not get a ton of blame for this loss, but there were a few issues that stood out.

Wisconsin finishes the regular season 10-3 and will find out on Sunday where they are playing their bowl game. Below are previous columns providing thoughts on each Wisconsin game this season.