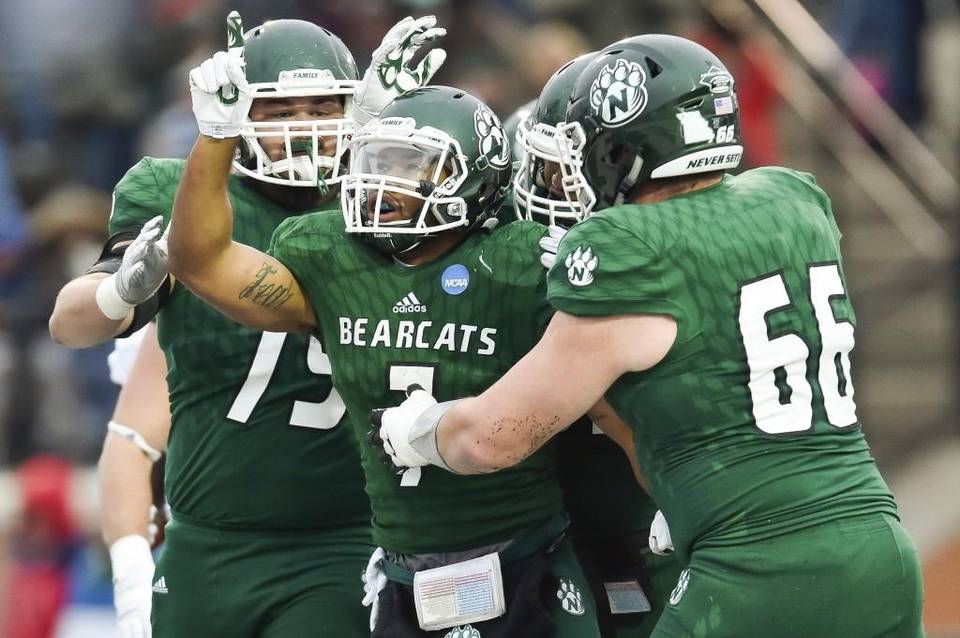 Just 60 minutes remain for the final two teams standing in the 2016 NCAA Division 2 Football Playoffs. North Alabama will meet Northwest Missouri State in the Championship Game on Saturday, December 17. This game will be played at Children’s Mercy Park in Kansas City, Kansas with a kickoff time of 4 PM Eastern and can be seen on ESPN2.

Below is the 2016 Division 2 National Championship Game preview and we will also provide a prediction for this matchup.

Semifinals: Defeated Shepherd 23-13 on the road

After an 8-1 regular season, North Alabama was given the top seed in their Super Regional. Their first game was against UNC Pembroke in the second round and they actually trailed 17-10 midway through the second quarter. They reeled off 31 straight points as Jacob Tucker accounted for 4 touchdowns (2 passing and 2 rushing). They had a much easier game in the Quarterfinals as they shut out North Greenville 38-0 with Tucker registering three more touchdowns (2 passing and 1 rushing).

Their semifinal game against Shepherd was impressive. They fell behind 7-0 after Shepherd’s first drive but responded with the next 17 points. After two late first-half field goals, North Alabama held a 20-10 halftime lead. The teams again traded field goals in the second half with North Alabama’s defense holding Shepherd to 105 yards of total offense in the final 30 minutes.

The Lions averaged 38.8 points and 437.8 yards per game on offense. The offense will go through Jacob Tucker who can pass or throw. He has thrown for 2,661 yards (61.1%) with 21 touchdown passes and 10 interceptions. Tucker has also run for 902 yards and 16 touchdowns. Tucker has accounted for two-thirds of North Alabama’s offense and he will be the focal point for the Northwest Missouri State defense.

For all the praise Tucker gets, and he deserves much of it, there are other options on offense. Running backs Damon Cox (517 yards and 8 touchdowns) and Ray Beasley (431 yards and 4 touchdowns) will get some carries. The receiving duo of Dre Hall (75 catches for 1,132 and 9 touchdowns) and Julius Jones ( 44 catches for 686 yards) will be the top two targets for Tucker. UNA has 59 red zone trips on offense converting 49 of those into scores (42 touchdowns and 7 field goals).

The Lions’ defense has been very good this season. They allow 13.3 points and 309.9 yards per game (129.3 rushing and 180.7 passing). They have allowed opponents 31 trips inside the red zone and given up 25 scores. The silver lining in that is they have allowed only 11 touchdowns on those 31 red zone opportunities.

In the secondary, Philbert Martial is a ballhawk with 6 picks along with 6 pass breakups. Dorsey Norris and James Rivers both have 3 interceptions while Maurice Carnell leads the team with 12 pass breakups.

Jeb Millender averages 37.7 yards per punt (45 on the season) with 16 ending inside the opponent’s 20-yard line. He will need to be in top form for the Lions. Kevin Henke had a solid season going 14 of 17 on field goals with a long of 50 yards.

Northwest Missouri State went 11-0 in the regular season and they dominated those 11 games. They won every game by double digits with the “closest” game being a 28-7 win over Fort Hays State. The Bearcats won their second-round matchup against Emporia State where they allowed negative 30 yards rushing in a 44-13 win. Their Quarterfinal game was against run-heavy Harding when they shut them out 35-0. They allowed 119 yards on the ground and of the six passes thrown by Harding, they picked off 2 of the passes.

The Semifinal game versus Ferris State was their toughest test yet. The Bulldogs made things very uneasy the entire game, but never reclaimed a lead after losing a 13-7 advantage midway through the second quarter. Ferris State came into the game averaging 493.3 yards per game but was held to 284 yards by the Bearcats. Meanwhile, the Bearcats put up 415 yards despite an injury to starting quarterback Kyle Zimmerman.

If Zimmerman cannot go, it will be down to Jonathan Baker (139 yards and 1 touchdown versus Ferris State) and Randy Schmidt to quarterback the offense. Schmidt is more of a wildcat type quarterback, which could give the Bearcats some change of pace in the backfield between their quarterbacks. Schmidt went 4 of 5 passing for 26 yards, but also ran for 71 yards and a score on 13 carries against Ferris State.

The rushing attack may see an increase in the number of carries if Zimmerman is out. Along with Schmidt, Phil Jackson (845 yards and 9 touchdowns), and Cameron Wilcox (624 yards and 13 touchdowns) will need to step up to help out Baker.

The Bearcats defense is the strength of this team. They allow 12.7 points and 243.8 yards per game (172.8 passing and 71 rushing). The rush defense allows just 2.1 yards per carry, which will come in handy against a dual-threat quarterback like Jacob Tucker. They have allowed 28 red zone trips all year and have given up 19 scores (14 touchdowns and 5 field goals).

The defense is led by linebacker Jacob Vollstedt, who is a beast. He has 130 tackles, which is 57 more than the second-leading tackler (Cass Weitl). Not surprisingly, he leads the team with 24 tackles for loss and has 6 sacks (third-most on the team). The sack leader is Collin Bevins at 8 while Weitl is just behind him with 7.5. The front four is menacing, but when you include Vollstedt, this group is imposing for any offense.

The secondary saw a loss against Ferris State when starting cornerback Marcus Jones went out. Jack Young leads the team with 6 interceptions while Kevin Berg has four and Jarrod Bishop has three. Anthony Lane has 18 pass breakups with Edward Richey at 11 and Berg at 8.

Matt Thorman averages 38.2 yards per punt (55 punts) and has put 16 inside the opponent’s 20-yard line. Simon Mathiesen has converted 18 of his 21 field goal attempts with a long of 48 yards. The Bearcats will feel pretty comfortable with him at anything 40 yards or less if the weather is cold.

As for North Alabama, they have been here before, it has just been a while. They played in, and won, three straight title games between 1993 and 1995. They are 3-1 overall in the National Championship game (lost in 1985 to North Dakota State).

This game will come down to Jacob Tucker against the tough Northwest Missouri State defense. He will need to have success with the run, which will not be easy. As of posting, both Kyle Zimmerman and Collin Bevins are questionable for this game. Even if Zimmerman does not play, we like Northwest Missouri State here because the defense will overwhelming. The Bearcats take this game 23-10 to win their third title in the last four years and sixth National Championship in school history.