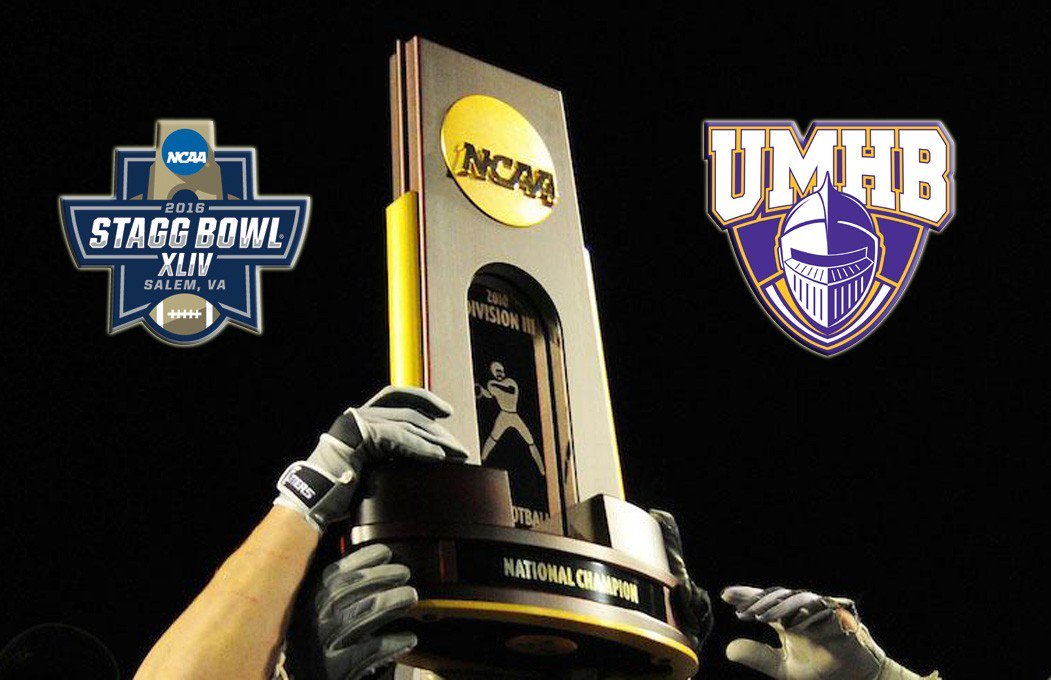 In their second trip to the NCAA Division 3 National Championship in school history, Mary Hardin-Baylor came away with their first title after defeating Wisconsin-Oshkosh 10-7. The Crusaders dominated the game offensively, but the scoreboard did not reflect that.

In a gritty, defensive struggle for much of the game, it was Mary Hardin-Baylor’s defense that came up with the biggest play at the biggest time. Matt Cody’s interception at the UMHB 27 yard line with 35 seconds left extinguished any hope of an Oshkosh comeback.

The bulk of the scoring came in the first quarter. Wisconsin-Oshkosh’s best offensive drive of the game was on their first drive when they marched 64 yards for a touchdown. Dylan Hecker’s two-yard rush put them up 7-0. The Crusaders responded with an 8-minute drive and got on the board with a 22-yard field goal from John Mowery.

The Titans had a great scoring opportunity after Blake Jackson threw an interception. They opted to go for it on fourth and ten at the UMHB 25 but failed to convert. The Crusaders responded with another good drive and it was Jackson punching it from a yard out to make it 10-7. The Titans had another chance to get points on the board, but Brett Kasper threw a pick near the end zone with his receiver well-covered. It was Jaedon Johnson who intercepted the ball and the Cru ended the half with a kneel down.

Oshkosh opened the second half with another drive deep into UMHB territory, but they failed to convert on fourth and two as Hecker was stopped for a loss. Just one play later, the Titans got the ball back after a lost fumble by Markeith Miller. The Titans only went backward and did not threaten to score after the fumble.

Mary Hardin-Baylor had a chance to make it a double-digit lead, but Jackson lost a fumble on his way to the ground at the Oshkosh 6 yard line. The Cru had a chance late in the game to force the Titans to need a touchdown for the win, but a missed 19-yard field goal by Mowery gave the Titans one final lifeline.

The Titans drove slowly and methodically down the field. A pass interference call against UMHB put Oshkosh at the 35-yard line. After three straight incomplete passes, it was Kasper who threw his second pick to Cody and give the title to the Cru.

Blake Jackson was a one-man crew throwing for 171 yards on 16 of 27 passing along with 119 yards and a rushing touchdown on 28 carries. He did have an interception and a lost fumble, but he picked up the slack for Markeith Miller, who was held in check (11 yards on 9 carries). The Crusaders had 332 yards of total offense, 19 first downs, and converted 11 of 18 third downs.

Wisconsin-Oshkosh was held to 215 yards on offense and just 30 yards rushing. Coming into the game, the Titans averaged 264 yards per game on the ground. Dylan Hecker was held to 29 yards on 13 carries (had the lone touchdown for the Titans) while Devon Linzenmeyer had 3 yards on 9 carries. They averaged 1 yard per carry (29 carries) had 12 first downs and went 8 of 17 on third down. Brett Kasper threw for 185 yards on 20 of 33 but also had 2 interceptions.

The Mary Hardin-Baylor defense deserves a ton of credit for their performance. Holding a potent rushing attack like Wisconsin-Oshkosh to 30 yards is impressive. That is a large reason why the Cru won their first Division 3 Football National Championship.