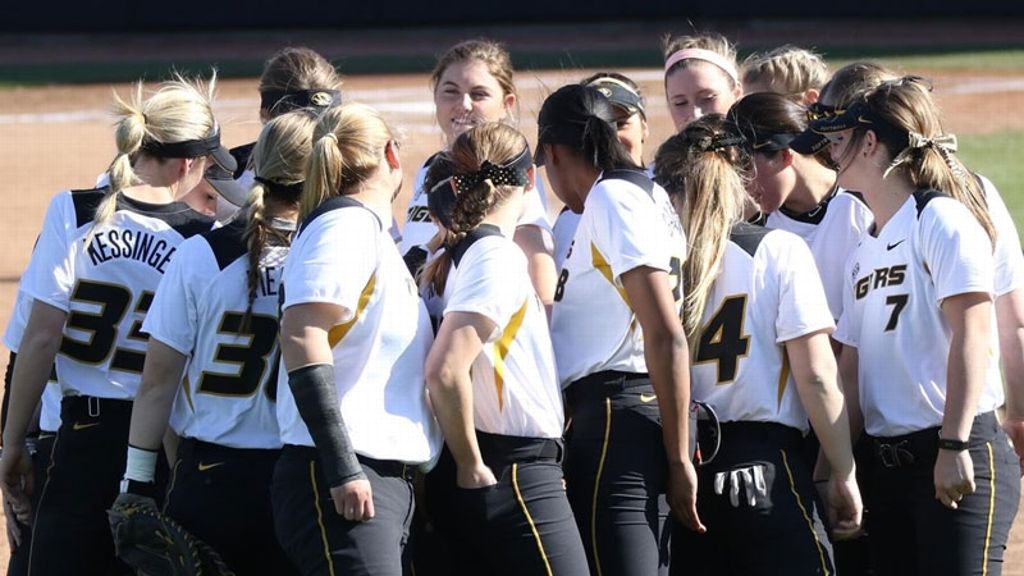 The fourth edition of our power rankings for the 2017 season encompasses the last week of March and the opening weekend of April. There was not much movement at the top, but the bottom of the poll continues to remain fluid. Below we list the top 16 teams along with the next four teams.

We will start by providing last week’s rankings below and please note the table below is based on records as of March 28.

Below is the fourth edition of our 2017 power rankings and please note the records listed are through games as of April 4.

The Gators (#1 last week) had a perfect week going 4-0 with a midweek victory over Bethune-Cookman and a sweep of Arkansas over the weekend. The Florida bats were hot all four games and the pitching allowed just 2 runs on 8 hits in the three-game set at Arkansas. The Gators will take on North Florida on Wednesday followed by a three-game set at home against Georgia.

Florida State (#2 last week) had another successful weekend against ACC opposition. Their pitching was not as good as previous weekends giving up seven runs against Pittsburgh, but the bats were on fire. The first two games saw FSU have 24 runs on 29 hits before a relative cooldown of only five runs on six hits in the series finale. The Seminoles will be heading up to New York over the weekend for a three-game series at Syracuse.

The Wildcats (#3 last week) had a strong pitching week posting as many shutouts (three) as runs allowed. They defeated Grand Canyon twice on Wednesday and then swept California on the road. Danielle O’Toole went 3-0 to improve to 19-1 while Taylor McQuillin went 2-0 to improve to 12-0. Arizona faces Stanford at home over the weekend.

Oregon (#4 last week) is still perfect after a 6-0 week. They posted three shutouts in wins over BYU and Arizona State. Maggie Balint won three of the games, two of them in relief appearances, and saved another to move to 16-0. The Ducks had played 9 ranked opponents in a row before facing Portland State, a team they defeated twice on Tuesday. Oregon will get another ranked opponent in UCLA but will be on the road.

Auburn started the weekend learning of their associate head coach’s resignation on Thursday night. They ended the weekend celebrating a sweep of Georgia on the road. The first two games were full of walks as Auburn drew 11 on Friday and 8 on Saturday. The finale was a close 4-3 victory, but Auburn was able to get past the last inning rally by the Bulldogs. Auburn takes on Samford midweek before welcoming Ole Miss at home.

The Aggies (#6 last week) had a nice 3-0 week though their last game against South Carolina was canceled due to weather. They defeated Texas State 5-1 on Wednesday with Samantha Show allowing just one hit and one walk in her complete game. They won the opening game 5-2 against South Carolina and followed that up with a 16-0 drubbing in the second game. Samantha Show again played a huge role in the circle (allowed three hits and two walks in a complete-game shutout) and in the batter’s box (4 RBIs including a three-run homer). The Aggies drew 10 walks as nine different batters recorded an RBI. Texas A&M plays McNeese State on Wednesday and then has a non-conference series at home versus Oklahoma State.

Oklahoma (#9 last week) makes a move-up the rankings with an emphatic sweep of Iowa State to kickoff Big 12 play. The Sooners won the three-game series by a combined score of 40-5. Nicole Pendley recorded 6 RBIs and Macey Hatfield had 5 RBIs. The Sooners will welcome Arkansas to Norman and then travel to face Texas over the weekend.

Minnesota (#7 last week) won the first and third game of their series against Illinois in shutout fashion. Sara Groenewegen threw complete-game shutouts in the two wins allowing a combined two walks, six hits, and striking out 19 batters. Kendyl Lindaman had a 6 RBI effort in the opening game. The Gophers also posted two five-inning shutouts of South Dakota on Tuesday. Tori Finucane one hit the Coyotes in game one allowing just two walks and striking out nine while Amber Fiser and Carlie Brandt combined to two-hit them in the second game. Both Fiser and Brandt allowed one hit apiece as Maddie Houlihan, Sydney Dwyer, and Lindaman all posted 3+ RBIs on the day. Minnesota has a home series against Indiana over the weekend.

A week after going 0-3, the Utes (#11 last week) bounced back to sweep Stanford on the road. The bats were hot as they recorded 25 runs on 34 hits, but they also recorded five errors over the first two games. Heather Bowen had 6 RBIs in the second game thanks to a first-inning grand slam and a two-run single in the seventh. Utah will be playing California in Salt Lake City over the weekend.

The Bruins (#12 last week) scored a nice series victory over Washington on the road to make a move up the rankings. The hitters came through for UCLA, which is the strength of this team. UCLA won the opening game 6-2 and then nearly squandered a 6 run lead in the second game, but held on for the 9-8 win. The series finale saw Washington win with a strong offensive showing of their own in a 12-7 victory, but UCLA showed what they are capable of against a good squad. UCLA can make a mark next week as undefeated Oregon comes to town.

Baylor (#13 last week) completed an undefeated week at 4-0 with wins over Abilene Christian and Texas Tech. Kelsee Selman had her stuff going against Texas Tech with two wins allowing one run on two walks, seven hits, and striking out 18 combined in the victories. She went to 17-3 and also recorded third save of the season during the sweep of the Red Raiders. Baylor will take on Iowa State at home over the weekend.

Alabama (#8 last week) suffered a series loss at Missouri and subsequently dropped in the rankings. The Tide could not score any runs in the first game in the 2-0 loss but came back to post a strong 9-3 victory in the second game with Peyton Grantham hitting three home runs. The third game was an extra-innings loss that saw the Tide lose the lead twice, though both leads were never more than two runs. Alabama has been shutout at least once in each of the last three SEC series. The Tide will take on Lipscomb Wednesday followed up by a home series against LSU.

Washington (#10 last week) lost a series at home to UCLA. They lost the first game 6-2 as the bats could not get going and 9-8 in the second game with the rally coming up short in the bottom of the seventh. The final game was much better as the offense continued its surge from Saturday with a 12-7 win over the Bruins including 5 RBIs by Casey Stangel and 3 RBIs by Ali Aguilar. Washington will take on Oregon State at home over the weekend.

The Ragin’ Cajuns (#15 last week) had a stellar weekend with an easy sweep over Georgia Southern. They won their three games by a combined score of 31-4 as DJ Sanders, Lexie Comeaux, and Daniella Chavez all recorded a 4 RBI effort in the series. The Ragin’ Cajuns recorded 5 home runs over the three games. They will be at home against Troy over the weekend and then take on Southeastern Louisiana on Tuesday evening.

LSU (#18 last week) is back in the top 16 after a sweep of Mississippi State at home. The Tigers’ pitching was excellent over the weekend series allowing three runs on 11 hits including four hits over the final two games. Sydney Smith threw a complete game three-hitter on Saturday while Allie Walljasper threw a complete game one-hitter on Sunday. LSU has a huge clash at Alabama over the weekend followed by a Tuesday night game against McNeese State.

The Vols (#17 last week) had an excursion outside of the SEC as they swept North Carolina State and Eastern Kentucky handily. Megan Geer had 6 RBIs in the series against NC State, Meghan Gregg had 5, and Brooke Vines had 4. Both Geer and Scarlet McSwain had 2 home runs over the three games to lead the Vols offense to 30 runs and 32 hits. The Vols continued the offense with a 10-1 win over EKU with 10 runs on 10 hits as six different batters recorded an RBI. Tennessee travels to face Kentucky and then plays a doubleheader against Tennessee State on Tuesday.

Michigan (#19 last week) continued their dominance in the circle with a sweep of Northwestern. The Wolverines shutout the Wildcats in all three games allowing only 8 hits over the three games. Michigan has won 12 games in a row and posted shutouts in their last seven games. Michigan travels to face rival Ohio State over the weekend.

James Madison (#14 last week) dropped again this week after another surprise loss to a conference foe along with a loss to Virginia. The Dukes started the week with a doubleheader sweep of Virginia Tech in a doubleheader on Wednesday (2-0 and 7-6). The Colonial loss was to College of Charleston and it was not even a close game. The Cougars won 6-1 over the Dukes with JMU mustering just one run on four hits. James Madison did win the other two games against the College of Charleston 16-6 and 3-2.

James Madison could not double up on Virginia on Tuesday. They started well with a 9-1 victory thanks to a 4 for 4 day from Megan Tolle as she and Taylor Newton both had 3 RBIs. Game two saw the Dukes fall behind 5-1 going into the seventh, but a 2 run home run from Kate Gordon and an RBI double by Megan Good came up just short in the 5-4 loss. JMU faces Towson over the weekend as they look to bounce back from an up and down week.

Missouri was not ranked last week and was listed under knocking on the door. Well, the Tigers went right through the door and make a case for being ranked higher after taking two of three from Alabama. The pitching did well in the two wins allowing six hits in the 2-0 win on Friday and five in the 4-3 win on Sunday. The Tide won the middle game 9-3 after Missouri gave up four home runs with three going to Peyton Grantham. Missouri is a tough out for any SEC team, especially when the Tigers at home. That is where they will be against Southeast Missouri State on Wednesday and over the weekend versus Arkansas.

BYU, like Missouri, was listed under knocking on the door last week and now crack the top 20. The Cougars lost a 1-0 battle to Oregon on Friday despite a strong outing from McKenna Bull. She went six innings giving up one run on three hits and striking out 8. BYU ended the weekend with two wins over Oregon State 4-2 and 2-1.

The Cougars have faced a strong schedule this season with wins over Washington, Georgia, Fresno State, and Utah. They have also faced and lost to Oklahoma, Auburn, Arizona, Texas A&M, Fresno State, and UCLA (twice). They have two tough losses on the résumé to LIU Brooklyn and McNeese State. The Cougars take on Mountain West-leading Utah State on Wednesday and then start West Coast Conference action on Friday at Loyola Marymount.

Kentucky and Georgia both fell out of the top 20 and into this space. These teams have some work to do to be one of the top twenty, but could make a jump over the new few weeks (in alphabetical order):

Below is the Week Four Power Rankings table: