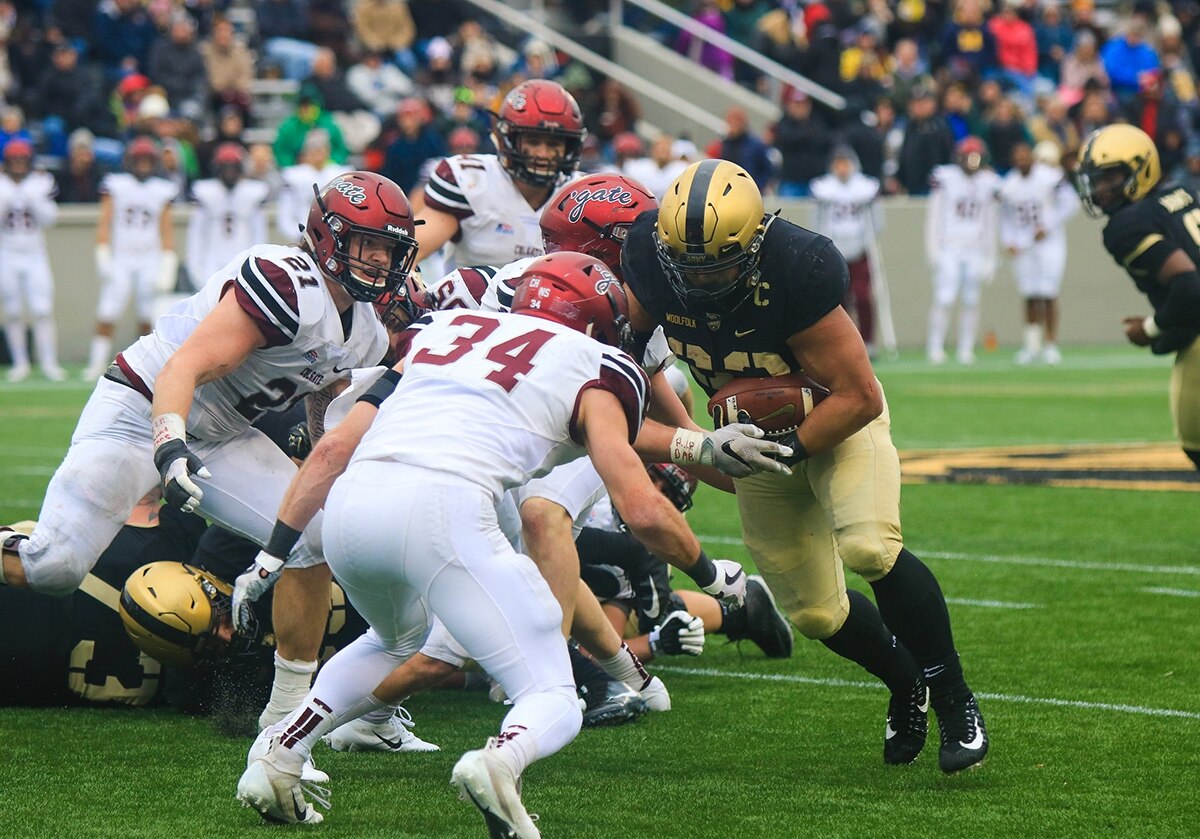 The 2019 college football season starts in four weeks and the first few weeks present what are typically tune up games for the larger programs in Divison I. Below is a list of all 114 of the 2019 FBS versus FCS games by week.

While it is not uncommon to see FCS teams play multiple FBS opponents during the same season, it is far more uncommon for FBS teams to play two or more FCS teams due to bowl eligibility concerns. Only one of the two wins over an FCS opponent will count towards bowl eligibility. Effectively, 7 wins are needed for FBS teams who play two FCS teams (although this may not always be the case due to 5 win teams and bowl game scenarios).

There has been an average of approximately 9 FCS over FBS wins per season since 2010. 2013 marked the high point as 16 FCS teams defeated FBS opponents. Below is a chart showing the number of FCS wins as well as those wins as a percentage of FBS versus FCS games since 2010.

Below are the FCS versus FBS games by week. All times listed below are Eastern.

Those are the 2019 FBS versus FCS games as of this writing. Any updates to dates or times will be provided as soon as they are known. Any missed changes and corrections are welcome!