Which Schools Would Be A Good Fit In The FCS? 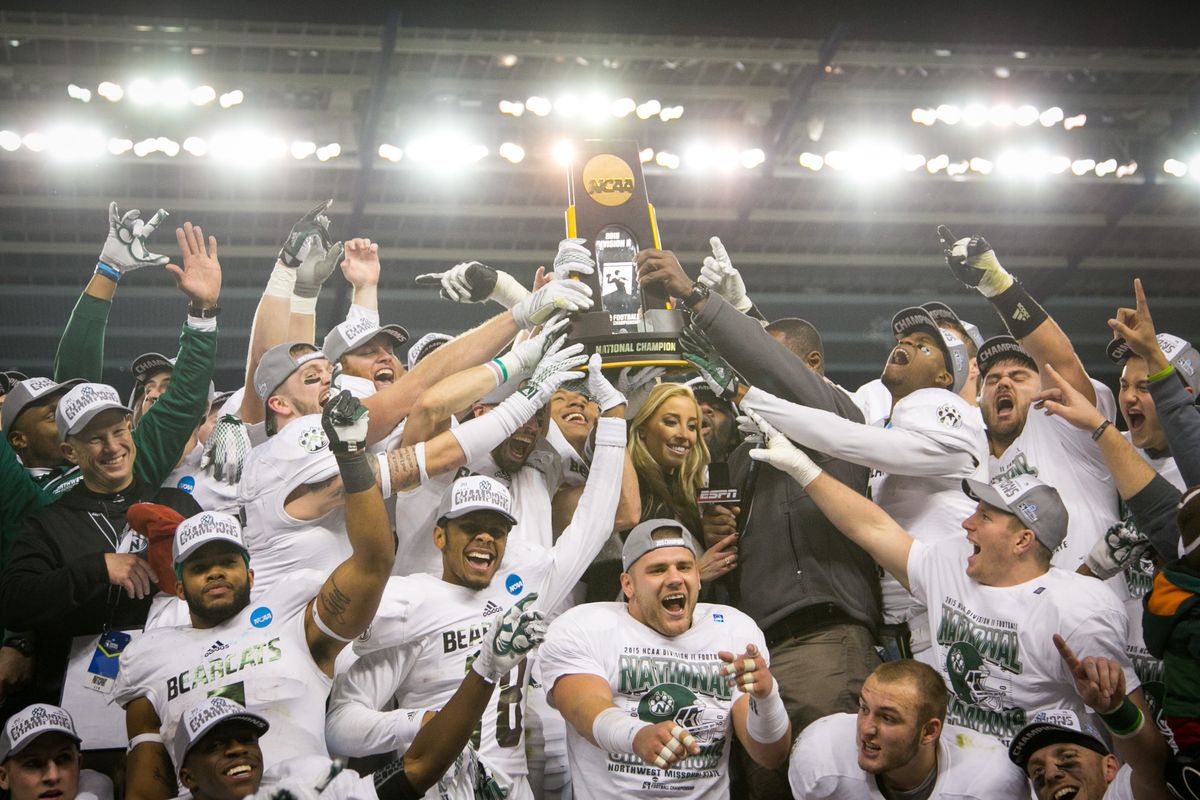 Last year, we looked at the FCS to FBS transition in a two-part series. Part one focused on how teams have historically performed going from the FCS to FBS. Part two analyzed the most likely candidates to consider a move to the FBS as well as two new programs. When going through the latter part, we found there would be some ideal landing spots in the FCS for certain schools.

We provided VCU and UT Arlington as two choices for a new program to land in the FBS. Biasedly, we like the choices we provided but when we take an even closer look at UT Arlington, there might be a better fit: the Southland Conference. The Southland members reside in Arkansas, Louisiana, and Texas making for lower travel costs. UTA would probably need to upgrade their facilities that have not been used for college football since 1985 (they have been used for high school football since that time).

UT Arlington is also currently part of the Sun Belt Conference, which makes the decision difficult. Do you forego the FBS conference to save on costs? Will you recoup the money needed for an expansion of the stadium? Is FBS the right fit? Those are only a few questions administrators will ask as they evaluate their options.

We will draw from two groups of teams: Division 1 programs that do not currently have a football program and current Division 2 schools. This list will not include known future FCS teams such as Merrimack College, Long Island University, Dixie State, or Augustana University.

Edit: The fine folks of Twitter have also pointed out that Tarleton State is considering a move to the Southland Conference in Division I. Tarleton State’s study can be found here. In addition, a new stadium built on the West Texas A&M campus along with a feasibility study by Collegiate Consulting could be a signal for an impending move to the FCS.

Let’s take a look at the (potential) candidates below. Please note, these are strictly speculative and this is simply a fun FCS thought experiment.

Since 1998, the Northwest Missouri State Bearcats have been to the Division 2 National Championship ten times, winning six of those games. They have become the logical division two candidate to step up into the FCS.

Their current stadium capacity is 6,500, which is on the small end for a move up to FCS. The student population of roughly 6,500 is not ideal and there would need to be additional revenue generated from the Bearcats to accommodate the move to the FCS. It is also not suitable to hold the Missouri Valley Football Conference crowds. It may seem a bit harsh throwing them into the same conference as North Dakota State, but geographically this option makes the most sense.

Speaking of geography, their current configuration in the Mid-America Intercollegiate Athletic Association is condensed from southern Nebraska to central Oklahoma and only as east to the Missouri-Illinois border. The current set up is tough to beat in terms of travel.

Verdict: It would be awesome to see the Bearcats move up to the FCS and be apart of the Missouri Valley Football Conference. However, that would increase costs in terms of travel and some stadium expansion for bigger crowds, which makes the jump unlikely at this time.

Cal State Fullerton had a football program until 1992 due to a terrible on field product and low attendance. Since 1995, there have been repeated efforts to bring it back. As this article lays out, there are some hurdles to get over before this becomes reality.

One issue is the 10,000 seat stadium built in 1992. Yes, that is acceptable by FCS standards (compared to other programs as well) but the revenue generated for those 10,000 seats would not be enough to fund the football team. There is a large student population of 37,000 so perhaps there would be enough demand.

The Titans would be placed in the Big Sky Conference, which already has three California based teams. The travel at times might be tough if they have several trips up north each year (and do not forget about the cost of travel for other sports if they all go to the Big Sky).

As of right now, the Titans call the Big West home for their other sports and all of those teams play in California. That is a huge cost addition that is tough to ignore. Even if they only have football sponsored in the Big Sky, the costs increased travel costs would be a huge burden.

Verdict: Unlikely due to the travel costs for the football team and expansion of the stadium. Another worry is the long-term attendance if the school does not do well on the field as happened in 1992.

Valdosta State has only been playing football since 1982, but have reached the pinnacle of Division 2 football four times in 2004, 2007, 2012, and 2018. Located at the southern border of Georgia this school would be perfect for the Southern Conference. This is similar to their current conference, Gulf Coast. The travel costs would be similar in this scenario.

The stadium fits 11,250, which is a good size for Division 2. It may need to be expanded especially if they continue to be a good football program in the FCS. The current student population is 11,000, which is on the lower end.

Verdict: This would make sense and be a good option. However, VSU does not seem too keen on a move at this time.

Grand Canyon may seem like a random team, but there are reasons why they might be a good fit. They moved from Division 2 to Division 1 in 2013 when they joined the WAC. In 2017, the NCAA approved the move to Division 1 allowing the Antelopes to be eligible for the postseason. Also, they play in the southwest, which would make them a decent addition to the Big Sky.

There is another factor at play, but it could be double-edged. Grand Canyon has over 90,000 students enrolled, but 70,000 of those students are enrolled in online classes. That is a massive revenue stream if they are to pursue a football program. There are a solid 20,000 students on campus, which is great for GCU, but the question becomes what happens if they are not successful on the field? Does the attendance start to dip badly? How would the fans react (and not just on social media)? Will the 20,000 on-campus students be enough to justify spending money on facilities over the long run?

Speaking of on-campus limitations, GCU would need to build a new stadium to host games. They currently have some impressive new facilities so we know it can be done properly, but cost of a new stadium is always a concern. Travel costs would also certainly be a concern as part of the Big Sky. With the Lopes are currently in the WAC, they have a unique travel schedule at times stretching from Chicago, Illinois (Chicago State is in the WAC) to Seattle, Washington.

There is not much momentum for a football team at GCU right now, but that could change.

Verdict: We will say likely, even if not for another decade or two. Grand Canyon is clearly building something impressive and eventually football will be part of that vision. They may even go for FBS football if the perfect situation arises (Mountain West perhaps?)

Northern Kentucky recently moved from the Atlantic Sun Conference to the Horizon League. The school was previously part of Division 2. The main reason for the move was due to geography as most Atlantic Sun schools played in southeast with several in Florida.

NKU has a student population of 14,500, which is on the lower end, but not the worst. For a stadium, they would have to build from scratch as none of near campus options could be reasonably fitted to host a football game.

The Norse would fit in well with the Ohio Valley Conference for their new football team. The longest trip would be to northern Alabama to face Jacksonville State. The travel costs would be comparable for the other sports though the inclusion of football would make the travel costs skyrocket due to the size of the roster.

Verdict: Unlikely. Previous estimates made by NKU pushed them towards a path to Division 1 instead of a football team. A new stadium plus all the other costs associated with the introduction of a football team make it prohibitive.

While we think all the schools mentioned above would be great fits for the FCS in terms of geography and the new conference, it is impossible to ignore the costs. Whether it is a new stadium or just an expansion, that has to be measured against the additional revenue generated. In most cases, it just is not viable to make the move even if all five programs would make for wonderful additions to the FCS. However, the allure of FBS football has not stopped some like Liberty and Massachusetts from making the jump.