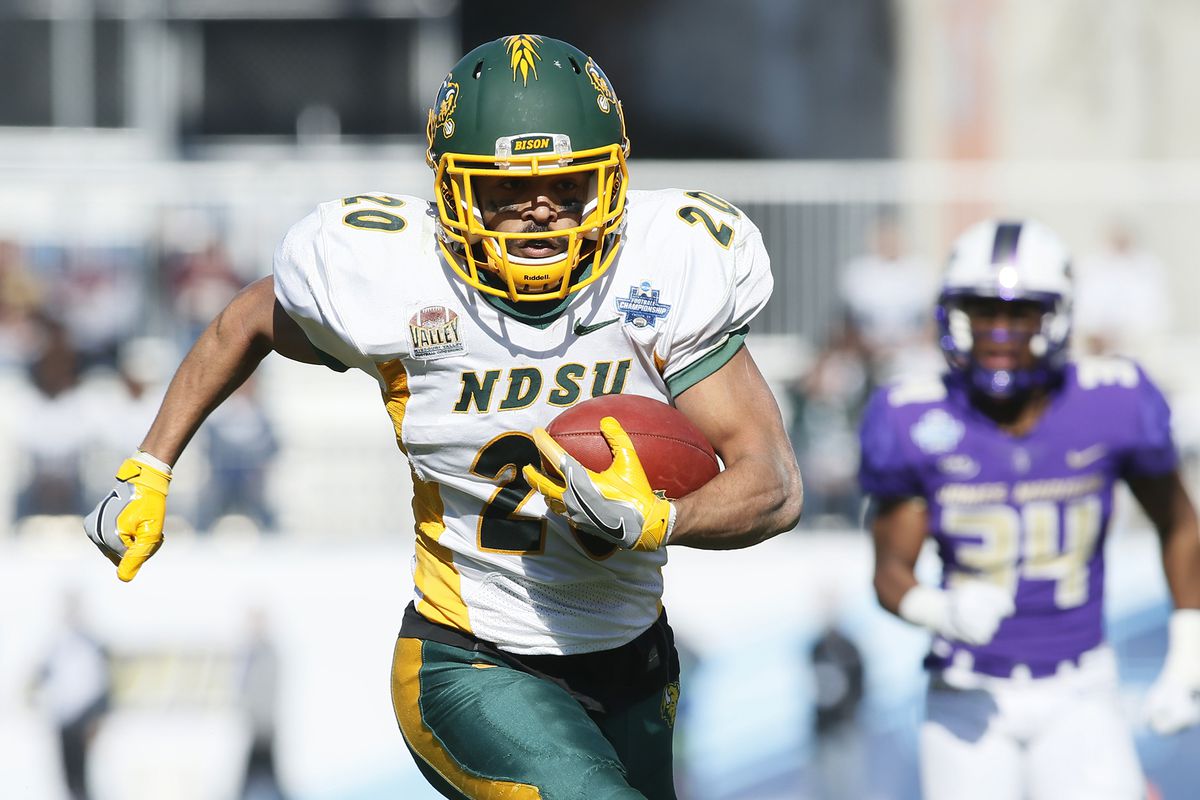 Welcome to the second portion of our two-part series examining the transition from the FCS to FBS. In part one we looked at how teams have fared in the past. In this second part, we look at the teams best suited for the transition and also look at a few other teams.

We will make some assumptions about each team below that may or may not hold true if these scenarios in reality. For one, we look at each team separately and do not take into account all the dominoes from a potential realignment with our other teams. That would be far too time-consuming to consider.

Secondly, geography and travel are big components of the analysis. We look first at which geographical area would be best and then look at the additional travel required if they were to move conferences.

Finally, keep in mind that while these teams would see increased revenues after they moved, they would also see increased costs in the form of stadium upgrades and travel for other sports would increase among other factors.

Now we can look at potential jumpers and new programs with the criteria we laid out in the first part. Please note, the below is purely a fun, speculative exercise.

North Dakota State is the first team discussed any time FCS to FBS transitions is explored. The Bison have only won six of the last seven FCS National Championships as of this writing and have clearly been the best team of the decade at the FCS level. There is one issue that really hurts the Bison and that is location.

NDSU is currently the most northern member of the Missouri Valley Football Conference until 2020 when North Dakota joins. NDSU is geographically awkward if they were to move up to the FBS. The best fit would be the Big 10 especially in terms of their location and style of play. However, the Bison would have to prove themselves at the FBS level first which would put them in the Mountain West. Again, this is not exactly ideal.

Also consider the Fargodome, which has a capacity of 19,000 for football. They would have to upgrade the stadium to accommodate the increased number of fans. That would take money, which the Bison would recoup over time, but what about the additional travel costs not just for football, but also the other sports?

Verdict: We would love to see North Dakota State make the transition, but it does not seem likely given some of the logistical constraints.

Here is another FCS powerhouse each year. The Bearkats have made seven straight playoff appearances with two National Championship losses to North Dakota State (those pesky Bison). Sam Houston State has one of the best offenses each season in the FCS and plays in the Southland Conference.

The Southland Conference is a wonderful geographical set up for the teams. All members are from Arkansas, Louisiana, and Texas, which is more than convenient. So where would they land if they went to the FBS? There are three conferences: The American Athletic Conference,  Conference USA, and Sun Belt.

The American Athletic Conference would place the Bearkats in the West along with Houston, Memphis, SMU, Tulane, Tulsa, and Navy. Navy is a horrendous fit for the West Division, which means that the AAC could balance the divisions by getting a second West team and moving Navy to the far more natural East. In this case, they would face six west opponents and two east opponents each season.

Conference USA currently has 14 teams with seven from the West Division located in Alabama, Louisiana, Mississippi, and Texas. If C-USA expanded to 16 teams that would leave only one game per season they would face an East Division opponent (based on an 8 game conference schedule). They would also face that East opponent on the road once every other year. Not a bad move based on the assumptions above.

The Sun Belt is the final option and teams leaving the Southland Conference frequently find the Sun Belt as their FBS destination. The conference has been split into East and West Divisions among its 10 members. The West Division has teams from Alabama, Arkansas, Louisiana, and Texas. Based on an 8 game schedule, they would have to face two East opponents each year with one at home and one on the road.

Finally, Sam Houston State would have to increase the size of the stadium from the current size of roughly 12,500.

Verdict: The Southland Conference is a wonderful spot for Sam Houston State right now. If they were dead set on the FBS, then Conference USA would be the best option.

James Madison is a recent addition to the top level of the FCS. The Dukes have made the playoffs four straight seasons, but the last two put them up with the best. In 2016, they upset the Bison for the National Championship and then followed that up in 2017 with a loss to Bison in the title game. To be fair, this is not the same sustained success as the previous two entrants, but strong enough for consideration.

The Dukes currently play in the Colonial Athletic Association, which stretches from Maine to South Carolina. JMU sits at the southern edge of the conference, which might make travel costly depending on the scheduling rotation.

JMU, like Sam Houston State, has several options. They could go to the American Athletic, Conference USA, or Sun Belt. James Madison would face the opposite of SHSU’s possibilities for all three.

The Dukes would be in the East for the AAC though that would make it unbalanced in terms of natural East and West programs. For C-USA, they would be a natural fit for the East Division while the same would be true for the Sun Belt.

James Madison has a solid stadium size already at 25,000, which will make the costs relatively less expensive for expansion.

Verdict: James Madison sits in an awkward geographical position for the three conferences above. Conference USA would be the best fit for costs and travel as they would only face a West opponent on the road once every other year.

The Jacksonville State Gamecocks have dominated the Ohio Valley Conference with four straight titles. They have made the FCS playoffs five straight seasons with a title game appearance in 2015 (yes, they lost to NDSU).

As part of the OVC, Jacksonville State is the southernmost member, but it is a comfortable distance to the northern most team, Eastern Illinois. The team furthest to the west is Southeast Missouri State on the Missouri-Illinois border, which again, is not too bad.

If the Gamecocks were to go to the FBS they too have the options of the AAC, C-USA, and Sun Belt. However, one fits better than the other two and that is the Sun Belt.

JSU’s location in northeast Alabama puts them right in the middle of the conference in terms of location. That would make them ideal to be put in either division as needed. Or the Sun Belt could flip the division from east and west to the north and south while also adding another team to have an even number of teams.

The JSU stadium can hold 24,000, which will help limit the amount they need to spend on expanding the stadium.

Verdict: The Ohio Valley is a decent fit for them, but if they are looking for the FBS, the Sun Belt makes sense. While the AAC and Conference USA are both plausible, the Sun Belt felt most natural.

Eastern Washington has also been a mainstay in the FCS Playoffs. Since their National Championship in 2010, they have made the playoffs five times and progressed to at least the quarterfinals on each occasion. Four of the five appearances resulted in a semifinal appearance.

The Eagles play in the Big Sky Conference which stretches from Washington all the way to the middle of Arizona and out to the eastern border of North Dakota. As mentioned above, the University of North Dakota will be moving to the Missouri Valley Football Conference and it is not hard to see why when their closest in conference opponent is Northern Colorado.

There are two natural destinations for EWU with the Pac-12 and Mountain West. The Pac-12 is a long shot considering they would probably want to see how they perform in the FBS before having them join. So that leaves the Mountain West.

The stadium capacity of Roos Field is a paltry 8,600, which means a huge outlay to expand the size. At least their red turf would go along nicely with Boise State’s blue turf.

Verdict: The current travel arrangements do not differ much as if they were to play in the Mountain West. The stadium expenditure would probably be another point of concern. The reality is go for Pac-12 money (extremely unlikely) or stay put in the Big Sky.

VCU, currently in the Atlantic 10 for all other sports, would make a wonderful addition to Conference USA. They are located in Richmond, which is the capital of Virginia. That provides a great fan base for any potential team. VCU has not fielded more than a club team for football. In addition, a stadium would be required for the football team making the likelihood of this happening slim.

What VCU does have in terms of location also applies to the student body. The Rams have the second-highest enrollment in the state (not counting Liberty’s online degree numbers). That provides a solid footing if they choose to pursue adding a football program.

There have been some worries expressed by current Athletic Director Ed McLaughlin. He feels that the costs would exceed the revenue generated as noted here. It appears that as long as McLaughlin is at VCU, the Rams will not have a football team without someone donating what is needed.

Verdict: Highly unlikely given the current AD and all the startup costs for the program.

UT Arlington previously had a football program until 1985 when the constant financial losses caused the school to stop sponsoring the sport. It may be time for the Mavericks to make a comeback to the field. UTA is the fourth largest school in Texas with an enrollment of 42,000 in the football crazed state.

Back in 2004, students voted to increase tuition by $2 per semester hour if football was brought back. All good then, right? Well, not quite. The costs would be enormous especially if the ultimate goal is the FBS. The stadium, which currently holds 12,500, would need a massive upgrade to host FBS football games. To pay for the new sport, the cost would most likely go to students in the form of higher tuition as noted above.

Verdict: Viable but UTA needs to be prudent about the costs and expected revenue so they do not make the same mistake from 1985.

That concludes the second part of our series on the FCS to FBS transition. We hope you enjoyed the speculation and analysis!

2 thoughts on “Transitioning From FCS To FBS Part 2: Potential Teams”