FBS and FCS Changes For 2019 Season 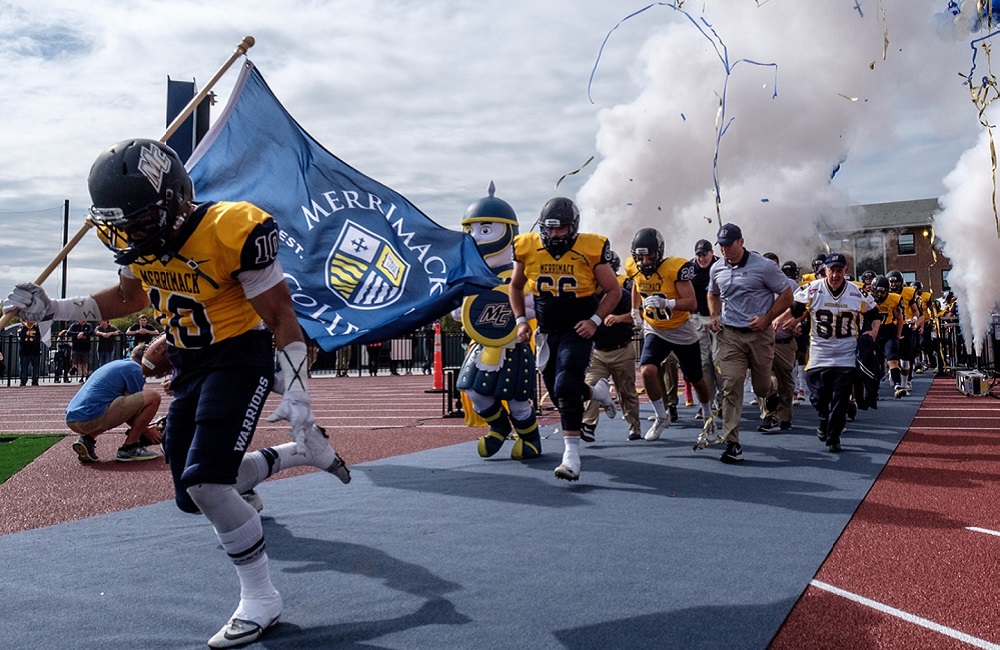 The college football season does not kickoff until August 24, but that won’t stop us from getting excited. We will start by detailing the FBS and FCS changes for the 2019 season.

We start with a general rule change regarding overtime. The change this season is that teams will go for two instead of starting at the 25 yard line commencing with the fifth overtime. Four overtime periods will be played as they previously were with each team getting the ball. Previously, teams played as many overtimes as necessary with each team getting a possession until one team failed to match the other team in points for that overtime period. In addition, the third and fourth overtimes will still require the teams to go for a two-point conversion.

Another note: a two-minute break has been mandated after the second and fourth overtimes. At least we will have a chance to catch our collective breath.

Amazingly, there are very few changes in terms of team movements. The one note is that Liberty will be bowl eligible in 2019 after moving up from FCS in 2018. The Flames will remain an Independent team and will once again play New Mexico State twice this season as they did in 2018.

A plethora of changes will largely take place at the FCS level. The overtime rules discussed above will apply here as well.

Thanks to the NCAA’s draconian bylaws, the 2019 season allows for a 12 game regular season at the FCS level instead of the usual 11. Why? Simply due to the calendar. 14 Saturdays between Labor Day weekend and the last Saturday in November (see bylaw 17.10.3 on page 272) allow for the 12 games to be played.

This last time this occurred was in 2013 and will happen again in 2024. For FCS fans, the likelihood of a permanent 12 game regular season are zero after the NCAA rejected a proposal back in 2017.

Conference Changes – Up From Division II

We start with the two teams moving up from Division II into FCS competition.

The second team moving up from Division II to FCS is Long Island University. They too are moving from the NE-10 to the NEC. LIU is merging the LIU Brooklyn Blackbirds and LIU Post Pioneers to become the LIU Sharks. The Pioneers were part of the Division II level while the Blackbirds were already at the Division I level, but did not sponsor football. The Sharks will be competing with a 7 game conference schedule in 2019. LIU will be eligible for the NEC title.

Moving Down To Division II

Two teams are moving from an FCS Independent to the Big South. Those schools are the Hampton Pirates and North Alabama Lions. The Big South will have 8 teams this season.

Hampton left the MEAC after the 2017 season after joining the conference in 1995. The Pirates played as an FCS Independent in 2018 in their transition year to the Big South. They played 10 games (Tennessee State game was cancelled due to Hurricane Florence) and went 7-3. The Pirates are eligible for both the Big South title and the FCS Playoffs.

Meanwhile, North Alabama moved up from Division II for the 2018 season. After a 7-3 season in 2018, the Lions will face a full slate of FCS teams for the first time including 7 games against Big South foes. The Lions are not eligible for the Big South title and are ineligible for the FCS Playoffs until 2022 when their transition to Division I is complete.

North Dakota is in their final season as an FCS Independent on their way to becoming a Missouri Valley Football Conference member. North Dakota has left the Big Sky Conference, but maintains the previously scheduled Big Sky matchups. The games will count in the conference standings for the Fighting Hawks’ opponents. UND will not be eligible for the Big Sky title, but can still be selected as an at-large team for the FCS Playoffs.

Dixie State, currently a Division II member, will move up to Division I starting in 2020. They will compete as an FCS Independent in 2020 while their other sports will compete in the Western Athletic Conference. Dixie State is part of the Rocky Mountain Athletic Association and currently has no plans for joining an FCS football conference. The Trailblazers will not be eligible for the FCS Playoffs until 2024 due to the transition.

Augustana announced their intention to transition to Division I in December 2018. They currently reside in the Northern Sun Intercollegiate Conference, but have not discussed a Division I conference to join. It is assumed they will join the Summit League, however, that conference does not offer football. In that case, the Vikings will then have to decide whether they want offer scholarship football or not. This, in turn, will help decided if they land in a conference such as the Pioneer Football League (non-scholarship) or the more geographically appropriate Missouri Valley Football Conference.

Edit: Thanks to the folks on Twitter, both Tarleton State and West Texas A&M have considered moving to the FCS. Tarleton State’s feasibility move can be found here with the Southland Conference explicitly mentioned. West Texas A&M released a bullish statement after working with Collegiate Consulting and they are opening a new football stadium for the 2019 season.

Much to the delight of Stetson fans and alumni, the Hatters are staying put at the Division 1 level. Despite an examination into dropping to Division II or Division III, there will be no change for Stetson’s affiliation at this time. Stetson currently plays in the Pioneer Football League at the FCS level after bringing back the team starting with the 2013 season.

That covers the FBS and FCS changes for the 2019 season and we look forward to the start of the season as well as more content in the next few months!