FBS And FCS Changes For The 2018 Season 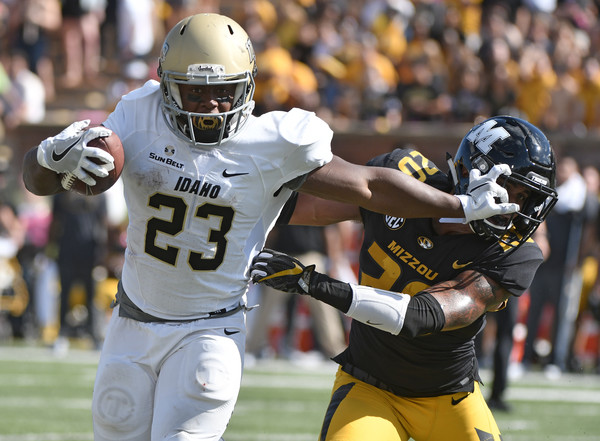 August is here, which means college football is right around the corner. Below we detail the conference changes in Division 1 football (FBS and FCS) from last season.

Idaho will move from the Sun Belt Conference to the much more suitable geographical conference of the Big Sky. This also means going from the FBS to the FCS, which makes them the first team to make that move. The Vandals are familiar with the Big Sky as they were part of that conference from 1965 to 1995.

New Mexico State is another team that is leaving the Sun Belt Conference, but they will remain in the FBS as an independent team. They have a scheduling quirk this year as they face Liberty twice in 2018. The first game will be October 6 at home and the matchup will be November 24 at Liberty.

Speaking of Liberty, they made the jump from the FCS’ Big South Conference to be an independent in FBS. The Flames will be a full FBS member in 2019, which will allow them to become bowl eligible. Liberty is an interesting team because they had to petition the NCAA to have the move approved.

One final note about the FBS and the Sun Belt Conference is they split the remaining 10 teams into two divisions. The East Division has Appalachian State, Coastal Carolina, Georgia Southern, Georgia State, and Troy. The West Division has Arkansas State, Louisiana, Louisiana-Monroe, South Alabama, and Texas State.

The Sun Belt will also hold a championship game for the first time in 2018 with the winners of the East and West Divisions meeting at the home of the higher-ranked team to decide the Sun Belt Champion.

Liberty was already mentioned above going from the Big South to being an FBS Independent.

Idaho was discussed earlier under the FBS changes going to the Big Sky Conference. There is another change involving the Big Sky, which is North Dakota becoming an FCS Independent for 2018 and 2019. North Dakota will ultimately become a member of the Missouri Valley Conference in 2020. North Dakota’s games will still count in the Big Sky standings for UND’s opponents.