Transitioning From FCS To FBS Part 1: Past History 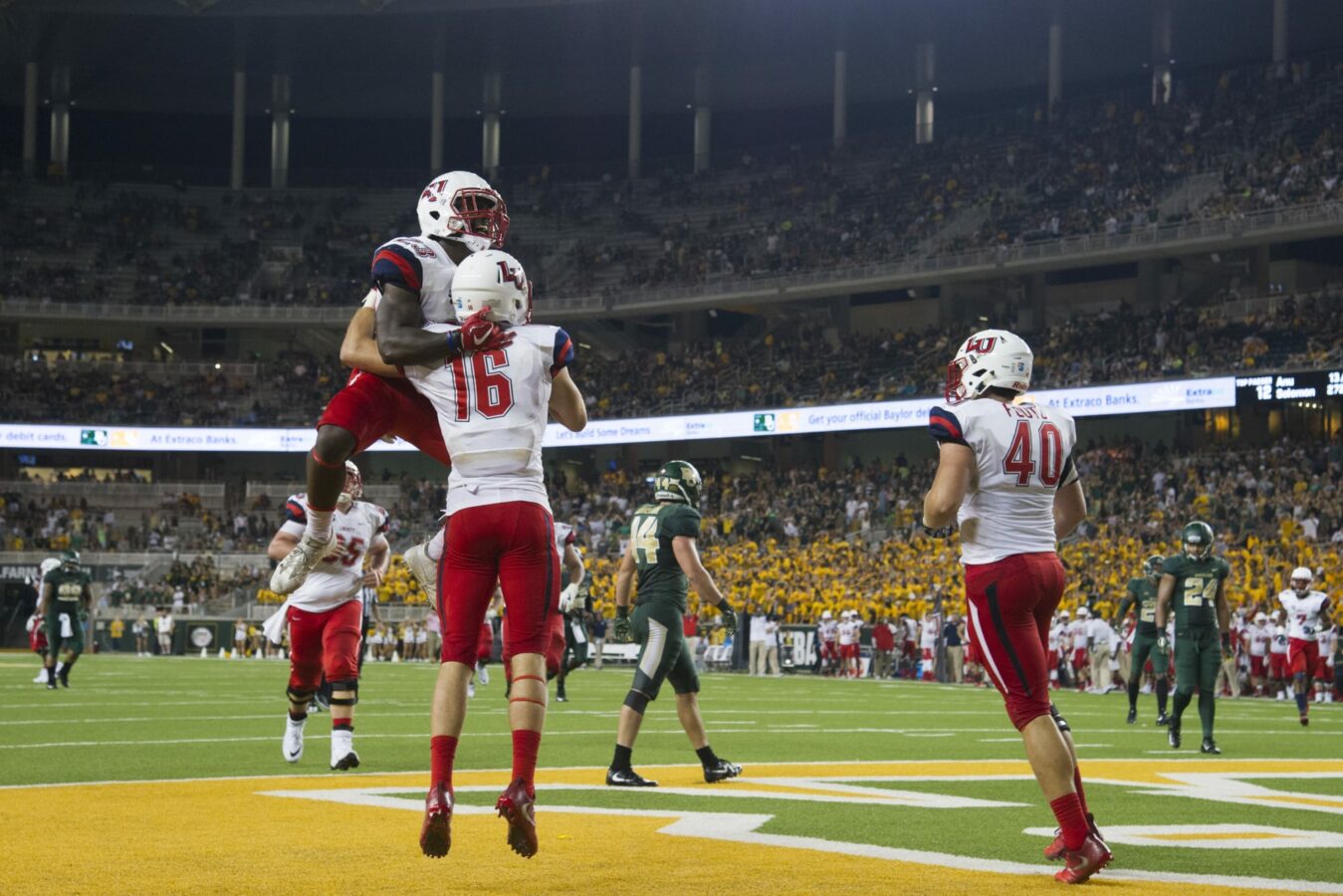 Welcome to a two-part series where we take a look at how teams perform when they move from the FCS to FBS. We went all the way back to 1987 when Akron made the jump from the then-named Division 1AA (now FCS) to Division 1A (now FBS).

Part one will look at the past with how previous teams performed when they transitioned. Part two will focus on which teams could make the jump from FCS to FBS or start a football program.

We logged each team’s five seasons prior to the transition as well as the first five seasons in the FBS. We looked at how many seasons it took for each program to reach the postseason in the FBS. 28 teams have made the jump from FCS to FBS since 1987 and Liberty will become number 29 in 2018.

After combing through the data, we found some obvious trends and perhaps a surprising trend. Let’s take a closer look at the three groups of teams.

We will start with an obvious trend: teams that had multiple playoff appearances in their final five FCS seasons were more successful than those that did not make multiple appearances. This makes sense because good teams in the FCS will naturally be more prepared to compete in the FBS.

The table above shows that teams to make multiple playoff appearances in their final five FCS seasons have, on average, made a bowl game by their fifth season of FBS football. Three notes on this:

As expected, teams that are good before leaving the FCS would be the most likely to make the jump. Once in the FBS, they struggle a bit compared to their time in the FCS but going roughly 5-6 in year one is pretty impressive. As will be shown later, these teams show the least amount of fall off when completing the transition.

Next up, we turn our attention to the teams that have little playoff experience before making the transition.

It stands to reason that good FCS teams would perform better moving up to the FBS, but how about FCS teams that are not as good? We have some evidence of this category and we use the criteria of a team that had one or no FCS playoff appearances in their final five seasons.

One note on North Texas:

On average, it took until roughly the ninth season at the FBS level for the teams above to reach the postseason. Why would these teams make the jump if they have not been overly successful against FCS competition?

Some of these decisions were made several years in advance and their crystal ball probably did not foresee a relative downturn for the football program. If these administrators thought their football teams would not be as good perhaps they would reconsider their move.

Another reason is geographical fit to cut down on travel costs. Speaking of money, that is always a consideration in the form of more TV revenue as well as the exposure to a wider audience due to the TV contracts. More exposure on TV leads to more people being aware of the college’s presence and potentially more students.

Moreover, the facilities are already mostly there. There may be some stadium upgrades needed, but the structures are already in place so the cost is not nearly has high as if they were starting from scratch.

As previously stated, this is logical. Better FCS teams are better prepared for the FBS, will be more likely to succeed, and have less catching up to do.

One final group to look at is new programs. All these schools played at least one season at the FCS level before embarking on their journey to the FBS.

This concluding group of teams started from scratch before joining the FBS.

Four notes on this group of teams:

Note the average seasons it has taken new programs (4.3) compared to playoff perennials (4.9) and the playoff lacking teams (8.8). That is impressive considering they are going from no football competition whatsoever to FBS. Outside of Charlotte, every team listed above went from zero to a bowl appearance within a decade of their first season.

The new shooters also have a respectable average win total for all five years given the infancy of the programs. The question becomes how are these teams able to compete relatively early in their school’s history? Take another look at the list of teams:

Where are the majority of teams located? In the southeast, the most popular area for college football. Here is a link to a New York Times article that provides a graphical representation of how popular college football is around the nation. Even UT-San Antonio, while not in the southeast, is in another football crazed part of the US: Texas. While not nearly the same caliber as their SEC counterparts, the fact these teams are in top recruiting states certainly helps.

The location does not explain everything as there are major costs and considerations of starting a new program. Will there be funding from outside sources? Will fans continue to show up if the team is not doing well on the field? Will the additional exposure make up for the initial outlay of costs? What are the burdens to the additional students and surrounding areas? These are just some of the questions to consider when starting a football program with the intent of making it to the FBS.

Clearly, these programs thought it was worth the effort and expenses to make it to the FBS. So far, these programs have seen success in the form of reaching the postseason early in their history.

After looking at the three sets of teams it is clear that you want to be a team with multiple FCS playoff appearances before heading to the FBS. To be fair, this involves some luck in the way of scheduling, injuries, and coaching changes to name a few.

For teams that have little FCS playoff experience, the best idea would be to wait until the program has shown consistent success against the best teams. This is not always practical as the window to join the FBS may be small or their football program may just have been sub-par for several seasons before the transition.

If an administration is intent on going to the FBS, then they will have to be patient and hope for some luck along the way. Consider Louisiana Tech, a team that made the Independence Bowl in their second FBS season. In addition, Connecticut was a team that went from Independent status to the Big East (albeit watered down) within 5 years of joining the FBS. Finally, there is Boise State. The Broncos went to a bowl game in their fourth FBS season, but are now one of the best Group of 5 schools every season.

That leads us to the 2018 debut of Liberty as an FBS team. The Flames have posted a winning record each season since 2007. However, they only went to one FCS playoff in their final five seasons at that division. Facing a majority of FBS teams (Idaho State and Norfolk State are the two FCS opponents), they will probably struggle this season.

Finally, we have the new programs. They do surprisingly well at the FBS level reaching the postseason in their fourth or fifth year, on average. Location is important along with some luck to help them become successful.

One closing note to make is that the above analysis looks solely at the on-field performance. The decision to make the move from FCS to FBS is far more involved and nuanced. We will touch on some of those factors in our second part.

Join us for part two where we take a look at which schools would best fit to make the jump from FCS to FBS or start a new program.