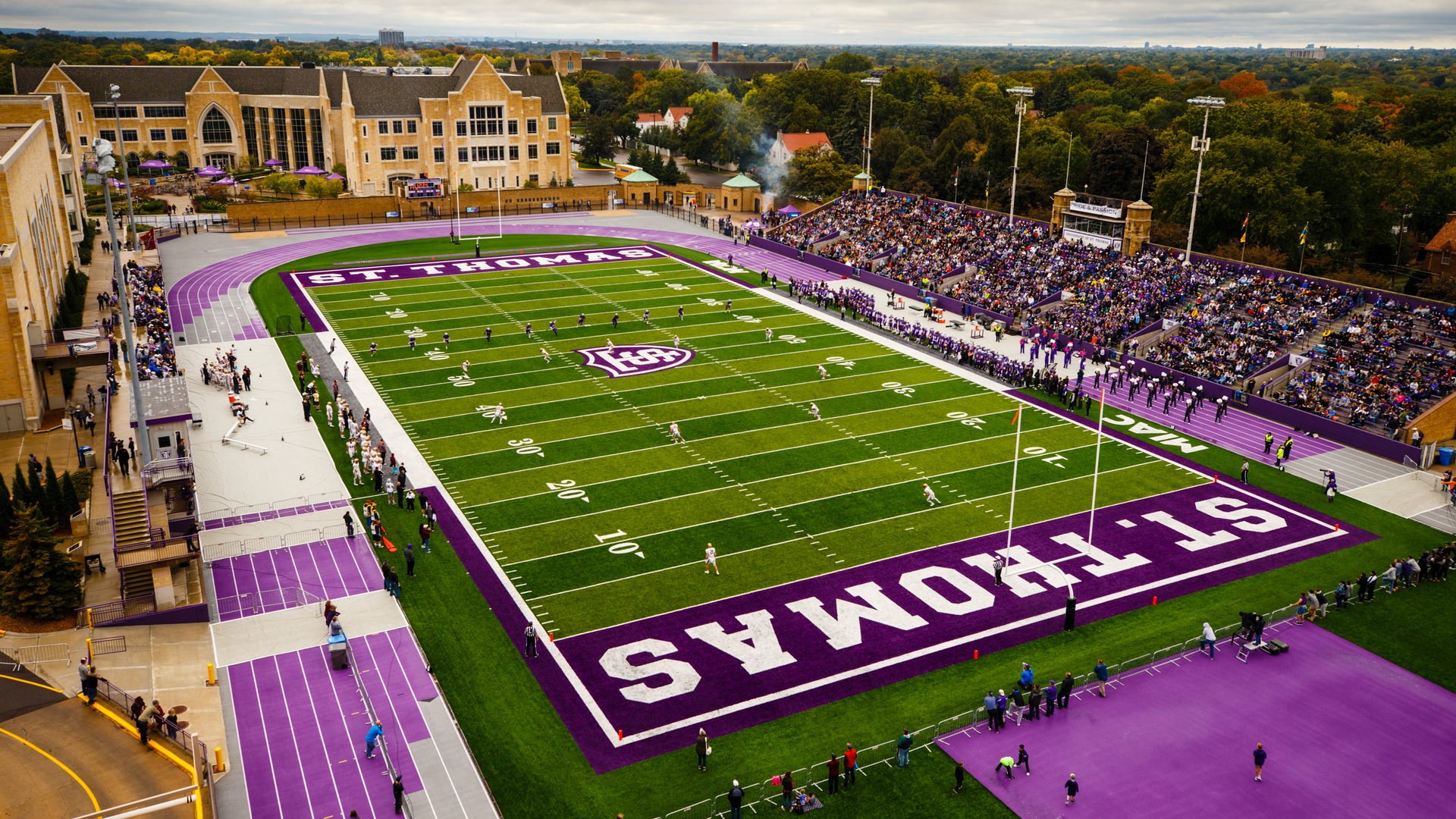 Editor’s note: St. Thomas was approved in July 2020 to move from Division III to Division I beginning with the 2021-22 season.

The University of St. Thomas is currently attempting to move from Division III to Division I, but a decision on whether that will be allowed won’t happen until June.

The NCAA has decided to postpone the decision on the double division leap originally scheduled for later this month. The NCAA is focusing on issues related to the current coronavirus pandemic.

The NCAA banned schools from making the double jump in 2011 due to the scholarship differences between the two division. Division I allows scholarships to be given to athletes while Division III does not.

Saint Thomas is now looking at joining the Summit League starting with the 2021-22 season after receiving an invitation from the conference. The Summit League does not sponsor football leaving the Tommies to find yet another home within Division I for their gridiron program. The Pioneer Football League and Missouri Valley Football Conference have been cited as possible destinations though nothing has been confirmed by UST.

The circumstances around St. Thomas’ attempted move are unique. The Tommies were removed by the Minnesota Intercollegiate Athletic Conference (MIAC) citing “competitive advantages” for UST. The Tommies were champions or co-champions of the MIAC 7 times in the last decade under the direction of head coach Glenn Caruso.

While football is the top sport for the majority of colleges and universities, the Tommies rule over the MIAC extended to other sports as well.

St. Thomas also has options to stay Division III or consider moving up to Division II. The move to Division I would require a larger investment to facilities, scholarships, and travel costs as well as potential scholarship costs to meet division eligibility.

We’ll find out how the NCAA views the viability of the Division III to Division I path in June. Hopefully.

Photo courtesy of the University of St. Thomas Athletics.