Is West Texas A&M the Next Team to Jump to Division I? 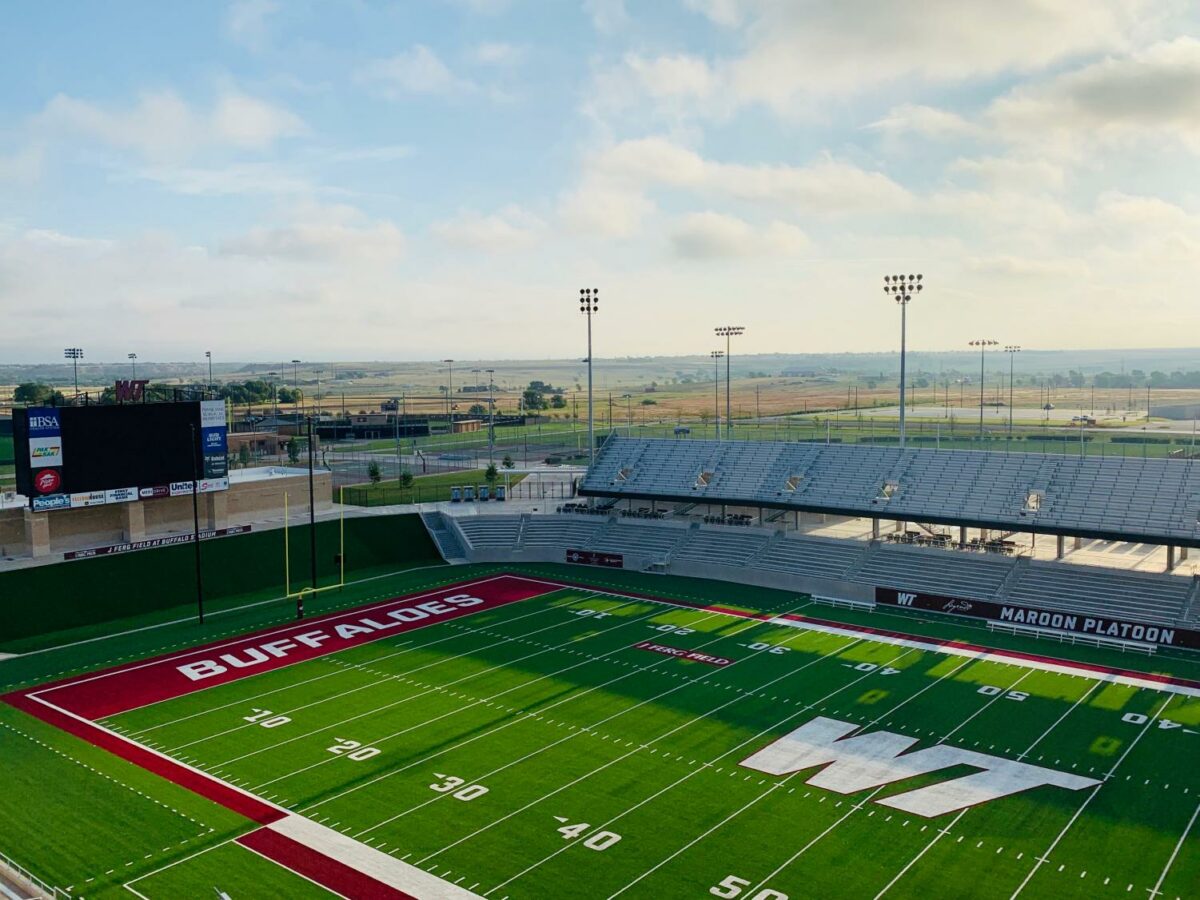 On Wednesday, Tarleton State President James Hurley gave a “State of the University Address,” which was posted to YouTube. In this address, Hurley let it be known that the WAC has added a new member though he did not specify which school it was.

A quick look around the many corners of the internet seems to zero in on the West Texas A&M Buffaloes as noted here, here, here, and even before on this site.

Tarleton State is one of the newest members at the Division I level alongside Dixie State. Both teams play as FCS Independents as members of the WAC but the ongoing pandemic has unfortunately led both teams to abandon playing this fall.

The connection between Tarleton State and West Texas A&M goes beyond the football field. Both were members of the Division II Lone Star Conference prior to this season.

Off the field, Tarleton State used Collegiate Consulting to understand the feasibility of a move prior to the transition up to Division II. West Texas A&M also used College Consulting for the same purpose and the two timelines matchup as well.

If West Texas A&M were indeed moving up to the Division I level, it would be the second stop. They were Division I members from 1973 through 1985 before dropping to Division II starting in 1986.

With another team joining the WAC, one question that will pop up is when will football return?

Dixie State, New Mexico State, and Tarleton State are currently the only football members. The mysterious next addition will likely make four (unless it’s a non-football member, which renders all this moot).

The conference is probably two more teams away at the minimum from any serious discussions for football to return… But that won’t stop us from starting up the speculation machine.

Given the geographical footprint of current football members, they could continue to raid the Lone Star Conference (Angelo State and Texas A&M-Commerce are prime candidates). Or they could pursue Rocky Mountain Athletic Conference teams such as Colorado Mines or Colorado State-Pueblo.

Big Sky teams could also be in play to join the WAC as there have been some concerns over the size of the conference. A much longer shot could be current non-football members starting up a program though given the ongoing pandemic it is hard to imagine schools jumping at the bit to add a program.

Then again, maybe the WAC is not too focused on football returning yet. After all, they still have Chicago State as a full member despite the lack of geographical (and competitive) fit.