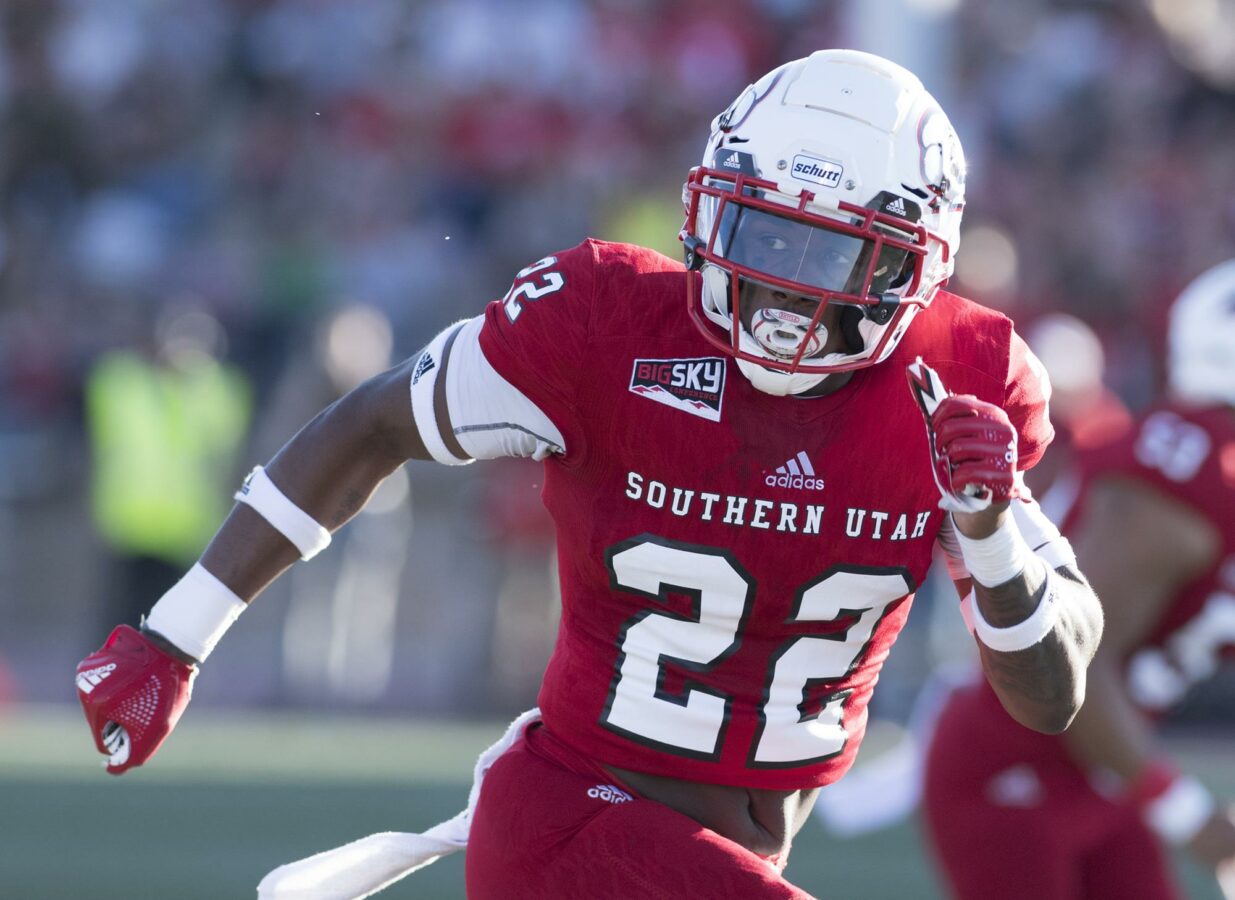 The newest member of WAC will reportedly be the Southern Utah Thunderbirds according to Matt Brown though SUU was quick to refute the report.

Full disclosure: I am not a paid subscriber to Extra Points and have not read either of the posts in their entirety regarding the potential WAC movements so apologies if some of the below scenarios are discussed in more detail there.

Southern Utah President Scott Wyatt stated, “SUU has not received an official offer to join any other conference, although the discussion comes up from time to time.”

A Southern Utah move from the Big Sky Conference to the WAC would be unexpected. In fairness, some are on the record saying the 13-team Big Sky is too big in its current form. Some administrators may feel similarly but no school has decided to remove themselves from the growing Big Sky equation. Yet.

If Southern Utah becomes the first team to leave the Big Sky for the WAC, what could the football membership look like for the revitalized conference?

Dixie State and Tarleton State both currently play as FCS Independents. If the WAC returns for football at the FCS level, these two would simply move whenever the WAC comes back.

New Mexico State is a bit different as they currently are an FBS independent. They would have to drop down to FCS, which is not unheard of (see Idaho moving from the Sun Belt to Big Sky in 2018). The issue becomes whether or not the school wants to drop down a level. There’s a strong argument to be made that dropping to the FCS is better long-term for the Aggies given the dearth of success as an FBS member.

For the purposes of this article, we will assume NMSU makes the drop to the FCS and joins Dixie State and Tarleton State in the WAC.

Coincidentally, we posted an article last week discussing potential WAC teams, which included the mention that Big Sky teams might be a target for the WAC. The main focus of the article was on West Texas A&M moving from Division II to Division I and we think the Buffaloes make a lot of sense from a geography perspective.

Angelo State, Colorado Mines, Colorado State-Pueblo, and Texas A&M-Commerce were also mentioned as possibilities. Depending on the direction the WAC takes, all four make sense though whether any of them would actually jump from Division II to FCS remains to be seen.

Let’s say Southern Utah is the newest WAC member, which other Big Sky teams might go with the Thunderbirds?

The two Northerns – Arizona and Colorado. Northern Arizona is one of the earliest members of the Big Sky as the Lumberjacks joined 1970. While the long history together might make some scoff at this possibility, it is important to remember that Idaho was a founding member who left and came back.

The Lumberjacks would also fit snuggly into a new WAC as they would be south of Southern Utah and Dixie State and west of New Mexico State and Tarleton State.

The trips to the other members of the WAC wouldn’t be as far as current arrangements in the Big Sky, which could mean trips as far north as Washington and Montana.

Northern Colorado is a relatively new member of the Big Sky having joined in 2006 from the Division II Rocky Mountain Athletic Conference. The Bears have struggled in the Big Sky with only two winning seasons at 6-5 in both 2015 and 2016. The Bears have never finished higher than 4th in the conference.

Northern Colorado is the Big Sky’s most eastern team now that North Dakota has moved to the MVFC. A move to the WAC would shrink the Bears’ current travel scope to a more manageable size.

At this point, we are up to 7 schools: the three original members of Dixie State, New Mexico State, and Tarleton State, the three new schools of Northern Arizona, Northern Colorado, and Southern Utah, and Division II program West Texas A&M.

This is a solid basis for the WAC but the question becomes what footprint does the conference want? Are they focused on a compact geographic area to save on costs? Or do they want to include some of the West Coast?

Smaller conferences have a lower revenue stream meaning that costs are probably at the forefront unless a larger market can cover the increased costs. This is unlikely for the WAC especially if it’s designed to return at the FCS level instead of the FBS level.

The reason for bringing this up is because the WAC may take a different approach: go after the California schools of the Big Sky. Cal Poly, Sacramento State, and UC Davis together can bring a west coast flavor instead of NAU, UNC, and WTAMU.

One argument to go the California route is that they are already FCS programs with experience dealing with smaller athletic budgets and can manage the WAC expectations (Again this assumes the WAC decides to bring back football at the FCS level as opposed to retaining its previous FBS status).

Would the trio of Cal Poly, Sacramento State, and UC Davis be willing to leave their current arrangement? The California teams strike at the crux of the question posed earlier: is it mainly the WAC’s intent to keep costs low?

That’s where expansion further down the road comes into play.

If the WAC does well enough with 6 or 7 football members, then it makes sense to add a few more as long as it’s done correctly. The California schools could definitely be worth a look at the right price (or more accurately, the right cost).

Then again, maybe the California teams is a better place to start and then add in teams jumping up from Division II when the conference is stabilized after four or five seasons.

The Southland Conference has been brought up as a potential place for future WAC members but this seems… unlikely on paper?

The Southland Conference has one of the best geographical footprints in Division I with all but one team (Central Arkansas) located in Texas or Louisiana. Even Central Arkansas is not that far of an outlier and costs are manageable as is.

What makes this unlikely is not that the WAC would pursue these teams. After all, Tarleton State and UT-Rio Grande Valley are in the same geographic area of some Southland teams.

The unlikely part is Southland teams leaving the conference to join teams that will blow up travel costs for all sports. At the FCS level, joining a newly formed and somewhat unstable conference at higher expenses defies logic especially against the backdrop of the ongoing pandemic that has hurt revenue streams for smaller schools.

Given the ongoing pandemic and potential for another round of realignment amongst the non-Power 5 conferences, costs are going to be one of the biggest factors. Revenue streams are already stretched to the brim for smaller schools.

Does the WAC really want to keep Chicago State as a member? Does Chicago State want to continuously pay for a 3-4 hour flights? No, neither party wants excessive costs, which is why geography will play a role in realignment.

(Side note: Chicago State is a special case for the WAC as a geographic outlier and they would be better suited to find a new conference even if it means dropping to Division II).

It will be years before we see the full picture of the WAC’s future on the football field. We look forward to seeing which teams will ultimately join the conference.

And we’ll probably continue speculating as to which teams will make up that future.