Will the FBS Versus FCS Matchup Become Obsolete? 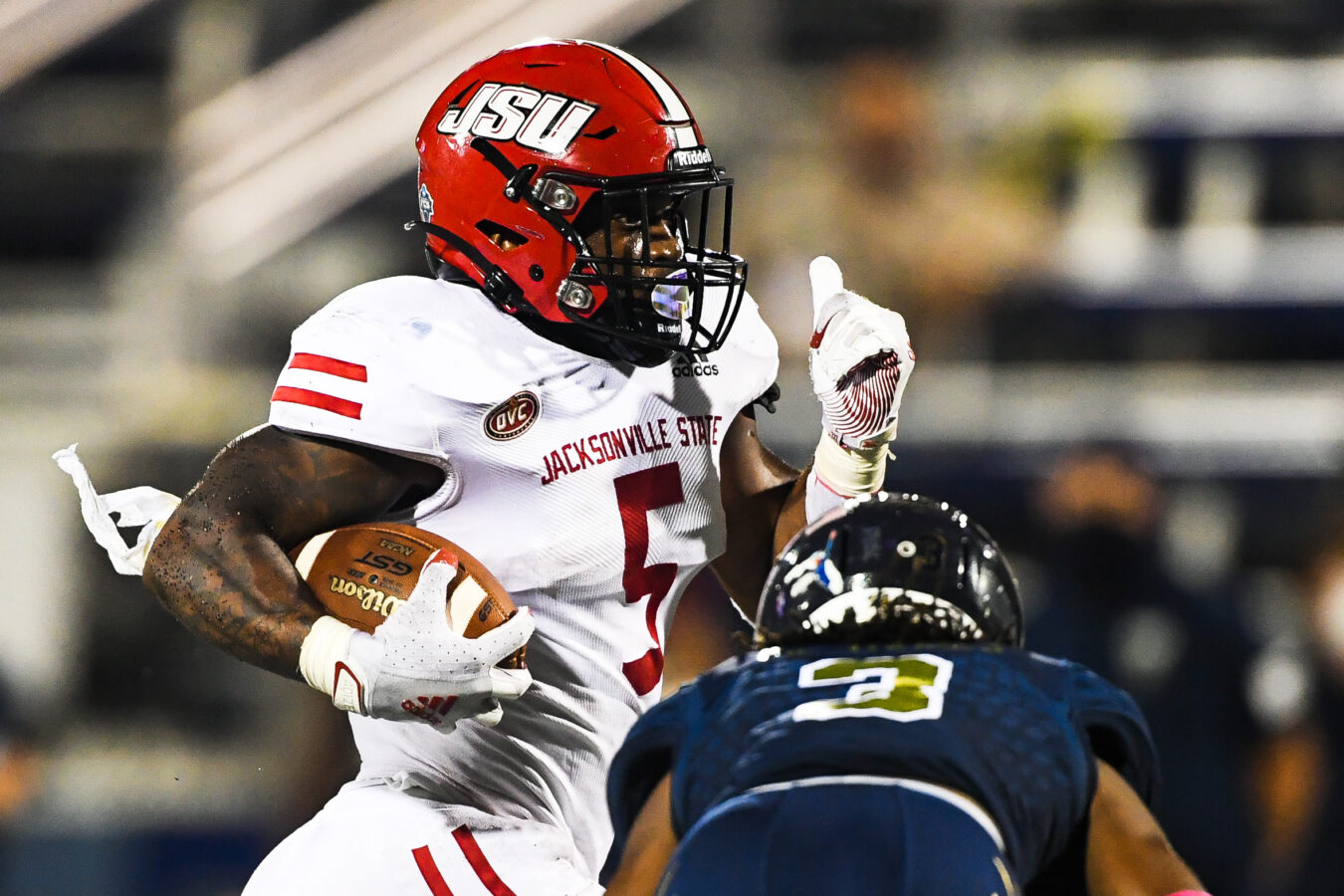 Every year in college football, FBS teams schedule games against opponents from the lesser-known part of Division I called the FCS. Through the 2020 season, nearly 3,100 games featuring FBS and FCS competition have been completed according to Fear The FCS. This dates back to 1978 when the FBS and FCS subdivisions were created after the split of Division I. On average, 72 games per season over that time have featured an FBS versus FCS matchup but the frequency of the matchups picked up over the last decade with an average of 105 games per season for the 2010 through 2019 decade.

Below is an interactive chart showing the annual total of FBS-FCS matchups going back to 1978 as well as the number of FCS wins and FCS win percentage over that time.

These FBS-FCS games are typically referred to as “cupcake” games given how lopsided the scores typically shake out. In fairness, there’s some truth to that statement. Between 1978 and 2005, there were 1,675 FBS versus FCS matchups. 204 of those games resulted in blowout victories of 40 or more points by FBS teams, which is 12% of such matchups over that time. Between 2006 and 2020? It happened 431 times out of 1,424 FBS-FCS contests, which accounted for 30% of the FBS-FCS games in that time frame.

You may also be wondering why we used the 2005 season as a demarcation line and then use the most recent 15 seasons as a comparison. The main reason is that starting in 2006 FBS teams were allowed to schedule 12 games a season (up from 11), which ultimately helped usher in a continued rise in the number of FBS-FCS matchups.

By almost every metric, the gap between the FBS and FCS increases every year. However, it is important to remember that these games are important to FCS schools because it helps fund their athletic departments each year. It also helps by providing media exposure to smaller schools in a similar fashion to March Madness. Of course, this benefit is only fully maximized if they pull the upset over an FBS school as the victory will be referenced more often than if they get blown out. On top of all that, there is the post-pandemic world where money games may be an even greater necessity for FCS schools in order to make up for lost revenue from games lost in the 2020 season.

All of that is great background but you’re probably wondering how might these future FBS-FCS matchups no longer exist? Enter the recent news that the College Football Playoff has a proposal to expand to 12 teams.

It might seem unrelated that an increase in the number of CFB Playoff teams could potentially impact FBS-FCS games but it’s best to look at the teams on the periphery of the playoffs for this argument. The teams battling for the at-large spots will have a massive concern when it comes to future schedules. Imagine a scenario in which the strength of schedule becomes a huge factor in determining which teams make the expanded playoffs and which teams don’t (i.e. pick any year since the creation of the BCS). There’s no shortage of controversy when it comes to comparing schedules of potential playoff teams.

We do not know how the committee will view or value (read: devalue) a win over FCS opposition. What happens when a schedule is perceived as weak by the committee? FBS teams will start scheduling more Power 5 and Group of 5 opponents and drop FCS opponents out of the mix. This will be particularly important to G5 teams like Boise State, BYU, Central Florida, Cincinnati, Coastal Carolina, etc. as they would see the highest benefit of scheduling and beating Power 5 programs compared to wins against FCS foes.

FBS-FCS matchups might fall in frequency and potentially stop altogether. Unless the CFB Playoff Committee steps in and provides a structure for how schedules will be evaluated, there’s not a lot of upside to FBS teams to incorporate FCS opponents in the future. This is particularly true for G5 teams that will need a stronger schedule for playoff consideration.

Now it’s time for the biggest caveat of this analysis: luck and the inexact science of scheduling. Non-conference schedules are typically set years in advance, which means a team that needs a lot of things to line up. For example, they need to be good enough to be considered a playoff team, have their 3 or 4 non-conference opponents rated well enough by the Playoff Committee, and have their conference be strong and/or other major conferences have a “down” year.

That’s a lot of luck and no matter how well a program plans for these occurrences to line up, it’s not likely unless you are perennially good like Alabama, Clemson, or Ohio State currently are. Then again, those three aren’t worried about relying upon anything other than an 11-1 or undefeated season

Secondly, what was stated above about swapping FCS opponents out for P5 and G5 teams is great in theory… but would Power 5 teams actually go through with it? Playing a good FBS team – whether P5 or G5 – may cause a fringe Playoff team to finish 9-3 or 8-4. However, a loss to a quality opponent may knock them from 10th to 14th whereas playing that FCS opponent and crushing them would have kept them in the Playoff bracket.

Will teams play it safe and continue to schedule the “easy” opponent for the win or will they get aggressive in scheduling quality opponents even if it means missing out on the playoffs more frequently? This is an argument that is constantly referenced under the current format as well as in the previous BCS era and it looks like it will continue well into the future.

One potential outcome from the above scenario is that FCS teams might play primarily Power 5 foes, which already have the best collection of talent. The result? FCS teams will likely suffer even larger margins of defeat. Here’s another statistic: from 1978 through 2005, FBS teams won by 50 or more points against FCS opponents 76 times, which was about 4.5% of the FBS versus FCS games played over that time. Since 2006, that has roughly tripled with 205 games ending in a 50+ point defeat for FCS teams (14.4% of FBS-FCS matchups).

In addition, it must be said that the expansion to the 12-team Playoff is still at least a few years away and the current proposal is only just that – a proposal. Things may change, the committee may even provide guidelines on how they evaluate schedules with varying degrees of strength. (Okay, maybe not that last part because the Committee will continue to be intentionally vague about such an important criterium).

One last caveat is the CFB Playoff Committee itself. We have no idea how they will evaluate these games and also how they will evaluate the Group of 5 teams as a whole. Will G5 teams have a consistent opportunity to participate in the CFB Playoff or will they need to go undefeated and have “X” amount of quality wins in the eyes of the committee to even be considered? Would it be worth it for teams like Army or New Mexico State to scrap FCS games for a small chance to be the lone G5 team to make the CFB Playoff every 3 seasons? Probably not especially if there’s still a bowl system to augment a College Football Playoff.

The FBS-FCS matchup has been a staple of Division I since the split in 1978. Many FCS teams rely upon these games as lifelines to help fund athletic departments while FBS teams see them as an opportunity to potentially get an “easy” game or at least one that can give the starters a rest. However, the possible emergence of a 12-team playoff could see these games become rarer or even more dominated by FBS teams.

Ultimately, it is difficult to know exactly how FBS teams will respond to the expansion of the CFB Playoff. Some teams will probably continue to schedule FCS opponents because they believe they have a strong enough schedule outside of that game to get them into the Playoffs even accounting for a loss or two. Others will probably scrap FCS games altogether while some may continue to play them but more infrequently than before.

Our prediction (which will probably be spectacularly wrong): the FBS versus FCS matchups will NOT go away but they will be played less often. In addition, the margin of victory will also probably continue to trend upward though at a slow rate. One final statistic: in the 15 seasons between 1991 and 2005, the FBS outscored FCS foes by an average score of 36-16. From 2006 through 2020, that increased to 43-14 and it may continue to grow.

This is one area of future schedules that is intriguing to see how it will play out especially as teams attempt to gain an advantage to impress the CFB Playoff Committee for a spot in the potential 12-team playoff.