Horse Racing Loses A Great One In Cigar 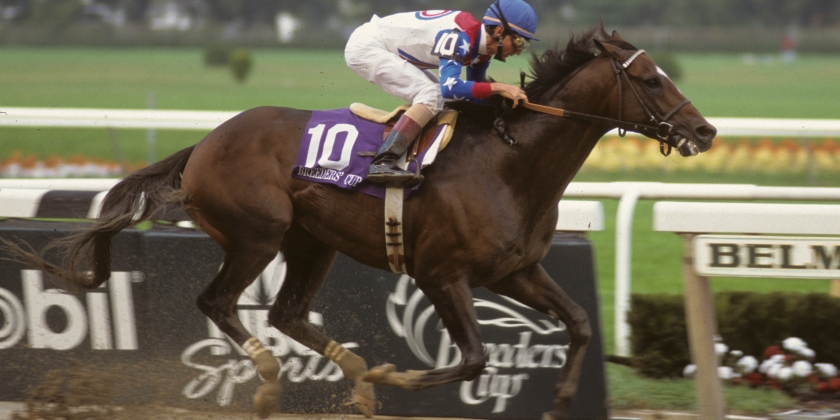 There is sad news out of Kentucky on Wednesday that Cigar, a two-time horse of the year in 1995 and 1996, has passed away at age 24. He died following surgery on his neck.

Cigar was and still is a gold standard for horses in the last 20 years. Few horses have replicated or come close to what he accomplished during his career spanning from 1993 through 1996.

Cigar started his career in February 1993 with 9 starts. He won two of those 9 starts with the final 7 races coming on turf. He was transferred to the barn of Bill Mott. Mott ran Cigar 4 times on turf before moving him back to the main track. It was that switch that ignited a 16 race win streak that spanned from October of 1994 through July 1996.

Below is a replay of the 1995 Breeders’ Cup Classic in one of the most famous race calls in Tom Durkin’s illustrious career.

Cigar’s streak came to an end in the 1996 Pacific Classic at Del Mar where he was caught up in a speed duel and finished second to Dare and Go. Cigar’s final victory came in the Grade 1 Woodward at Belmont in 1996 when he won by 4 lengths. His final two career races were a second place finish in the Grade 1 Jockey Club Gold Cup and third place in the Breeders’ Cup Classic in 1996.

In that streak, Cigar won the inaugural running of the Dubai World Cup in 1996. The purse was $4 million dollars for the race held at Nad Al Sheba racecourse in Duabi, United Arab Emirates.

While Cigar was a great racehorse, he proved to be infertile after zero of the 34 mares he covered in the 1997 breeding season got pregnant. Cigar then went over to the Kentucky Horse Park in Lexington, Kentucky in 1999 where he remained until his death.

Cigar was out of Palace Music by the Seattle Slew mare Solar Slew. He was owned by the prominent businessman Allen E. Paulson. Cigar earned just short of $10 million in his career at $9,999,815.