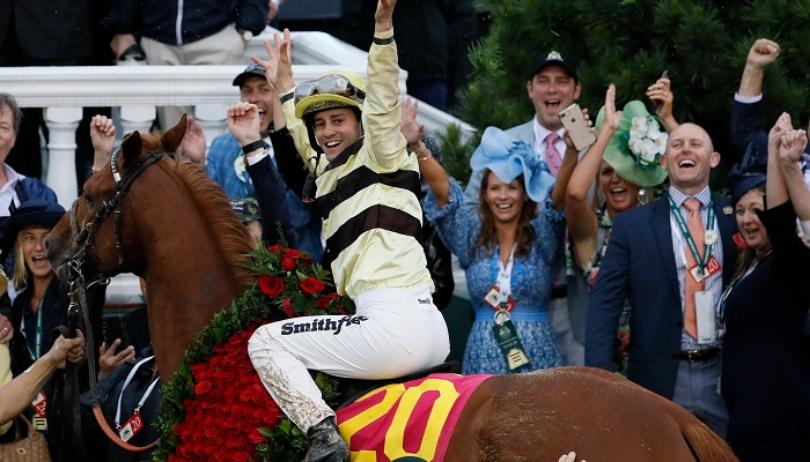 The 2019 Kentucky Derby provided plenty of talking points as Maximum Security crossed the line first, but was subsequently disqualified and placed 17th, which elevated Country House from second to become the winner of the event’s 145th running. Here is a replay of the race below for those who may have not seen it.

65-1 Country House wins the Kentucky Derby after a disqualification of Maximum Security.pic.twitter.com/PeBAQXJwJb

This article does not address whether the disqualification was correct, nor does it address the slew of concerns as a result of the disqualification related to transparency and consistency from stewards. Those issues deserve a separate discussion some of which have already been rigorously debated on social media. This article is a revisit of one from three years ago that reviewed the trends in the Kentucky Derby. In summary, the article from 2016 basically noted the obvious: favorites, speed, and California-based horses were dominating the Kentucky Derby.

For a bit of history, prior to the 2013 Kentucky Derby, entrants were determined by how much purse money they earned in graded stake races regardless of distance and surface and also included juvenile race earnings. Since 2013, the Kentucky Derby entrants have been determined by how many points a horse totals in the designated races, which focus on longer distance events. The earlier events between September and February have a lower point value assigned to them while the largest point value races are held primarily in March and April. With that context, here are the winners of the last seven years, all under the current Kentucky Derby points system.

In the first six years showed a parade of favorites and the track condition did not matter. Justify was the only California horse to win the last three years, but he made quite the impression by winning the Triple Crown (Maximum Security was the second favorite for this year’s Kentucky Derby).

To keep things in perspective, let’s look at the seven years prior to the introduction of the points system.

The previous seven years before the points system show only two winning favorites with another favorite finishing as the runner-up. Also, only I’ll Have Another had previously run in California and then won the Derby. It is worth noting that over the last 20 years Santa Anita (California), Oaklawn (Arkansas), and Gulfstream Park (Florida) have had the best success producing Kentucky Derby winners, which is an interesting trend in itself in terms of quality prep races.

Looking at results alone is insufficient to draw conclusions. Let’s now look at the internal fractions to see if there was indeed a shift in how fast the races were being run.

Based on the seven years of the points system, it is clear that a horse near the lead does quite well. One caveat is that the horses that won these races were the favorites and were considered better than the competition. This could be nothing more than the best horses having a similar style while also being head and shoulders above their peers. Below are the seven years before the start of the points system.

The 2006 – 2012 time frame saw fewer near the lead types winning with a fair distribution between the different running styles. Let’s average the time splits for the two periods for comparison.

In 2015, yours truly theorized that cheap speed (horses who are more adept at shorter distances) were causing the early fractions to be too quick and tiring out more horses, thus leading to more upsets. Trinniberg from the 2012 Derby is an of cited example of a speed horse who entered the Kentucky Derby with little chance of winning. However, the averages say the opposite is happening; the races under the points system are faster, on average. Hmm.

The early half of the race is quicker by about a length, yet speed horses are still winning. Maybe this is indicative of Churchill Downs getting the points system right by allowing the quality speed horses to shine? (Some will say this is true except for Maximum Security after Saturday’s controversial ending, but that is a whole different discussion). For what it’s worth, had Maximum Security not been disqualified, he would have been a gate-to-wire winner, which would have made it six straight years a horse on or near the lead won the Kentucky Derby. As stated earlier, it could be the case that the best horses were accurately made the favorite and all had similar front running styles that were most effective against the competition. Or maybe the points system is working as intended.

The Kentucky Derby is such a unique event to draw many parallels from as each running is different from any other one. How many horses were setting the pace? Was there any pressure on the leader(s)? How was the track condition? How did the track condition affect the shape of the race? Did one of the speed horses not break well? Was there interference at some point? What about the variation in training methods over the years? Or race-day medication? Security barn regulations? Those are just a small sample of the many questions that can have different answers between time periods or year to year for how each race was run and won. The myriad of factors changing from year to year can also make it nigh impossible to establish legitimate trends though that will not stop some from trying.

It is worth tracking how speed horses fare over the next few runnings to see if this is a legitimate trend. So far, speed has been quite dominant under the points system, but that could easily be an early trend due to the novelty of the system. Perhaps Country House is the start of a mid-pack or closer streak of winners. Furthermore, quite a few trends have been broken in the last 15 years that seemed unlikely such as Justify becoming the first horse since Apollo in 1882 to win the Derby without a start at two. Or Barbaro winning the 2006 Kentucky Derby after a five-week layoff, a feat that had not been achieved for the previous 50 years. Or Big Brown winning the 2008 race from post 20 becoming the first horse to do that since 1929.

The Kentucky Derby is always a spectacle for both casual and long-time observers. 2019 did not disappoint in that regard. Enjoy the rest of the Triple Crown trail (and whatever drama comes along with it)!