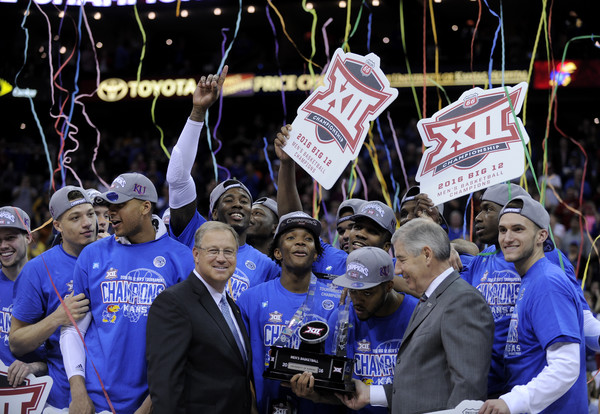 The 2016 NCAA Bracket was announced on Sunday with 68 teams competing to be crowned the Champion. The First Four games will feature two games on Tuesday, March 15 and two games on Wednesday, March 16. All four of the opening round games will be played in Dayton, Ohio as they have since the tournament was expanded to 68 teams in 2011. The Final Four will be played in Houston, Texas at NRG Stadium.

Kansas (South) is the top overall seed with North Carolina (East), Virginia (Midwest), and Oregon (West) as the other #1 seeds. Villanova (South), Oklahoma (West), Xavier (East), and Michigan State (Midwest) are the #2 seeds with many of the top eight teams having a solid case to be on the top line.

The First Four will begin on Tuesday, March 15 with the first two games and conclude on Wednesday, March 16 with the other two games. All four games can be found on truTV with estimated start times of 6:40 PM and 9:10 PM Eastern Time each night.

#16 Holy Cross and #16 Southern will play on Wednesday night and the winner will have a date on Friday against #1 Oregon in the West Regional. Michigan and Tulsa are both #11 seeds with the winner playing #6 Notre Dame on Friday in the East Regional.

Virginia claimed the top seed in the Midwest, though some were surprised with that selection. They will face #16 Hampton in their first round matchup. The second seed in the region is Michigan State and they will face #15 Middle Tennessee. The Spartans will surely be playing with a chip on their shoulder after getting skipped over for a #1 seed. The entire regional can be seen below.

Kansas is the #1 overall seed in the entire tournament and will take on #16 Austin Peay to start their tournament. Villanova is the #2 seed and will face #15 UNC Asheville in the first round. The #11 seed will be Vanderbilt or Wichita State with those two playing in the First Four. The entire South Region bracket is below.

The entire Bracket can be found here.