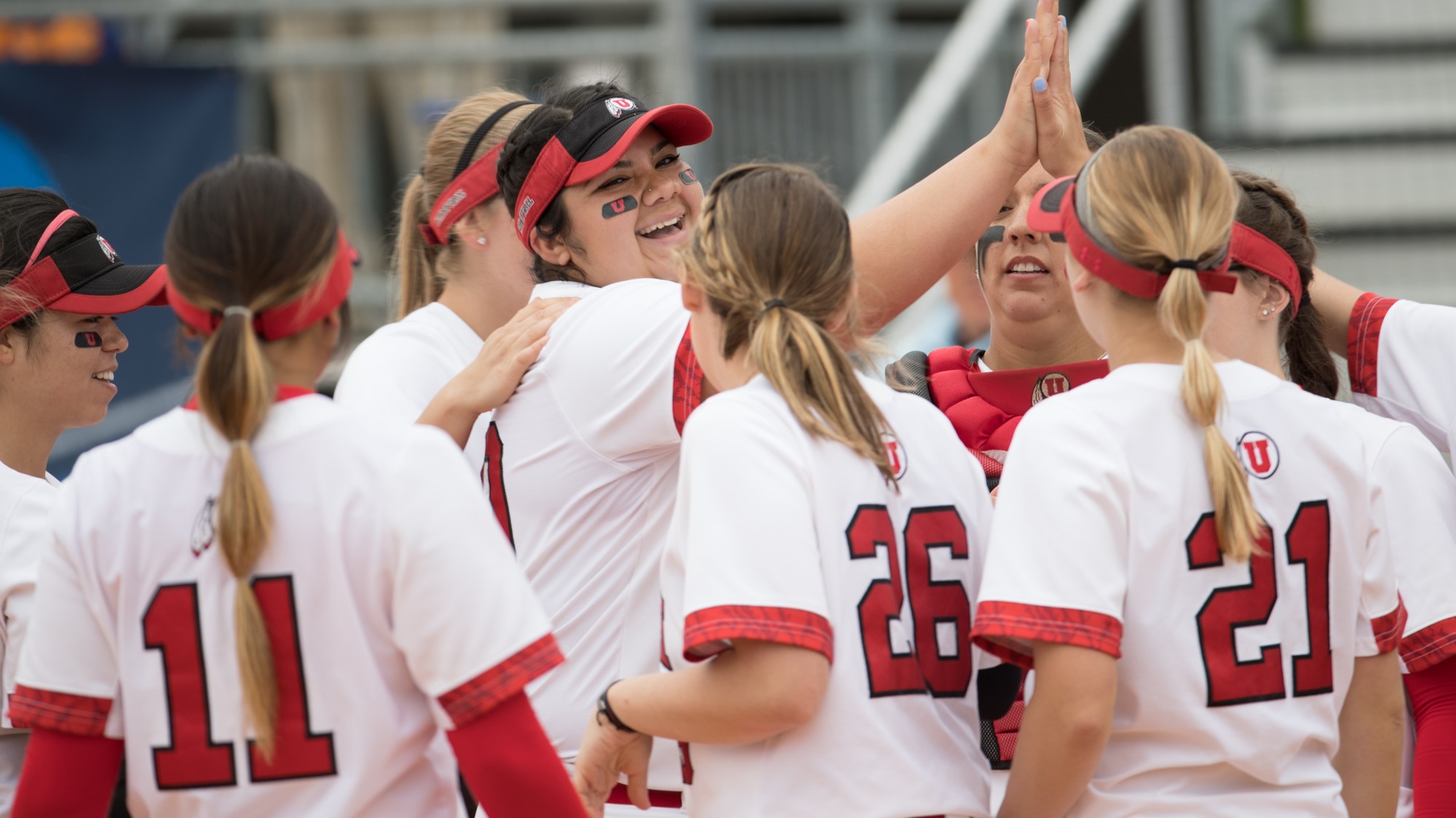 The second edition of our power rankings for the 2017 season sees little change at the top. The best teams took care of business in week six. The middle and lower parts of last week’s rankings saw the most movement. We list the top 16 teams along with the next four.

We will start by providing last week’s rankings below and please note the table below is based on records as of March 14.

Below is the second edition of our 2017 power rankings and the records are through games as of Tuesday, March 21.

Ranked #1 last week, Florida did nothing wrong over the weekend to jeopardize their top billing. They played in four games and posted shutouts in three of them. They allowed one run on 7 hits in those four games between their three aces of Delanie Gourley, Kelly Barnhill, and Aleshia Ocasio.

How good are the Gators? Well, they face #2 Auburn next weekend as those two teams will likely be battling for the top spot here in the next edition of the power rankings.

Auburn did not change positions from last week and also did not play any SEC teams. They went 5-0 versus North Dakota State, South Florida, Illinois, Ohio State, and LIU Brooklyn. The 8-0 win over Ohio State featured a perfect game thrown by Kaylee Carlson, just the second in Auburn history. The Tigers face Florida next week on the road in a mega SEC battle.

Like the two teams above them, Florida State was excellent in their games. They defeated Canisius and Florida Gulf Coast on Wednesday in run-rule shortened games. Over the weekend, they completely dominated Notre Dame outscoring the Irish 28-0 while allowing 12 hits over the three games. The ‘Noles have a midweek game versus Central Florida and then face Virginia on the road over the weekend.

They too did not change from last week and they swept Oregon State over the weekend including an extra-innings contest on Sunday. On Tuesday of last week, they secured a 4-3 win over Oklahoma, as noted in last week’s power rankings. The Wildcats have a showdown next weekend with Washington at home.

Oregon (ranked 5th last week) is still the only unbeaten team in Division 1 softball and to keep that streak they needed to sweep California. The Ducks gave up early runs to Cal in all three games, but they settled down nicely to overcome those small deficits. Oregon faces a hot Utah team next weekend on the road.

Washington (7th last week) ended their 9-game home stand perfect after a sweep over Arizona State. The Huskies won 6-4 in the first game and then shut out the Sun Devils in the final two games on Sunday. The Wildcats face a solid Grand Canyon team in a Wednesday doubleheader and travel to Arizona next weekend.

The Tide (9th last week) started the week with back-to-back shutouts over Winthrop and Georgia Southern. A weekend series versus Mississippi State yielded a series victory of two games to one. The loss was a bit concerning as Alabama only produced two hits (and had two errors), but they came back to win 3-0 on Sunday. Alabama faces South Carolina at home next weekend.

Minnesota (11th last week) had a West Coast trip that produced a 3-0 record. They defeated California 10-0 and then defeated Pacific twice on Friday in five innings both times. The Gophers allowed one run last week in their four games. They will be at Nebraska next weekend to start Big 10 play.

Utah makes the biggest move in the rankings going from knocking on the door to the top 10. Why such a big jump? They swept UCLA and allowed only three runs in the process. UCLA was fifth in home runs as of 3/14, but only mustered one against Utah. The Utes also own early-season wins over Tennessee, Houston, and LSU.

Utah looks to keep their momentum going as they face BYU on the road on Wednesday and will have a chance to knock Oregon from the unbeaten ranks at home next weekend.

The Dukes (12th last week) had a midweek doubleheader versus Virginia canceled due to weather. Their three games over the weekend all produced shutouts over Binghamton, Buffalo, and Maryland. Megan Good recorded her 11th shutout of 2017, which is already a single-season record. The Dukes travel to Hempstead, New York next weekend to play Hofstra in their opening Colonial series.

Oklahoma dropped from 8th to 12th this week after a pair of 3-1 losses to Cal Poly. The Sooners did beat UC Santa Barbara, Loyola Marymount, and DePaul, but the losses to Cal Poly stick out. OU bats fell silent versus Sierra Hyland, who has been outstanding this season. Oklahoma faces Mississippi State, Louisiana Tech, and UAB (twice) next weekend.

The Bruins take a three-spot drop from 10th after being swept by Utah at home. UCLA had a tough time getting anything going on offense and as noted last week, that spells disaster for them. In the Bruins’ 8 losses, they have produced run totals of 0, 1 (four times), 2, 4, and 6. Next weekend, UCLA has a doubleheader versus BYU on Saturday and play Dartmouth on Sunday.

Georgia (ranked 14th last week) took two out of three from Kentucky at home. Kentucky won on Saturday (for the first time since 2007 at Georgia), but the Bulldogs came back with victories on Sunday and Monday. The Bulldogs committed four errors over the weekend, which is something that remains an issue for them. Georgia travels to LSU next week for a three-game series.

Baylor was ranked at the same spot last week and took on UCF over the weekend. They won the first two games including a 16-5 game. The Bears led 2-1 in the third game, but gave up three runs in the sixth and lost 4-2. Baylor did defeat Sam Houston State on Tuesday as well. The Bears continue to throw in a clunker against weaker opponents but still remain a very good team. They face Kansas on the road to start Big 12 play.

There is no change in position for the Ragin’ Cajuns after they faced and swept Texas-Arlington at home. Louisiana hit five home runs over the weekend including two by DJ Sanders (currently 2nd in the NCAA with 13 home runs). Louisiana will play South Alabama next week on the road.

The Vols were 13th last week and took a dive because of their series loss to Arkansas. Arkansas is a fringe top 25, but they were also a team that had not won a conference series since 2013. The bats were not as effective versus the Razorbacks, but the Vols have plenty of opportunities left in the SEC. The face North Carolina on Wednesday and take on Ole Miss at home over the weekend.

The Wildcats (no change from last week) lost their opening series to Georgia two games to one. Kentucky, like Georgia, was plagued by errors throughout the three games tallying 8 in total. With an offense that struggles to score, committing mistakes puts a lot more pressure on the pitching. UK will take on Arkansas at home next weekend.

Michigan (ranked 20th last week) got a break in their schedule with regards to quality. They took on Kent State and swept them in a three-game set while also defeating Bowling Green. The Wolverines pitched two shutouts versus Kent State and look to keep the momentum going with a Wednesday game versus Eastern Michigan. Michigan plays at home versus Penn State over the weekend in their Big 10 opening series.

Arkansas was listed under “knocking on the door” last week and they make an appearance in the top 20 after their series win over Tennessee. Prior to the Tennessee wins, Arkansas’ best victories came versus Oklahoma State and Nebraska. Arkansas was swept by Alabama two weekends ago and was blanked by Tulsa midweek. There are some concerns about whether this will become the norm, but the offense packs firepower. Arkansas takes on St Louis midweek followed by a weekend road series at Kentucky.

These teams have some work to do to be one of the top twenty, but could make a jump over the new few weeks (in alphabetical order):

Below is the week two power rankings table.

Photo Courtesy of the University of Utah Athletics