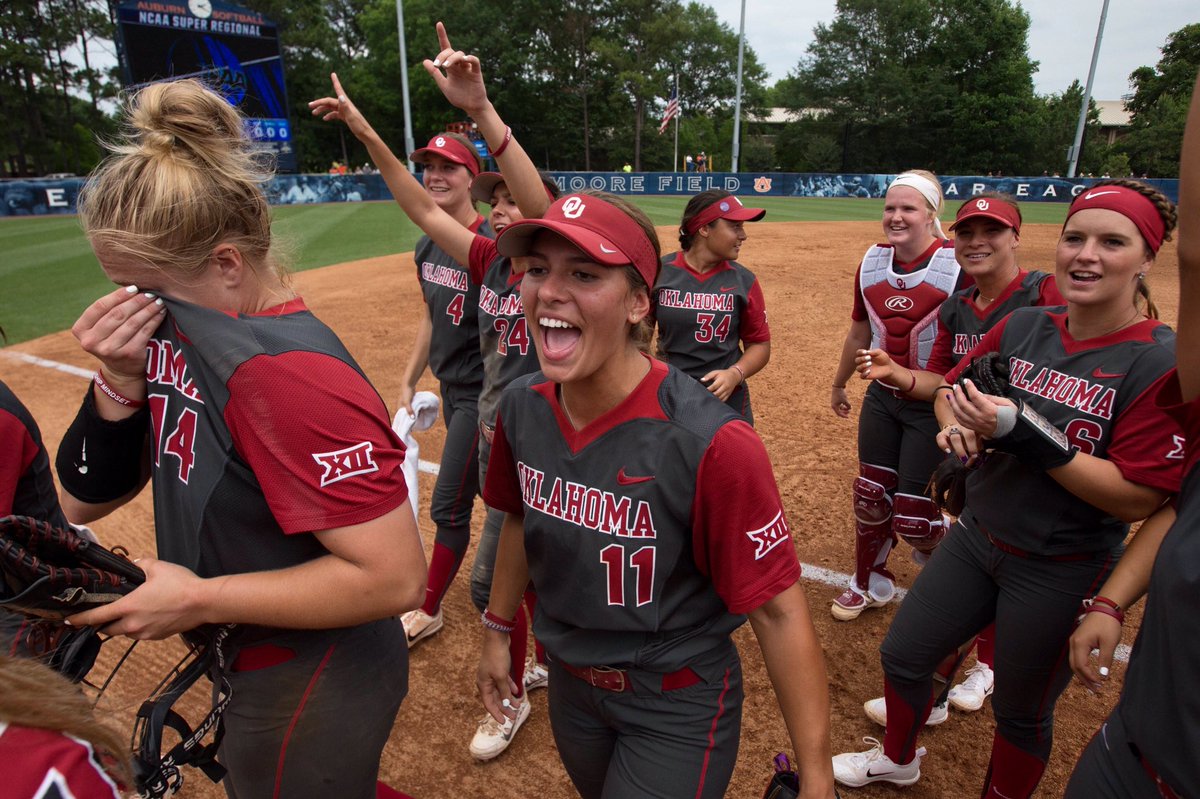 A close and enthralling contest needed more than two full games to decide a victor. Oklahoma won 7-5 over Florida in 17 innings as they took a 1-0 lead in the 2017 Women’s College World Series Championship Series. Shay Knighten’s three-run home run in the top of the 17th put the Sooners in front for good after the Gators battled back not once, but twice on their final strike.

The game was scoreless until the bottom of the fourth when the Gators got on the board with a single by Aleshia Ocasio that brought home Nicole DeWitt. The Sooners responded right away in the top of the fifth with Sydney Romero driving home Nicole Pendley on a single.

Oklahoma took a 2-1 lead in the top of the sixth on a solo shot by Nicole Mendes. The Gators were down to their final out (and strike) when Sophia Reynoso hit a blooper into left-center field. The Sooners were deep in the outfield and could not come up with the catch as Ocasio came around to tie the game up and send the game into extra innings.

The teams failed to get much going in the eighth through eleventh innings as neither team had a runner get to second base in those innings. In the twelfth inning, Oklahoma’s Shay Knighten led off with a double and was followed by Fale Aviu, who crushed a two-run shot to give Oklahoma a 4-2 lead.

The Gators started the bottom of the twelfth with a walk and a hit to put two on with no outs. The Gators then popped out on a bunt and struck out with back-to-back pinch hitters. Amanda Lorenz came up with two outs as Oklahoma went from Paige Parker back to starter Paige Lowary. Lowary got Lorenz to her final strike, but Lorenz was able to drive a ball to the left center field wall for a triple to bring home both runners and keep the game going.

The Sooners were able to get runners on first and second in the top of the 15th inning after Delanie Gourley hit Lea Wodach and a wild pitch followed to move the runners up a base. The next pitch was a ball to load the bases, but a ground out ended the threat.

In the top of the 16th, Oklahoma put two runners on with no outs and saw them both sacrificed up a base on a fly out to right-center. A walk loaded the bases but a force out at home and strikeout left the bases loaded for the second straight inning.

The Sooners once again put two runners on base in the 17th and Shay Knighten finally put the runs across for Oklahoma with a three-run home run.  The Gators were able to load the bases with one out and Lorenz at the plate where she hit a sacrifice fly to cut the deficit to 7-5. A strikeout from Lowary ended the game to give the Sooners the win after an incredible game.

Lowary started and ended the game as she went 10 1/3 innings giving up two runs on eight hits while striking out seven to earn the win. Parker went 6 2/3 innings giving up three runs on four hits with seven strikeouts. Mendes, Knighten, Aviu, and Romero were the only Oklahoma hitters to finish with multiple hits.

It was a thriller in OKC! Relive all the moments from the longest game in #WCWS finals history. pic.twitter.com/tUc2P7dDS3

The Oklahoma Sooners are one victory away from their second straight national championship. Game 2 is Tuesday, June 6 at 8 PM Eastern Time and can be seen on ESPN.