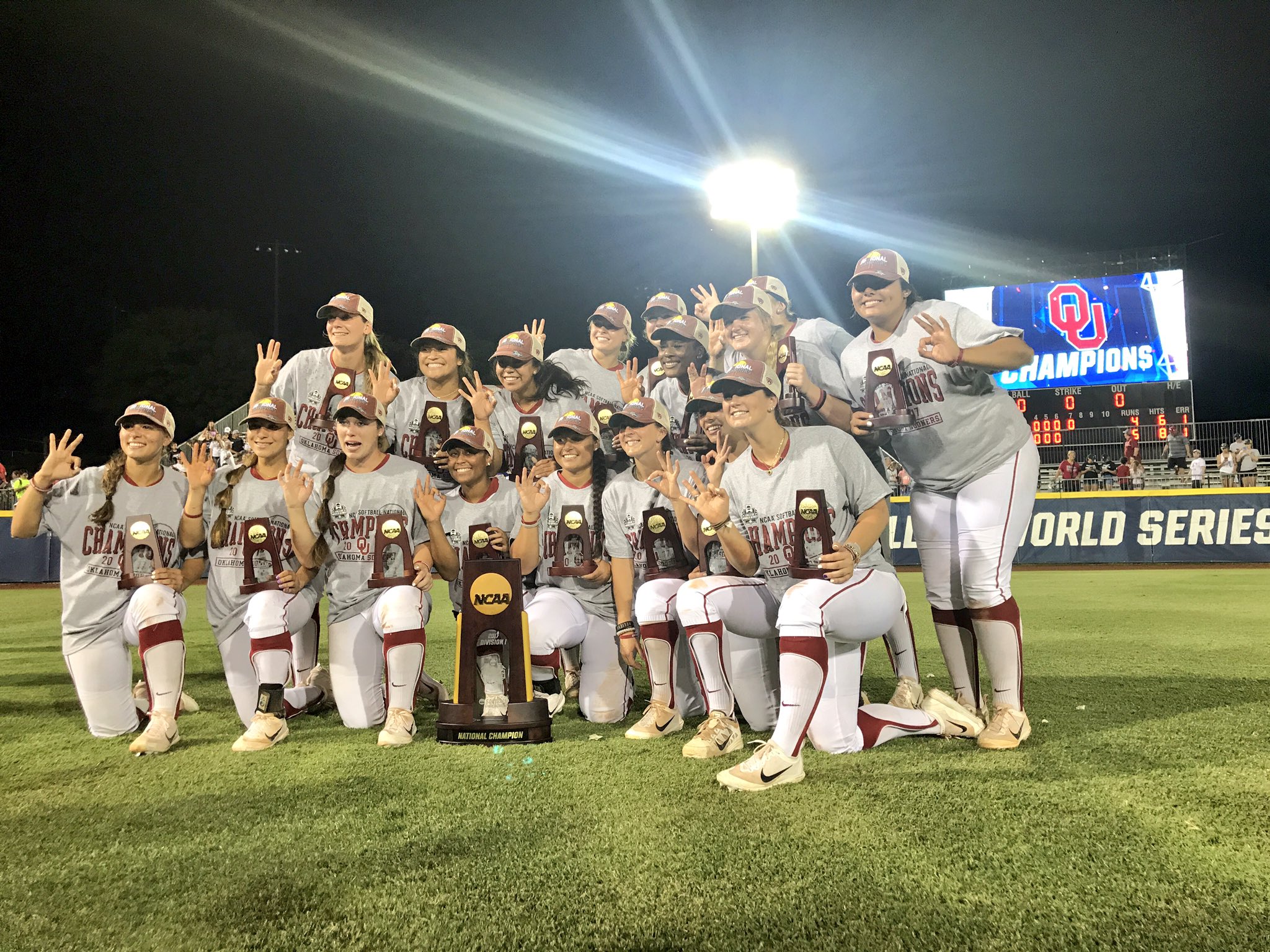 The Oklahoma Sooners swept the Florida Gators in the 2017 Women’s College World Series Championship Series to win their second straight national title. The Sooners won 5-4 and completed an undefeated stint at this year’s WCWS going 5-0.

It was a great run for Oklahoma as they lost their opening game of the regional they were hosting and then ripped off 11 wins in a row en route to the title. The Sooners have now won three of the last five National Championships including last year’s.

In this year’s clincher, the Sooners started the bottom of the first with a Nicole Mendes solo shot, her second in as many games. Florida responded in kind with Sophia Reynoso hitting her own lead-off solo shot in the top of the second. The Gators added two more runs on a single by Aleshia Ocasio and when Kayli Kvistad was hit by a pitch. Florida held a 3-1 lead after an inning and a half.

Aleshia Ocasio sneaks one through the infield!

Oklahoma wasted no time regaining the lead in the bottom of the second. The Sooners loaded the bases with two outs when Caleigh Clifton drew a walk to make it a 4-2 deficit. Game one heroine Shay Knighten had a bases load opportunity and took full advantage clearing the bases with a double. That put the Sooners up 5-3 and it would also prove to be the second straight game Knighten recorded the game-winning RBI.

Florida drew one run back in the top of the third on a solo shot by Chelsea Herndon. They would not see a runner get to second base until the sixth inning, but a line out and strikeout ended that threat. The Gators went down in order in the top of the seventh to give Oklahoma another National Championship, their fourth in school history (also won in 2000, 2013, and 2016).

Nicole Mendes started the game at pitcher for the Sooners going one inning and giving up one hit. Paige Parker allowed three runs on four hits while Mariah Lopez gave up the one run and earned the win. Paige Lowary finished off the game with two perfect innings and three strikeouts.

Shay Knighten had just one hit on three at-bats, but it was a big hit driving home those three runs. Caleigh Clifton was the only Sooner to record multiple hits going two for two with a walk and a run scored.

The Gators opted to start Aleshia Ocasio in the circle and she gave up four runs on four hits in 1 1/3 innings while taking the loss. Delanie Gourley came on in relief giving up one run on four hits with five strikeouts. The offense for Florida was spread out as six different batters recorded a hit (no batter had multiple hits).