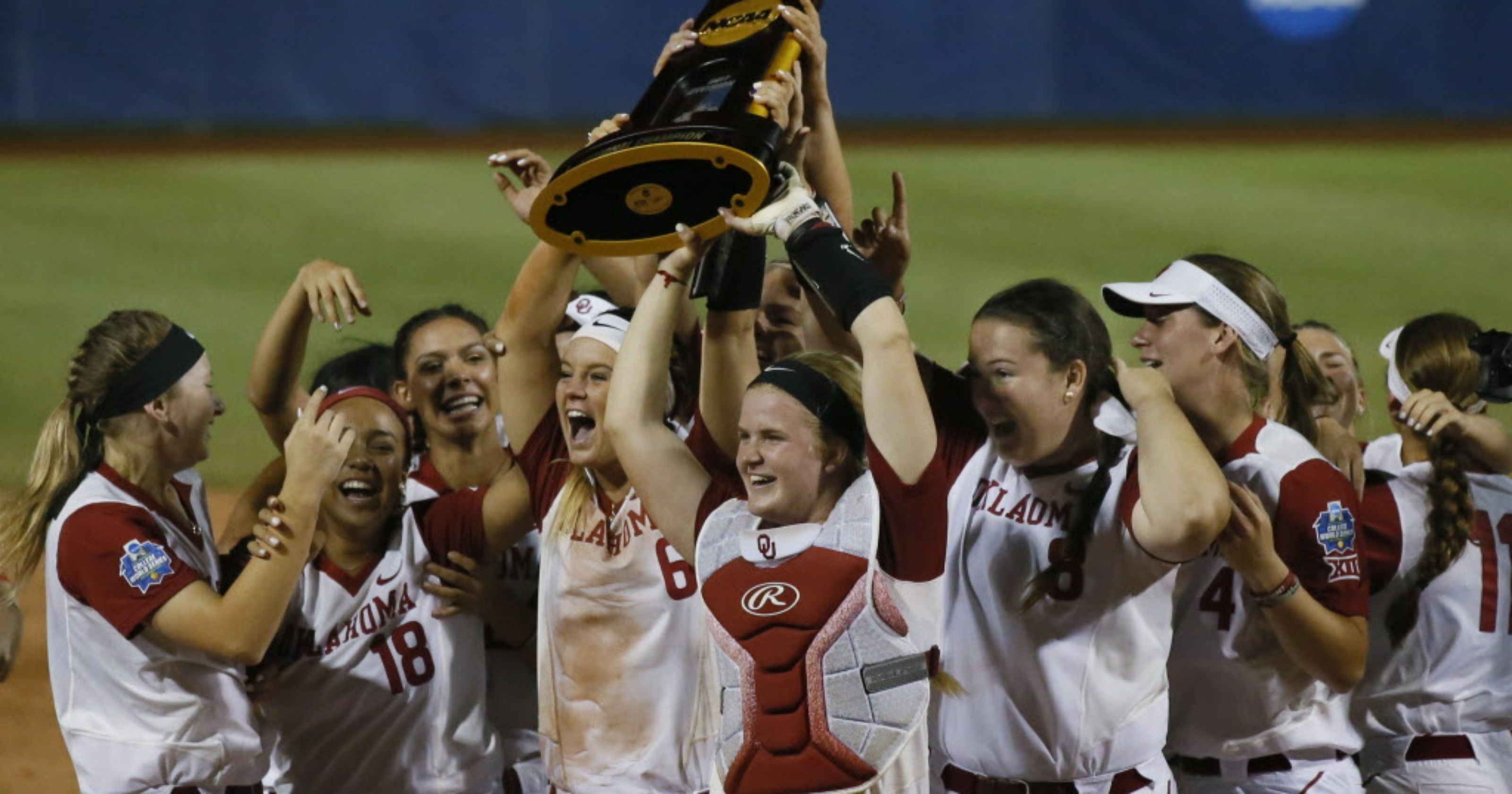 The 8 teams will compete in a double-elimination format until only two teams are left. The last two teams will then play in a best of three championship series to determine the 2018 National Champion.

The Oklahoma Sooners are the two-time defending National Champions after winning in 2016 and 2017. Should the Sooners complete the trifecta, they will join the UCLA Bruins from 1988 to 1990 as the only teams to win three straight National Titles since 1982. Speaking of UCLA, they too are in this year’s WCWS for the 28th time in school history.

The Women’s College World Series will get underway on Thursday, May 31 with four games scheduled for the opening day. The entire schedule can be found in the table below with the Championship Series located in a separate table.

The tables below will be updated with final scores as the games go final each day. Please note all times listed below are Eastern.

The schedule for Championship Series is shown below.