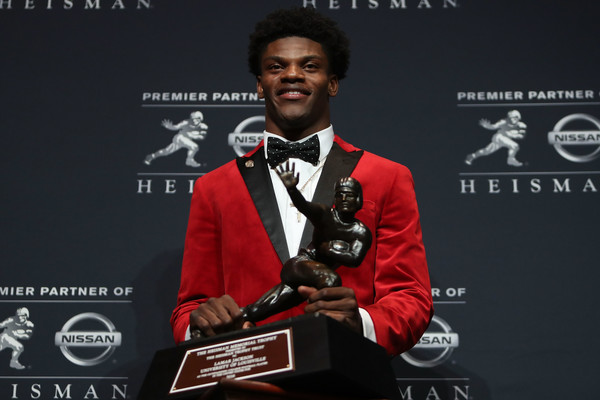 The 2017 College Football season is starting in less than two weeks and that means it is prediction season. We will do something different than last year. In 2016, we made 5 predictions for each conference for a total of 55 predictions. The final total was 30.5 predictions correct for a 55.5% hit rate.

This is the fourth edition and we will continue predicting the Power 5 Conferences. Below is the schedule for the 25 predictions.

10. (Pac-12) Washington will win the Pac-12 – Last year we said Washington would not win the Pac-12. Well, we were way wrong and felt like 2017 would be the breakout season for Washington. The Huskies arrived a year earlier than we expected, but we still like them in 2017.

The offense has seven starters back led by Jake Browning (43 touchdowns against 9 interceptions) and running backs Myles Gaskin (1,371 yards and 10 touchdowns) and Lavon Coleman (852 yards and 7 TDs). The offense loses John Ross (leading receiver with 1,150 yards and 17 TDs), but there are a ton of weapons on offense to ease the burden. After putting up 41.8 points and 457 yards per game in 2016, the offense should be just as powerful.

The defense has done very well in the past two seasons. 2015 saw the unit allow 18.8 points and 352 yards per game with four starters back. In 2016, the defense did even better allowing 17.7 points and 317 yards per game. Six starters are back including four in the front six and four of the top five tacklers. They may not match last season’s numbers, but they will still be one of the best in the Pac-12.

The Huskies have a very favorable schedule to make a second straight Pac-12 Championship game. They have road games at Colorado, Oregon State, and Arizona State in the front half of their conference schedule. Their final five games include four at home with their one road game at Stanford. They also avoid USC out of the South, a team they could easily face for the Pac-12 title. The Huskies are primed for another big season.

9. (ACC) Lamar Jackson will not win the Heisman – Let’s start by saying this: Lamar Jackson is more than capable of winning a second straight Heisman. He is an electrifying athlete, but he lost a lot of pieces around him and the expectations are sky-high.

Louisville’s offense averaged 42.5 points and 533 yards per game in 2016, but loses its top three receivers and top running back. Jackson was easily the top rusher with 1,571 yards and 21 touchdowns. The losses along the offensive line (three starters) will hurt as well. Overall, the offense will be potent but will be hard-pressed to equal their output in 2017.

The other part of the equation is expectations. Archie Griffin is the only two-time winner of the Heisman (1974-75) and the 9 returning Heisman winners since have largely seen a drop off in stats. The link here shows the stats for each returning Heisman winner going back to 1945. That is probably the biggest hurdle to winning a second straight Heisman and the supporting cast does not look as strong this year (though still very good).

On offense, the Wolfpack return nine starters led by Ryan Finley at quarterback (3,059 yards with 18 TDs and 8 interceptions). The biggest question is at running back after the loss of Matthew Dayes (1,155 yards and 10 TDs). The offensive line returns four starters, which should help cushion the loss of Dayes. The top four receivers return and this unit should eclipse the 2016 numbers of 27 points and 417 yards per game.

The schedule starts with South Carolina in Charlotte followed by back-to-back home games against Marshall and Furman. The next four games are all against ACC foes: Florida State (away), Syracuse (home), Louisville (home), and Pittsburgh (away).

The season closes out against Notre Dame (away), Clemson (home), Boston College (away), Wake Forest (away), and North Carolina (home). It will not be easy to reach 10 wins, but with both Louisville and Clemson at home, they might sneak in an upset to give them confidence and put 10 wins in reach.

7. (ACC) Florida State will win the ACC – The Seminoles look like the standout team in 2017. The offense has six starters back from a unit that put up 35.1 points and 466 yards per game. They lost Dalvin Cook (1,765 yards and 19 TDs) as well as the top two receivers. However, they return quarterback Deondre Francois and three starters on the line. The running back spot will be key to develop, but the talent is immense on the depth chart for that position.

The defense took a step back in 2016 giving up 25 points and 349 yards per game. Compare that to 2015 when they allowed 17.5 points and 337 yards per game. Nine starters are back including eight of the top nine tacklers. This group should get closer to 2015 numbers and will be the key to how far the Seminoles go.

Florida State opens with the massive game against Alabama in Atlanta. Their ACC schedule is very kind as they face Miami, NC State, and Louisville at home. They face Clemson away in their last conference game of the season. Florida State looks set for another big season, which we think will culminate in an ACC Championship at the very least.

6. (SEC) Missouri will have the SEC’s highest-scoring offense – This prediction will be based on the points per game over the entire season. Missouri made a gigantic improvement from 2015 to 2016 on offense. The Tigers put up a horrid 13.6 points and 281 yards per game in 2015, which ended up being Gary Pinkel’s final season in Columbia.  2016 saw them go up to 31.4 points and 501 yards per game and that happened with a new head coach (Barry Odom) and only three returning starters.

The offense looks wonderful on paper and they open with four straight home games versus Missouri State, South Carolina, Purdue, and Auburn. The offense may need to be even better because the defense was very porous last year (31.5 points and 480 yards per game). In addition, the Tigers averaged only 22.6 points per game in SEC play, a mark that will need to go up if the Tigers want to contend for a bowl game.

Teams like Alabama (38.8 PPG in 2016), Texas A&M (34.8), Auburn (31.2), Arkansas (30.3), and even Kentucky (30) pose a threat to score more (especially the Tide with their main pieces returning). However, Missouri’s offense returns nearly intact and should fare even better in the second year under Odom.