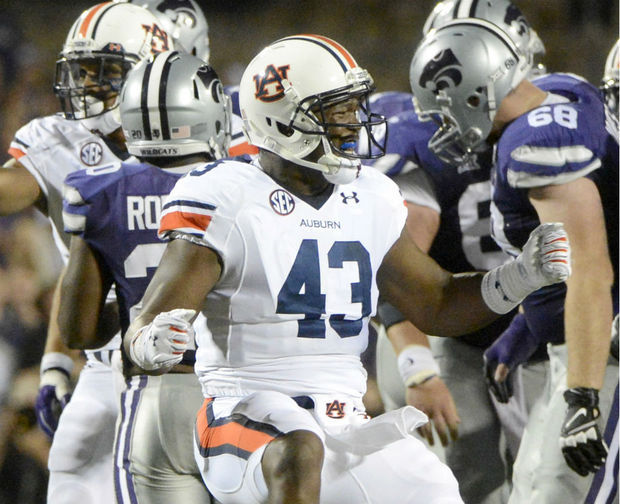 According to Al.com, linebacker Anthony Swain and punter Jimmy Hutchinson have left the team. There has been no confirmation of the news from Auburn, with head coach Gus Malzahn saying:

“I’m going to update our spring roster next Tuesday, so I’m going to wait until then and I’ll give you all the updates — not just with him, but with other people, too.”

Swain, a junior, played in all 13 games during the 2014 season serving mostly as a backup. He finished the season with 18 tackles, 3 tackles-for-loss, one sack, and a blocked kick. Swain was also a contributor on Auburn’s 2013 National Championship runner up team. In 2013, he played in all 14 games recording 26 tackles, 1 tackle-for-loss, and recovering a fumble.

Hutchinson, a redshirt freshman, was the backup punter behind Daniel Carlson. He finished the year with 9 punts, traveling 329 yards for an average of 36.6 yards. He had a long of 52 yards while his last punt was a horrendous 22 yard punt in the Outback Bowl against Wisconsin.