Larenz Bryant Out For Spring Due To Liver Injury 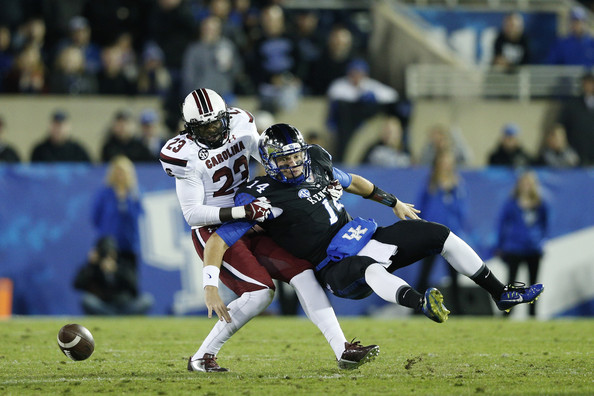 Larenz Bryant Out For Spring Due To Liver Injury

Linebacker Larenz Bryant will miss the rest of spring practice due to a liver injury according to South Carolina. Bryant suffered the injury in practice on Tuesday, the first spring practice for the Gamecocks.

“Bryant was injured during a drill midway through practice in which he collided with safety Chris Moody,” as stated by South Carolina. He was taken to a nearby hospital and is expected to make a full recovery.

Bryant, who will be a junior in 2015, has played in 24 games over the past 2 seasons. In 2013, Bryant played in 12 games recording 7 tackles and one tackle-for-loss as a reserve linebacker and a special teams unit player. In 2014, he recorded only 3 tackles, but had a sack and a forced fumble against Kentucky (pictured above). Once again, he played on special teams and also saw action at the Spur position.

He is listed second on the depth chart behind Jordan Diggs for the Spur position. He will be back for the start of fall practice.