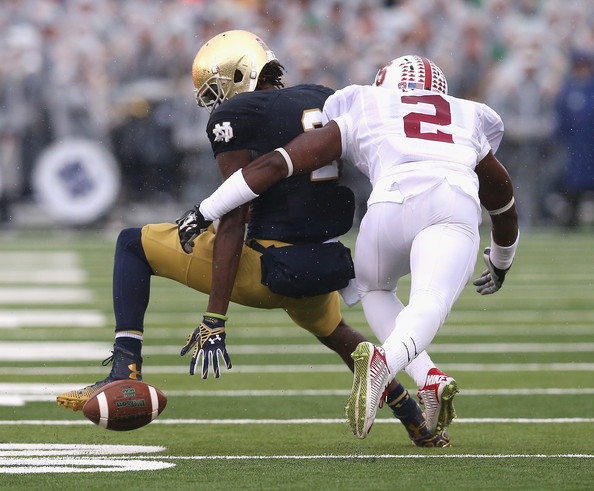 Stanford defensive back Wayne Lyons will be transferring to the Michigan Wolverines for the 2015 season. Michigan defensive backs coach Mike Zordich confirmed the news to MLive on Thursday.

“Wayne was here over the weekend, we spent some time with him and I’ve watched a lot of film on him,” Zordich said. “I think he’s the right kind of body, a bigger body, he’s a lot like Channing (Stribling). A lot of length. From what I saw with him at Stanford, he did pretty well.”

Lyons will be eligible to participate immediately at Michigan in 2015 as he will be a graduate transfer. Speculation was rampant that Lyons would transfer to Michigan following his mother’s hire at Michigan. Lyons was recruited by Michigan head coach Jim Harbaugh when Harbaugh was at Stanford.

Lyons will be in the running for a starting cornerback spot with the Wolverines.