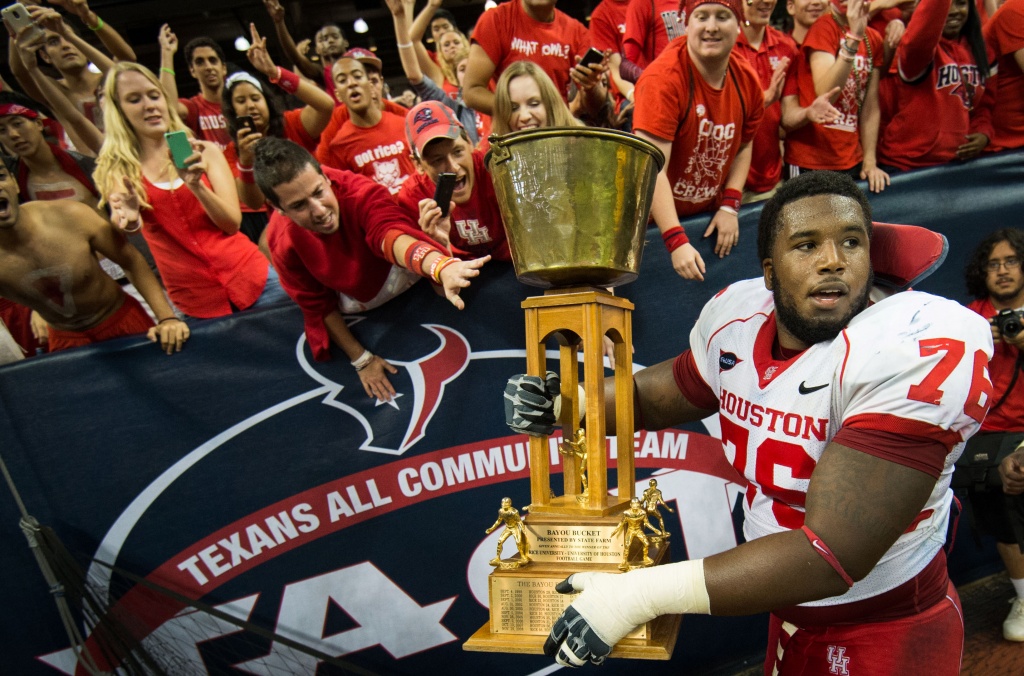 The Houston Cougars and Rice Owls are set to renew their rivalry in the Bayou Bucket Classic. The two teams agreed to a home-and-home series in 2017 and 2018. Both Houston and Rice made a joint announcement regarding the series.

“I know fans of both schools are excited to see this great series resume,” Rice Director of Athletics Joe Karlgaard said. “The Bayou Bucket is a great tradition and I know our players look forward to the opportunity to bring it back to South Main.”

Houston and Rice met every year between 1971 and 1995 before a break in the series until 1999. From 1999 through 2013, they met every year before another break. That break will end in 2017 with the aforementioned series.