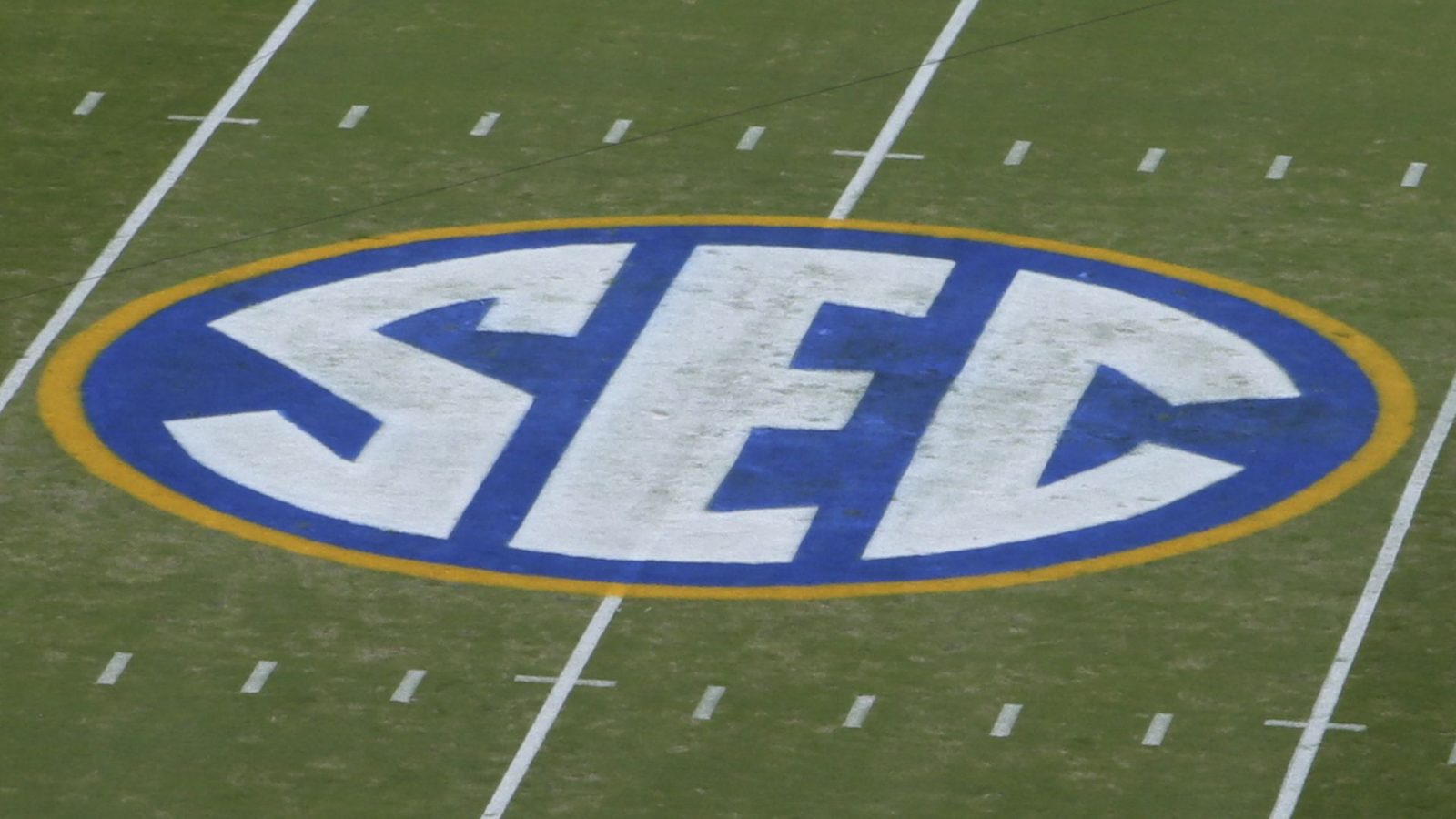 When Oklahoma and Texas decided to leave the Big 12 for the SEC earlier this year, it kicked off a new set of dominoes throughout the FBS landscape. The Big 12 responded by inviting three AAC teams and BYU to the conference while keeping the remaining eight Big 12 members.

This led to Conference USA getting ripped apart by the AAC – who needed to backfill after the Big 12 raid – and the Sun Belt. Conference USA has been teetering on dissolving but the recent addition of four teams has helped them survive for the time being.

With all the realignment changes, there have undoubtedly been winners and losers to this point. We’ll break down who we think has been a winner, a loser, and those in between. Please note, that this article is considering changes through Sunday, November 14 including those earlier in 2021.

Let’s start with some winners.

1. The SEC – There is no doubt the SEC is one of the biggest winners from the recent realignment moves. They picked up two of the biggest brands in college football with rich histories. From a dollar standpoint, this is huge for the SEC. There will be marquee matchups every week involving SEC teams in all sports from football to basketball to softball and beyond. The SEC looks to dominate the college sports landscape for at least the next decade.

2. North Dakota State – No team in the FCS gained more on Friday, November 5 than the Bison. NDSU saw Jacksonville State, James Madison, and Sam Houston State leave for the FBS. NDSU has played all three of those teams in FCS National Championship games over the last decade. If FCS fans thought the Bison were too dominant already, things may get worse.

3. The Sun Belt – There was a lot to like about the Sun Belt before realignment but the latest moves solidified the conference even further. It was clear the conference was targeting teams that could help from a football standpoint and geographically speaking they made sense. Looking at the future membership map, the additions provide a clear demarcation of East and West teams at the Alabama-Georgia border for football divisions.

While the ODU-JMU-Marshall to Texas State-UTA trips aren’t great for Olympic sports, there are ways to mitigate the number of long trips. Scheduling pods could be used or long trips can be scheduled for every other year. Overall, the Sun Belt made some good additions and, most importantly, didn’t lose any of its members in the process.

4. FCS / D2 Call ups – If you were an FCS or D2 program hankering to move up, this round of realignment was for you. As of this writing, the FCS conference backfilling is still ongoing so there may be quite a few D2 to FCS moves announced over the next few months. We can debate whether the teams moving from D2 to FCS or from FCS to FBS are quality but there is no doubt that programs with higher aspirations have benefited from realignment in 2021.

1. The Big 12, AAC, and Conference USA – All three of these conferences got weaker overall but on different magnitudes.

The Big 12 lost its two biggest members and the replacement programs aren’t enough to fill the shoes of Oklahoma and Texas. BYU, Cincinnati, Houston, and UCF are solid programs – especially from a football standpoint – but they won’t bring the same exposure and media money that OU and UT did.

The AAC lost the aforementioned Cincinnati, Houston, and UCF to the Big 12 and replaced them with Charlotte, FAU, North Texas, Rice, UAB, and UTSA. Like the Big 12, these are solid additions and some solid media markets but losing the best teams can rarely be replaced on the same level.

C-USA lost by a country mile in the latest realignment shuffle. They were decimated by 9 teams leaving including Marshall, Old Dominion, and Southern Miss to the Sun Belt. C-USA leadership responded by adding Liberty (ASUN) and New Mexico State (WAC) from FBS independent status and Jacksonville State and Sam Houston State from the FCS level. The addition of Liberty is a good boon as the Flames have been very successful in many sports (football, basketball, softball) over the past few years. Maybe fewer teams will be good for C-USA but when you go from 14 committed members to 3 (Middle Tennessee and Western Kentucky were close to joining the MAC before staying with C-USA to keep them at a tenuous 5 members), that’s a terrible sign.

2. Non-SEC fans – If you don’t like the SEC and are tired of the constant e$ECpn talk, then this round of realignment was a terrible turn of events. They’ll be featured even more on ESPN as well as other national media outlets. The SEC will have an even stronger perceived strength of schedule, which means they’ll be getting the benefit of the doubt across all sports.

A 12-team CFB playoff? That might feature 6 SEC teams if OU and Texas are even above average. For college softball, the SEC has put all 13 teams in the playoff bracket on multiple occasions (Vanderbilt doesn’t sponsor softball). That number may become 15, which is nearly a quarter of the bracket. That simply isn’t a thrilling prospect because the regular season would be meaningless for SEC teams as long as the team doesn’t go winless.

Personal opinion: There’s no anti-SEC bias here but this is a bad direction for college sports because the SEC and any other super conferences will dominate the landscape as long as OU and UT are part of the league. On the other hand, this might actually be the catalyst for a future round of realignment because there are 16 egos in the SEC meetings including OU and Texas. How long can the SEC keep all 16 members happy? Will Texas be content if they end up an average team in the SEC? This 16 team league might just be a short stop on the road to an even wilder realignment scene in the 2030s or 2040s.

3. Game Length / Advertising – Building upon the last point, it is clear that everyone will suffer at the hands of higher TV rights. The average game takes 3 1/2 hours to complete in 2021 and the additional money media companies pay for the higher TV rights, the more advertising we can expect. Whether this means games will trend closer to 4 hours to complete or more overt advertising on jerseys or while we watch (i.e. a split-screen of the game and adverts), no one will be better off. Barring a miracle in the standardization of TV timeouts across multiple networks like what we’ve seen from the NFL, be prepared for more downtime between plays and drives.

4. The ASUN and WAC – Both conferences reportedly had eyes on moving up to the FBS but recent departures have put those aspirations in dire straits. Both conferences will now have to scout additional members who would be willing to play in the FBS one day. There was already no guarantee either would be allowed to move to the FBS level but teams leaving put them in a precarious position.

1. The MAC – There are arguments to be made for both sides of whether the MAC is a winner or a loser. For one, the MAC doesn’t have to expand just because every other conference is doing so (or trying to). On the opposite side, there’s an argument to be made that doing nothing while most conferences get stronger makes the MAC worse off. One aspect that helps the MAC is that they’re a relatively close-knit group of schools. There’s not a ton of discontent and previous membership changes haven’t hurt the core group (i.e. Marshall, Temple, UMass, etc. have all left).

How these moves impact FCS and D2 football is intriguing. With the likes of Jacksonville State, James Madison, and Sam Houston State moving to the FBS, will that lead to more parity or complete domination by one or two FCS teams? Will we see fewer FCS over FBS wins? Will D2 teams feel compelled to move up to D1 and play at the FCS level? Or will the effects be more apparent at the FCS level than D2? There are a lot of confounding possibilities that probably won’t be known for many years or decades.

3. FCS Conference Fates – The FCS could see some wholesale conference changes with the MEAC, OVC, and Southland all straddling the automatic qualifier minimum line of 6. However, the changes that are slated to take place in 2022 may see the ASUN, Big South, and WAC all fall into the same category. Then there’s the CAA, which has a healthy membership count but there’s always been an uneasy feeling within those schools that it may not last. It’s difficult to forecast which conferences will ultimately survive at the FCS level but it will look different by 2025 when most of the realignment moves have been completed.

Those are our winners and losers to this point in the current realignment period. Let us know your thoughts below!