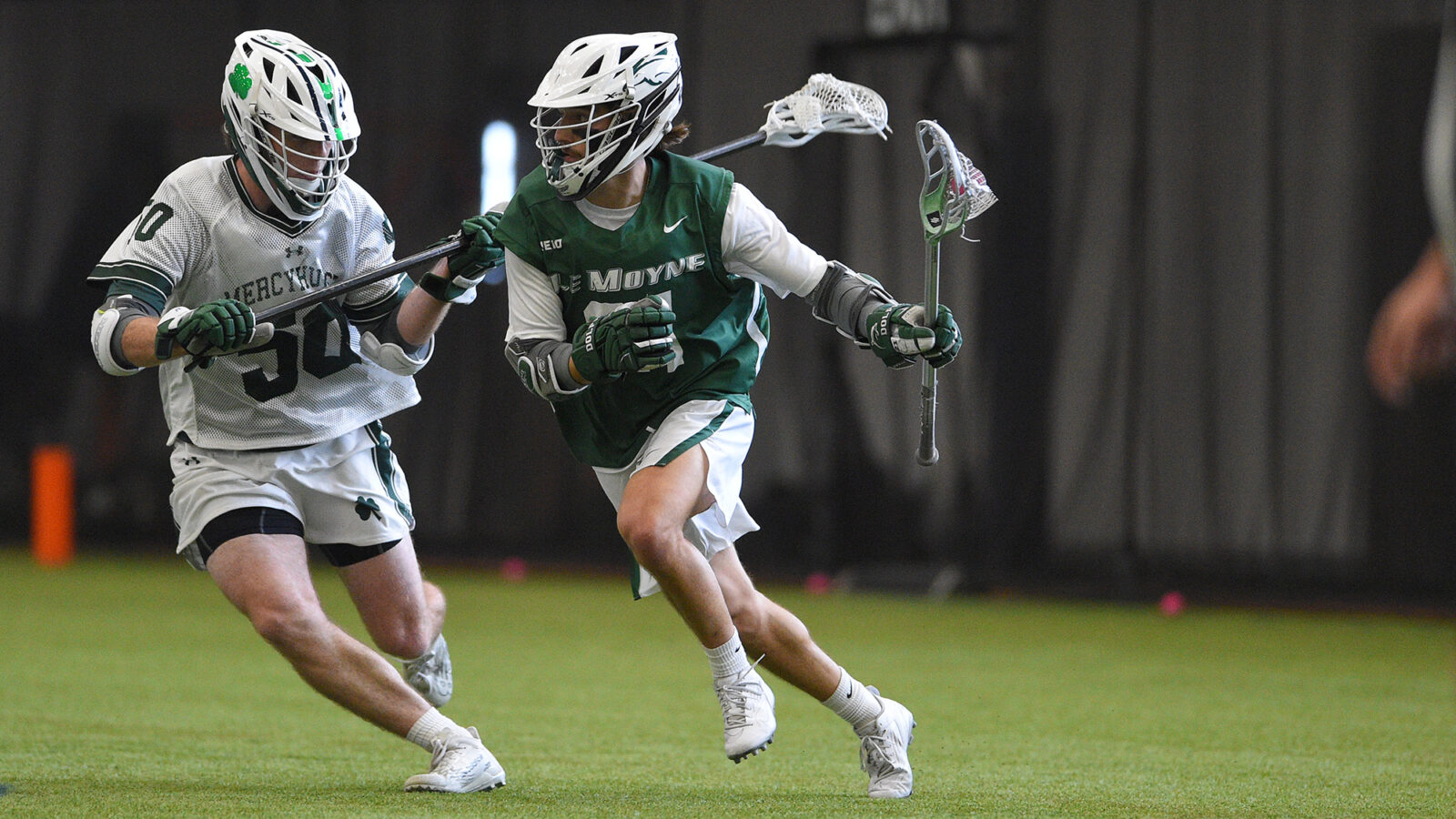 Editor’s Note: This article was updated Sunday, November 13 to reflect the vote by the students at the University of New Orleans.

While the biggest realignment news over the past week is the debate over whether the Pac-12 is close to collapsing or if the conference will remain afloat, the other side of Division 1 had some under-the-radar developments spring up. Two schools have been linked with a move up to Division 1 while a current D1 program weighs adding a football program. We’re going to look at each of these potential moves and evaluate if they make sense for both the schools and conferences.

11/13 Update: The students at the University of New Orleans overwhelmingly voted against the proposal outlined below 69% to 31%.

We begin with the University of New Orleans announcing a plan to build a lakefront stadium and the addition of three Division 1 sports (football, women’s golf, and women’s soccer) as well as a marching band. If approved, women’s golf would start in 2024 while UNO would have women’s soccer and football in time for the 2025 season.

A $300 flat fee for part-time students and a $400 fee for full-time students each semester. The fees will help cover the estimated $4-5 million annual expense to run the new programs as well as help improve existing facilities and teams. The current student body will vote on November 9, 2022 whether or not to approve this first step toward adding football. The biggest cost of any new football program is the stadium and that’s where UNO has a positive surprise: the stadium will be privately funded. This is good for the students as the initial fee won’t have to be astronomical but also gives UNO some serious scheduling flexibility for other events. Of course, this doesn’t preclude the fees from being increased down the road, which is almost inevitable at some point.

The lakefront stadium is a nice selling point and would be picturesque most of the time but we also have to acknowledge that any major storm or hurricane could cause significant damage. We have to believe those contingencies have been worked out with those who are privately funding the stadium but thought this point would be worth mentioning given the history of the New Orleans area and the many hurricanes they faced.

With UNO already a member of the Southland Conference, there’s little doubt that’s where the football will start if the proposal is approved. From a geographical standpoint, the Southland is back to where it was a few years ago with a compact group of schools as shown on the map below (UNO is shown in blue).

If UNO added football, only Texas A&M-Corpus Christi (shown in pink on the map) would be the only school without football and that would give the Southland 9 football members. It wasn't long ago when the Southland Conference was bleeding members to the WAC and things were looking desperate. Now, they could be on the verge of having 9 football members and some stability during a potentially wild realignment window.

As for New Orleans, they will have no shortage of potential local recruits in both the city and state along with the neighboring states. They'll also have plenty of buy-game opportunities as an FCS team located in the South. Overall, this seems like the first step in a bigger plan for the university to get additional enrollment and possibly lay the foundation for future realignment moves. Regardless of how the vote and process turn out, the helmet design is pretty slick.

Le Moyne College - based in DeWitt, New York - is seriously contemplating the move from Division 2 to Division 1, which could happen as early as 2023. Le Moyne is currently a member of the Northeast-10 Conference, which has seen two members in Merrimack and Stonehill leave for the D1 ranks over the previous few years.

Le Moyne's possible destination is a toss-up because they could fit into several conferences but don't have a football program. Certainly, the Northeast Conference makes a lot of sense given the NE-10 to NEC pipeline although the lack of football might be a hurdle. Currently, the NEC has 8 football-playing members with the aforementioned Merrimack and Stonehill still in the D2 to D1 transition period. On the flip side, Le Moyne's addition would make it an even 10 members in the conference, which would help with scheduling for the non-football sports. Plus, a majority of the schools are private institutions with the exception of Central Connecticut State.

The map below is the NEC if Le Moyne joined the conference. Le Moyne is colored black while the current members are orange. We can assure you that St. Francis (NY) is on the map but the dot is covered up by Long Island due to the proximity of the schools. Coincidentally, St. Francis (NY) is one of the two NEC schools that doesn't sponsor football with Fairleigh Dickinson being the other. To help the New York City area schools stand out on the map we made Fairleigh Dickinson pink, Long Island red, and Wagner green.

If the NEC were not interested in Le Moyne due to the lack of football or other reasons, there are still 2 other potential options: the America East and MAAC. For the America East, Le Moyne would become only the 2nd private institution among the schools after Bryant. However, Bryant is also the newest member of the conference, which means there is clearly a willingness to consider private schools in the right circumstances. Like the NEC, the geographical fit is compact and Le Moyne would give the America East a 10th member after Hartford dropped to the Division 3 ranks this year.

The last conference to consider is the MAAC, which currently sits at 11 full members. If Le Moyne joined the MAAC, they would be the 7th New York-based team in the conference although the majority of the schools are closer to the greater New York City area. Making the MAAC an even 12 teams would be helpful and they would be joining a conference comprised of only private institutions. The map below shows the MAAC membership if Le Moyne was invited to join. We made Iona pink and Manhattan green to give contrast on the map given the close proximity of the two schools when viewing on mobile.


All three potential conferences have more pros than cons and a strong argument can be made for any of them. The NEC or MAAC seems slightly more likely than the America East but the biggest hurdle right now for Le Moyne is actually receiving that invite, which hasn't happened yet.

University of Indianapolis has D1 Hopes but Won't Move... For Now

The University of Indianapolis was oh so close to becoming a Division 1 school and joining the Ohio Valley Conference in 2023 and then... it all fell apart in September. Former Vice President for Intercollegiate Athletics at UIndy Scott Young resigned on September 16, just two weeks before a vote on reclassification to Division 1 was scheduled to take place amongst the Board of Trustees. On September 30, the Board of Trustees decided to hold off on a move to Division 1.

Where does UIndy go from here? Do they attempt another D1 vote amongst the Board of Trustees in a few months? Do they wait to ensure the entire school leadership is on the same page? Perhaps they opt to switch to a new Division 2 conference instead of moving up to Division 1? It's always tough to know how the future will play out but it seems more likely than not that UIndy will give the D1 move another attempt. We just don't know how soon that will happen.

The other facet at play is the OVC. Does this change how they approach realignment? They lost the trio of Austin Peay (ASUN), Belmont (MVC), and Murray State (MVC; football to MVFC in 2023) while bringing in Lindenwood (D2 GLVC), Little Rock (Sun Belt), and Southern Indiana (D2 GLVC). The D2 to D1 process would have taken 4 years (assuming no NCAA changes) and instead of potentially having UIndy join in the 2027 season, it could be 2028 or later when they become D1 eligible. The trend is clear that the OVC is willing to wait out the transition process if it brings them long-term stability. Then again, this could all be moot if UIndy votes to reclassify to D1 in 6 months and still makes the jump in 2023. However, this is realignment and everything can change without warning.