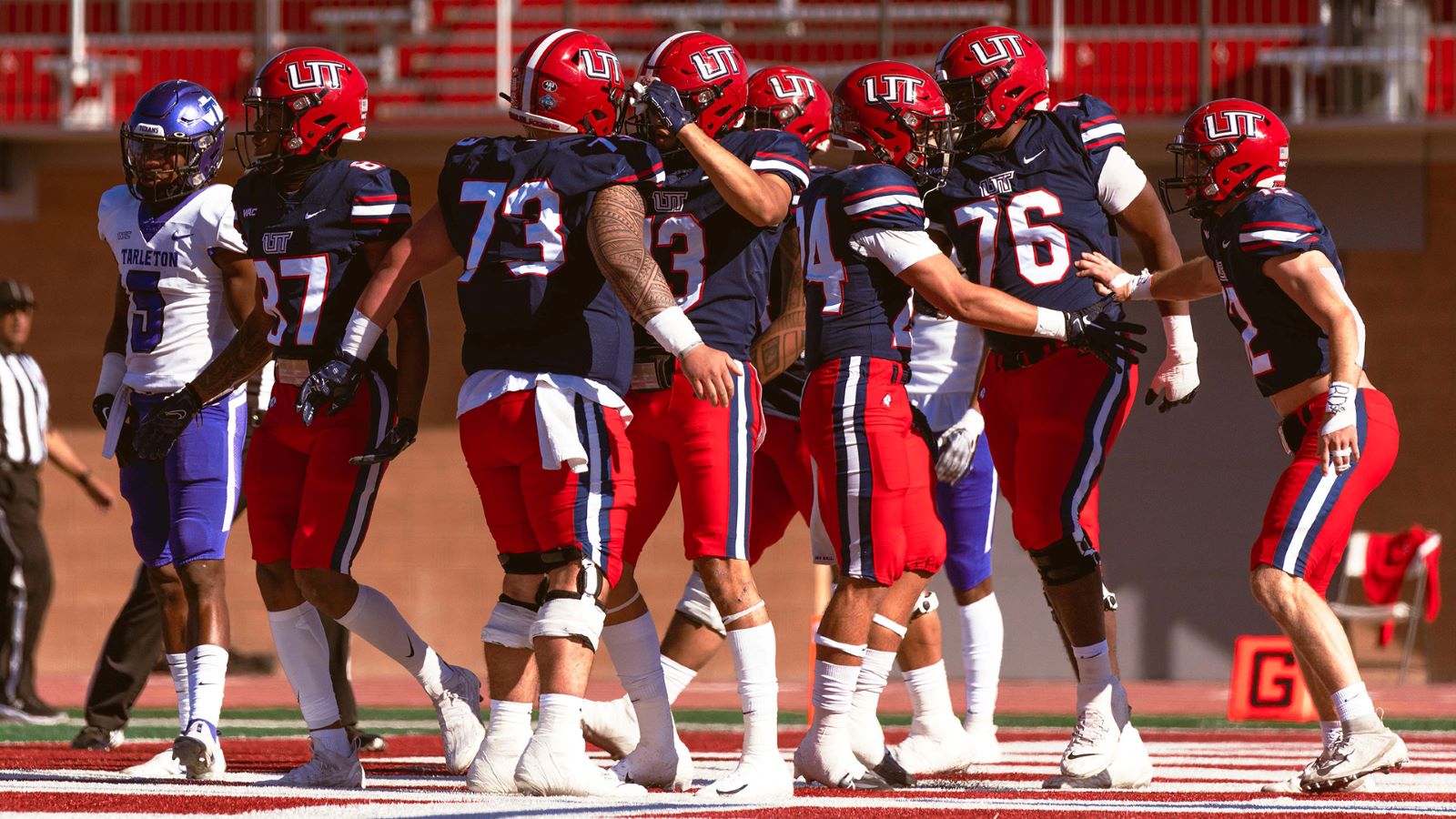 There was some rather big news in the realignment world on Friday and that was Pete Thamel’s report that ten schools in the ASUN and WAC are seeking to create a football-only conference and move en masse from the FCS to the FBS. According to his report, the “earliest practicable date” is 2024 although that is subject to change.

This topic was explored previously on this website but some things have changed since that post. Most notably, some schools listed are no longer members of the ASUN or WAC. The 10 schools in question – Abilene Christian, Southern Utah, Stephen F. Austin, Tarleton State, and Utah Tech from the WAC and Austin Peay, Central Arkansas, Eastern Kentucky, and North Alabama from the ASUN – are seeking to attain the NCAA’s minimum requirement of 8 members. The final member is UT Rio Grande Valley from the WAC, which recently announced it would start football with its first season in 2025.

Why are these 10 schools trying to move to the FBS? The answer is simple: money and existence. With the College Football Playoff set to expand in 2024, every conference is expecting to get its share of a bigger pie – including non-power 5 conferences. As for existence, both the ASUN and WAC were tired of losing members to the FBS so why not try to join them AND make bank while doing so? To be clear, we are only referring to football’s existence. We’ll talk about the pros and cons of the ASUN and WAC joining FBS but we need to go back to our previous article for additional background on how this move might be pulled off.

One of the obstacles faced by the conferences is meeting the requirements set forth by the NCAA in its manual. We will list two of the most notable bylaws that need to be fulfilled to become an FBS program and conference.

Page 397 of the NCAA Division 1 Manual

And for conferences to become and maintain their FBS membership:

20.02.9.1 Exception. A Football Bowl Subdivision member institution shall be permitted to count as one of its required six men’s sports and one of its required eight women’s sports a sport in which its conference does not sponsor or conduct a championship, provided the sport is one in which it participates in another Division I multisport or single-sport conference. Different sports may be counted for men and women. (Adopted: 4/29/04 effective 8/1/05, Revised: 12/15/06)

Page 385 of the NCAA Division 1 Manual

So what does all of that mean? A team must receive an invite from a current FBS Conference and said FBS conference must have 8 full members that meet the requirements of 6 men’s sports and 8 women’s sports. Based on what we have above, it seems that the teams cannot move up as either individual teams or as a conference but as noted in Thamel’s report, there is nothing explicitly stating an entire conference cannot move up.

Additionally, there is the possibility the teams try to become FBS independents and reform as a single conference at the FBS level but that requires the NCAA to allow these teams to become an FBS team without a conference as it did with Liberty. As stated before, it’s difficult to get a read on what the NCAA will or will not provide a waiver for. Then again, the article cites a source as saying “We feel very confident in talking to NCAA officials that they’d support this,” a source said. “There’s no grounds for them to stand on to deny it.” Take that as you may.

Pros of the ASUN and WAC Joining the FBS

The biggest benefit from this move would be more teams west of the Mississippi for both scheduling purposes and in general. The most popular area for realignment in the last few cycles has been in the southeast, which is unsurprising given the demographic changes along with the popularity of the sport in the region. The Western half of the US hasn’t been as lucky and these teams would provide much-needed relief for scheduling.

The other benefit would be for fans and alumni of the school. They would be in college football’s top tier with potential access to the biggest stage if the stars aligned as the Group of 5 Champion in the expanded CFB Playoff beginning in 2024. It would be a great storyline if teams like North Alabama or Stephen F. Austin were able to make the CFB but… that requires a lot of luck. Additional benefits would also include additional media exposure, additional revenue from being part of the FBS, higher potential of donor contributions, corporate donations, etc. which might help sustain them at a higher level.

Cons of the ASUN and WAC Joining the FBS

The elephant in the room for the potential move is that some teams are not remotely prepared for the jump. Tarleton State and Utah Tech will complete the 4-year transition from Division 2 to Division 1 after the 2023-24 academic year. In this scenario, they would then undergo an additional 2-year transition process to the FBS. The facilities at some schools will need costly capital improvements undertaken to even be competitive at the bottom levels of FBS. This plan is assuming they will receive a share of any CFB Playoff revenue, which is not guaranteed. Even if some revenue were guaranteed to every non-Power 5 conference, the amount could vary drastically per conference, which would then be split further to each school.

We have a graph below showing the ten schools that form the current ASUN-WAC partnership in terms of athletic revenue generated for 2021. We have also listed the median numbers for all of the Group of 5 conferences for comparison purposes. All data was obtained from the Knight-Newhouse College Athletics Database except for Abilene Christian’s revenue (EADA).

Now let's take a look at each school's 2022 average attendance against the stadium capacity. UTRGV has not been included for the obvious reason they didn't play football in 2022. The attendance figures are from the NCAA and the capacities were taken from either the school's website or Wikipedia.

In the proposed form, the ASUNWAC conference would significantly lag behind its other G5 peers even if there was a bump in revenue attributed to its FBS status. The ASUNWAC would need to see an average revenue gain of 67% (approximately $10 million) from its current median of $15 million to reach the level of the small FBS conference (MAC). In addition, the schools currently have trouble filling their stadiums in FCS (roughly 55% for the 9 schools as a whole) and the minimum attendance requirement is 15,000 per game for one season in a two-year period. Yes, the minimum attendance is easily attainable since it's based on paid attendance and there are ways to fudge the numbers. However, the current average for those 9 schools was 7,700 per game in 2022 and they would have to double that to be in line with FBS requirements. Only 4 schools currently have enough capacity to even reach a stadium capacity of 15,000 much less sell 15,000 tickets.

It's fair to question whether the demand for tickets would double and whether revenue would increase by $10 million per year simply because they joined the FBS. Even if the CFB Playoff payouts increased drastically from this year's payouts, that still doesn't make up the entire difference needed to compete with the lowest revenue FBS conference.

If the ASUN and WAC were allowed to move en masse as a conference, that would open up the floodgates for any FCS team to join the conference and move up or any current FCS conference to become FBS. Just because a school can make the move, does it mean they should? The answer is, of course, no in some cases but once the door is open there's no closing it. Furthermore, the impact it would have on the FCS would be tough to gauge if the report is correct that "at least four other high-profile FCS football programs" were interested in this type of jump.

How would this impact the current FBS powers? Again, that's tough to tell but one reaction could be a breakaway of the Power 5 Conferences to have its own autonomous structure in which they would create their own rules for membership (i.e. a collegiate version of the NFL). Maybe they don't overreact and decide to allow the G5 conferences a slice of the CFB Playoff pie, which makes some sense that will be discussed in the summary below. Or maybe they decide to work with the NCAA to define and enforce these types of rules (lol) with the upcoming changes to the NCAA governance.

Another unknown impact is how much the realignment cycle will change further in the future. If there is a massive influx of FCS to FBS moves (the exact opposite of the 1978 and 1982 changes), it's guaranteed to produce more realignment changes. If this leads to the lower ends of the FBS shifting to more geographically friendly and logical conferences, that's fine. The question then becomes at what point is all this worth it for Division 1, the FBS, the FCS, the NCAA as a whole, and the individual schools?

There is no doubt that if the ASUNWAC members were to become an FBS conference, realignment would change forever because that would give any FCS conference the same window. We're not going to comment on whether or not that should be allowed on legal grounds or whether the NCAA should allow it. We try to avoid hyperbole with our article titles because we don't like clickbait but if this scenario unfolds, realignment will be changed forever. Schools that have no business changing subdivisions (or divisions) will do so because they don't want to be left behind. They'd rather make the jump and then figure it out after the fact than being stuck in the FCS. There will definitely be teams who remain at the FCS level or whatever naming convention is bestowed upon them but the group will get smaller.

One reason this might come to fruition is due to Power 5 conference wanting to improve the strength of schedule aspect in the expanded CFB Playoff era. We discussed this previously and it still holds true. From the Power 5 perspective, why not admit more teams to the FBS level in an ostensible act of altruism? While it seems ridiculous since the NCAA would have the ultimate say in whether there is a new FBS conference, there is the Division 1 Transformation Committee in which schools (especially P5 schools) will have a greater role in determining membership requirements. On the flip side, this could be a temporary move if the Division 1 Transformation Committee if they beef up the requirements to remain/become a Division 1 institution. This is purely hypothetical and would likely be challenged on legal grounds but it is something to consider for long-term realignment.

It's clear what's driving this: money. The allure of getting that CFB Playoff cut is enough to try this move even though the revenue is not guaranteed or known at this time. Schools can call it "brand awareness", fans/alumni can call it "access to the Playoff", and others can call it "increased media exposure." At the end of the day, those are all code words for money and calls back to earlier in the article: schools were so preoccupied with whether they could move to the FBS, they didn't stop to think if they should.