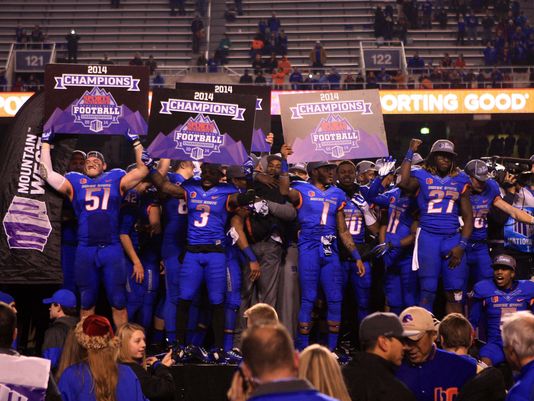 On Tuesday the Mountain West Conference released its conference schedule for the 2015 season. There will be 48 conference games in all between the 12 teams in the league.

The first conference game will take place on Saturday, September 12 with San Jose State at Air Force. The season will conclude on Saturday, December 5 with the 2015 Mountain West Conference Championship. The Championship game will be played at the home of the highest-ranked division winners.

The Mountain West will televise games on Thursday, Friday, and Saturday throughout the season. Some of the games listed below will be moved to another day when ESPN and CBS Sports Network determine their respective television schedules.

A PDF of all the games can be found here, while the Mountain West has provided a wonderful composite schedule infographic here.