Jack Miller Will Not Play For Michigan In 2015 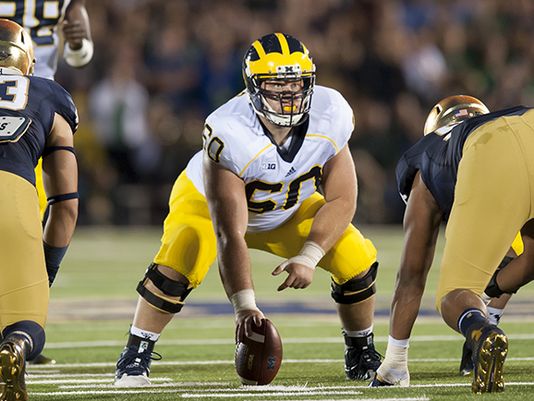 Jack Miller Will Not Play For Michigan In 2015

Jim Harbaugh and the Michigan Wolverines have to deal with a setback on the offensive line. Starting center Jack Miller has decided to step away from the game.

“Football has just run its course for me,” Miller said. “I’m not crazy-passionate about it anymore, and this game requires a burning desire to play. Therefore I think it’s time for me to move into the next stage of my life.”

Had Miller stayed, the entire offensive line would have returned intact for the Wolverines. As it is, they now have to find a replacement for Miller who would have been a fifth-year senior in 2015.

Miller started all 12 games for Michigan in 2014 and was named top offensive lineman at Michigan by earning the Hugh R. Rader Memorial Award. He started 4 games at center in 2013 while seeing limited playing time in 2012 by appearing in 6 games.

Michigan may look towards sophomore Patrick Kugler to replace Miller. He has appeared in only one game as a Wolverine, which was against Appalachian State in the 2014 season opener. Kugler is the son of UTEP head coach Sean Kugler and Patrick’s brother, Robert, is the starting center at Purdue.