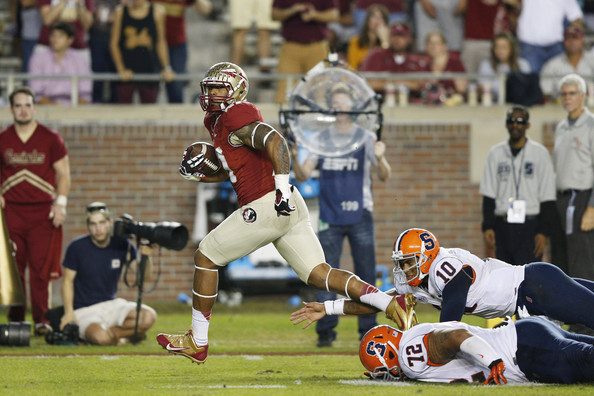 Linebackers Chris Casher and Matthew Thomas will miss the rest of spring practice due to shoulder injuries. Head coach Jimbo Fisher confirmed the news on Friday.

Casher has already had surgery performed on his shoulder while Thomas will undergo surgery in the future.

“Matthew’s got a separated shoulder, probably gonna have to have surgery,” Fisher said. “It’s too loose. We’re gonna have to end up fixing it.”

“Chris had the shoulder. Chris had shoulder surgery, he won’t be out here all spring. He had off-season shoulder (surgery) right after the season, so he won’t be ready until after.”

Thomas, who has a history of shoulder issues, will be a redshirt sophomore in 2015. He appeared in 8 games in 2014 with 26 tackles and 2.5 tackles-for-loss. He missed the first five games in 2014 due to a violation of team rules. In 2013, Thomas played in the first five games with 4 tackles, 2 tackles-for-loss, and 1 sack. He missed the last 9 games due a shoulder injury, which also required surgery.

The Seminoles wrap up spring practice on Saturday, April 11.