Devin Lucien To Transfer From UCLA 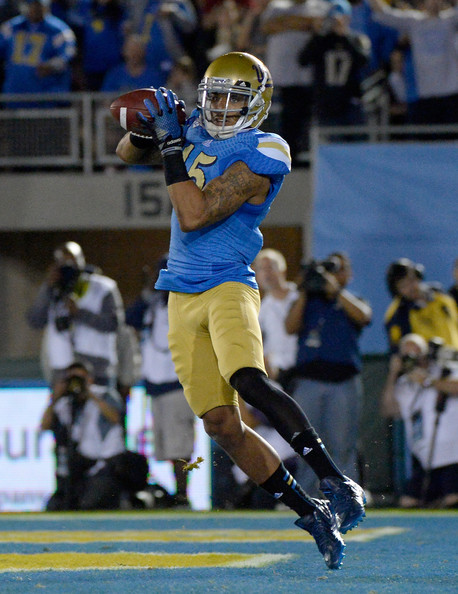 Devin Lucien To Transfer From UCLA

UCLA wide receiver Devin Lucien will transfer from UCLA to another school as confirmed by head coach Jim Mora. The Los Angeles Times originally reported the news about Lucien’s transfer.

Lucien was the third leading receiver in 2014 with 29 catches for 225 yards and 2 touchdowns. He played in 13 games, starting five of those contests.

Lucien will be a graduate transfer making him free to transfer to another FBS program without sitting for a year. UCLA wasted little time in taking his personal information down from his online bio.

Even without Lucien, the Bruins return seven of their top eight receivers (with Lucien being the missing returnee). Jordan Payton (67 catches for 954 yards and 7 touchdowns), Devin Fuller (59 catches for 447 yards and a touchdown), and Thomas Duarte (28 catches for 540 yards and 4 touchdowns) all return.