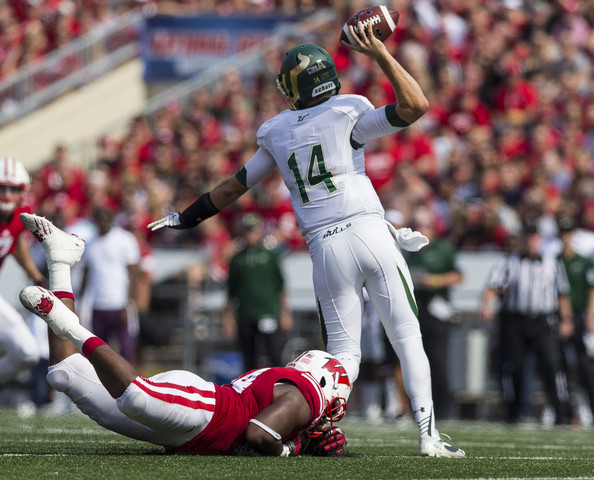 The quarterback competition battle at South Florida lost a contender with the announcement that Mike White will transfer. Head coach Willie Taggart confirmed the news in a statement.

“Mike and I talked after the conclusion of spring practice, and he expressed his desire to pursue the remainder of his career at another school,” the Bulls head coach said in a statement. “We wish Mike all the best in his future and thank him for his contributions to our program and University.”

White will have to sit out 2015 if he transfer to another FBS school. He would be eligible to play immediately if he transferred to an FCS school.

White’s departure leaves Steven Bench and Quinton Flowers as the only quarterbacks with starting experience.

Bench began his career at Penn State in 2012 where he played in two games going 2 of 8 for 12 yards. He was eligible to transfer without sitting out a year due to the NCAA sanctions that rocked the Nittany Lions.

Three other quarterbacks are on the roster, but are considered to have an outside chance of seeing significant playing time. They are senior Austin Parker, sophomore Adam Robles, and redshirt sophomore Evan Wilson.