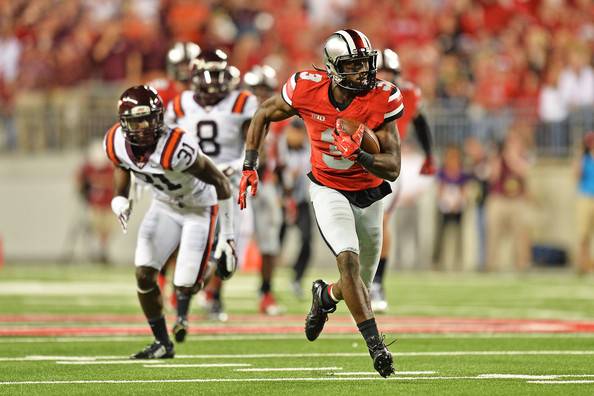 Ohio State wide receiver Michael Thomas will have surgery on his sports hernia injury. He will miss the next three to six weeks, but will be ready before the start of the 2015 season.

“It’s not that serious,” head coach Urban Meyer said. “But it’s been bothering him, since, I think, the bowl game.”

Thomas led the Buckeyes in catches last season with 54. He had 799 yards and 9 touchdowns. He was trumped in yardage only by the outstanding Devin Smith who is now hoping to be drafted in the NFL. Smith 33 catches for 931 yards and 12 touchdowns while averaging a stellar 28.2 yards per catch.

Ohio State also returns Jalin Marshall who was second on the team with 38 catches for 499 yards and 6 touchdowns.