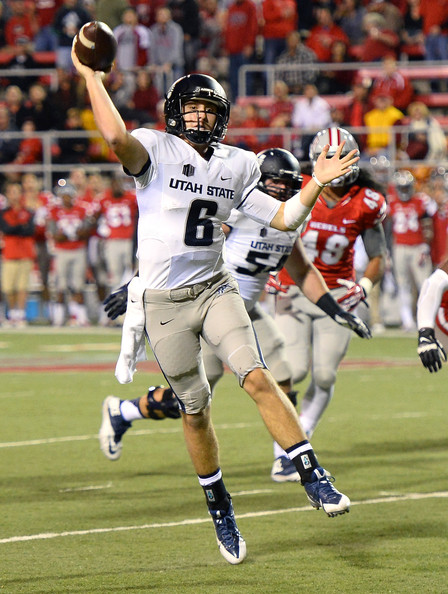 Utah State head coach Matt Wells announced on Tuesday that quarterback Darell Garretson will transfer out of the program.

“We thank Darell for his contributions to Utah State football the past two years and wish him the best in the future,” said Wells.

Keeton suffered another knee injury in 2014 against Wake Forest on September 13 and was given another year of eligibility.

Keeton is electrifying at quarterback when he is healthy and his presence may have factored into Garretson deciding to leave.