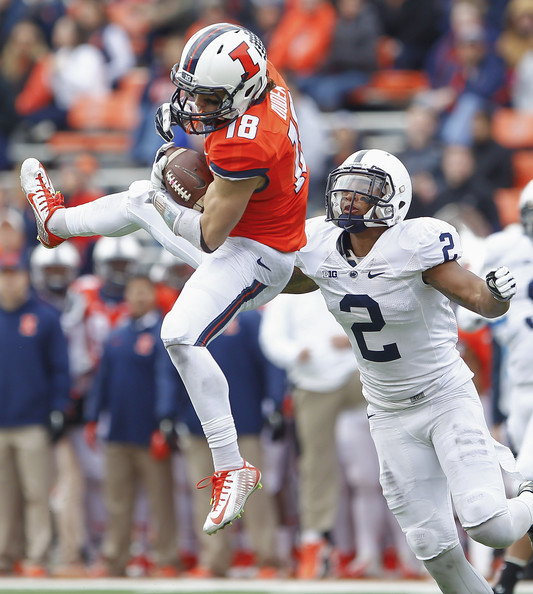 The Illinois Fighting Illini have suffered a major blow to their offense. Top wide receiver Mike Dudek suffered a torn ACL in practice on Wednesday during a non-contact drill.

“This is very disappointing for Mikey, his family and our football program,” head coach Tim Beckman said. “He’ll have the knee surgically repaired as soon as possible and the doctors feel like he could return to the field in October. Knowing how hard Mikey works, our biggest challenge will be to keep him on pace and not let him push it too hard and too fast.”

Dudek was the top receiver by far for the Illini. He had 76 catches for 1,038 yards and 6 touchdowns. The next closest receiver was Geronimo Allison with 41 catches for 598 yards and 5 touchdowns. Dudek was named a freshman All-American in 2014 as well as a second team All-Big Ten selection.

Illinois returns their top three receivers after Dudek, including running back Josh Ferguson. Ferguson led the Illini in rushing with 735 yards and 8 touchdowns, but also had 50 catches for 427 yards and 2 touchdowns. The other two receivers are the aforementioned Geronimo Allison and Malik Turner. Turner had 25 catches for 256 yards and 1 touchdown last season.