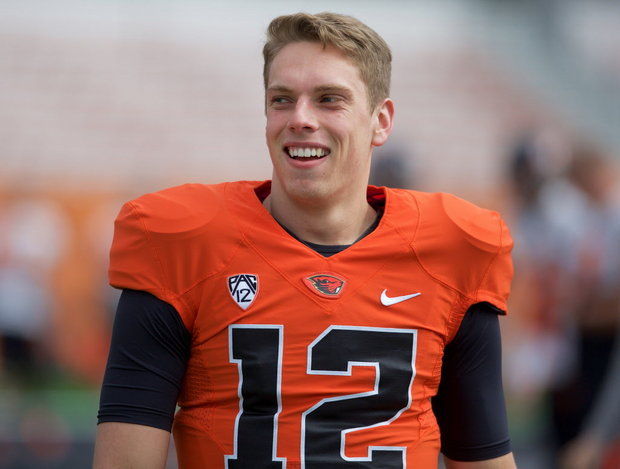 “I want to thank Coach Andersen for the opportunity and wish all of my former teammates the best of luck this season and in the future,” Del Rio said in a release.

From The Oregonian, “Del Rio, who was Sean Mannion’s backup last season, was one of three contenders for the Beavers’ starting quarterback job this spring. But after splitting first-team reps with true freshman Seth Collins during Saturday’s scrimmage work, Del Rio took snaps with the second team during Tuesday’s workout.”

Del Rio, son of Oakland Raiders head coach Jack Del Rio, spent the 2014 season with the Oregon State Beavers. He transferred from Alabama to Oregon State in January 2014 and was granted immediate eligibility by the NCAA because he was considered a “non-recruited athlete” at Alabama.

Del Rio served as the backup to Sean Mannion. He went 8 of 18 for 141 yards in 3 games played. His absence leaves the Beavers with no quarterbacks who have thrown a pass in college.