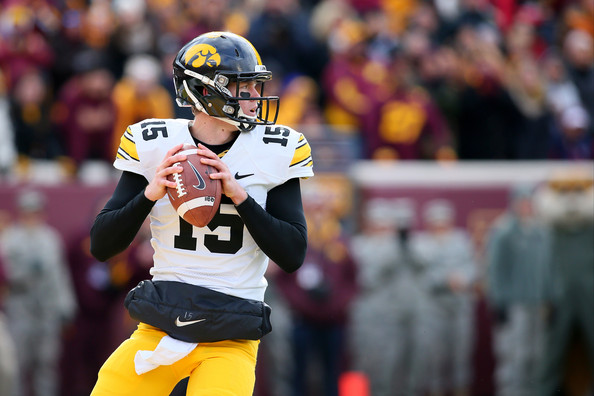 In a shock to no one, quarterback Jake Rudock has transferred to Michigan from the Iowa Hawkeyes. The Wolverines formally announced the transfer on Thursday.

“I am excited for Jake to get here and compete with the quarterbacks that we already have in the program,” said Jedd Fisch, Michigan’s passing game coordinator and quarterbacks and wide receivers coach. “I’ve known Jake for a long time, since 2011, and I am excited to be a part of the staff that is now coaching him.”

“I think that Jake brings great maturity and experience to the program,” added Fisch. “He has 25 starts under his belt in the Big Ten and a winning record of 15-10. All of that, combined with the quarterbacks we currently have in the program and all the skill we are surrounding him with, we are excited about the things that Jake can do for our program.”

Rudock will be in contention to start at quarterback with Shane Morris also under consideration.

On Friday, Michigan announced that punter Blake O’Neill will also come to Michigan for the 2015 season. O’Neill will be transferring from Weber State where he averaged a stellar 44.1 yards per punt in 2014.