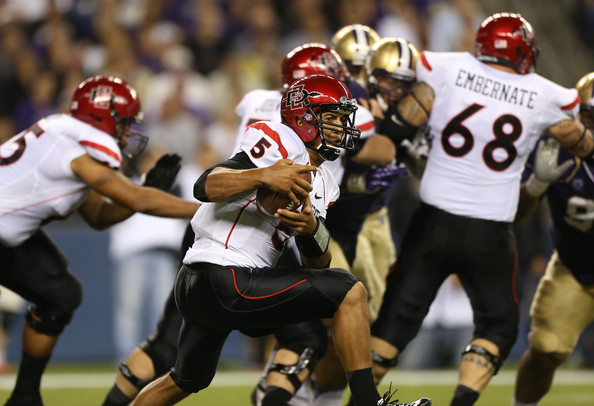 The city of San Diego will witness their two college football programs square off to start the season. The Aztecs made the announcement on Wednesday.

The game will take place on Saturday, September 5 at Qualcomm Stadium, home of both the San Diego State Aztecs and the NFL’s San Diego Chargers.

The two teams have only met once before, which occurred in 1961. The Aztecs were the victors in a 42-12 drubbing of the Toreros.

“We are excited to be playing San Diego State in football for our season opener,” said Ky Snyder, University of San Diego Vice President for Athletics and Facilities Management. “It’s a great opportunity for our student-athletes to play in Qualcomm Stadium in a unique environment. This is part of a cooperative between us and San Diego State on a number of initiatives that we’ll be releasing over the next couple of months.”

“We will have to play our very best to compete against them,” said USD head coach Dale Lindsey. “I don’t know that we have the same amount of talent the Aztecs have, but we do have some very good, smart, hard-working guys.”

San Diego made their first FCS playoff appearance in 2014, but were crushed on the road at Montana, 52-14.