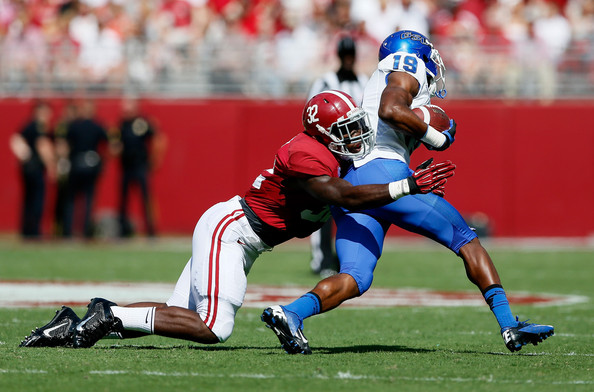 The Georgia State Panthers will face the Alabama Crimson Tide and Auburn Tigers in 2020 and 2021, respectively, according to FBSchedules.com. Georgia State is 0-3 against SEC schools.

Georgia State will travel to Tuscaloosa and face Alabama on September 12, 2020. The two teams have faced each other twice before with games at Alabama. As expected, Alabama crushed Georgia State in both of those games. It was 63-7 in 2010 and 45-3 in 2013.

The payday for the game at Alabama in 2020 will be $1.3 million for Georgia State. Alabama is 13-1 against Sun Belt schools with the lone loss coming to Louisiana-Monroe in 2007.

Georgia State will also travel to face Auburn on September 25, 2021. The two schools have never played on the gridiron. Georgia State will receive $1.25 million for the game against the Tigers. Auburn is 22-0 against Sun Belt teams.

Georgia State is a relative newcomer to football with their first season in 2010. In their first five seasons, the Panthers have compiled an overall record of 11-46. They have been part of the Sun Belt Conference since 2013, but have compiled a 1-23 record overall and 0-15 in conference play since 2013.