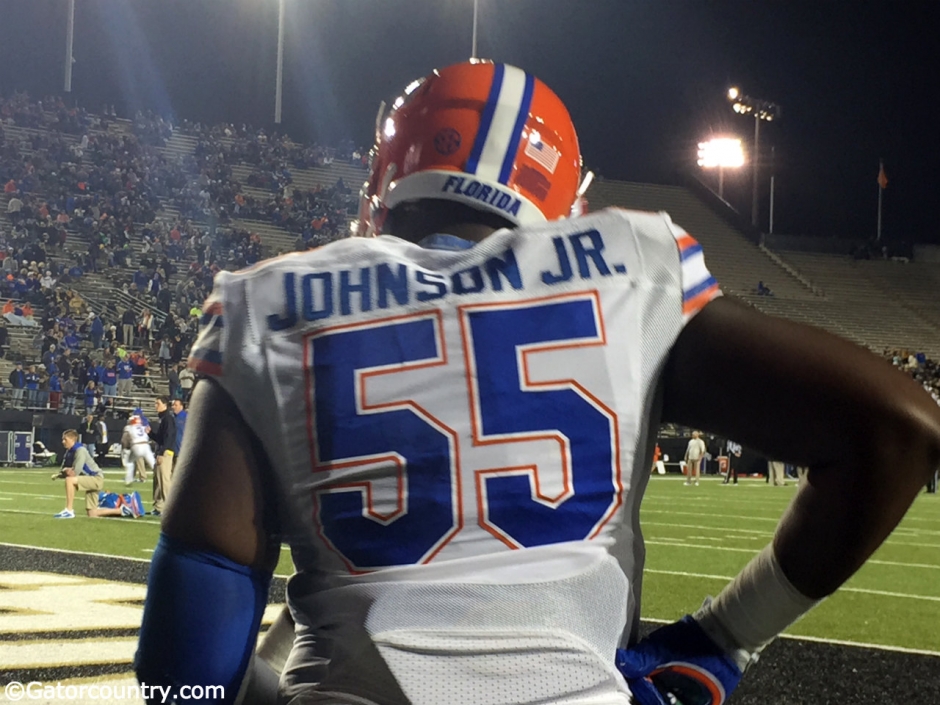 The Florida Gators announced on Tuesday that offensive lineman Rod Johnson will no longer be able to play football due to a shoulder injury. Johnson originally hurt the shoulder on Friday, April 3 and it was classified as a stinger.

It turns out that the injury was just the sign of something even bigger. According to Florida, Johnson was diagnosed with congenital cervical stenosis, or more simply is the narrowing of the spine.

“One thing I’ll tell you this about any player: I will never, ever put him out there in harm’s way,” coach Jim McElwain said following Saturday’s Orange and Blue Debut. “Life’s too short, man. Ain’t gonna do it, ain’t gonna do it to a young guy.”

From Florida’s release, “The condition is a narrowing of the spinal canal enveloping the spinal cord, preventing enough fluid to gather around the spinal cord to properly protect it from injury.

Cervical stenosis ended the career of New York Giants running back David Wilson last year and forced Cooper Manning, the brother of NFL quarterbacks Eli and Peyton Manning, to retire from football during his college career at Ole Miss.”

After redshirting in 2013, Johnson played in all 12 games for the Gators in 2014. He made three starts at right tackle against Kentucky, Alabama, and East Carolina. Johnson was expected to start at right tackle in the upcoming season.

According to Robbie Andreu of the Gainesville Sun, the Gators will have only 12 scholarship linemen in the fall. 6 of those 12 will be true freshman.