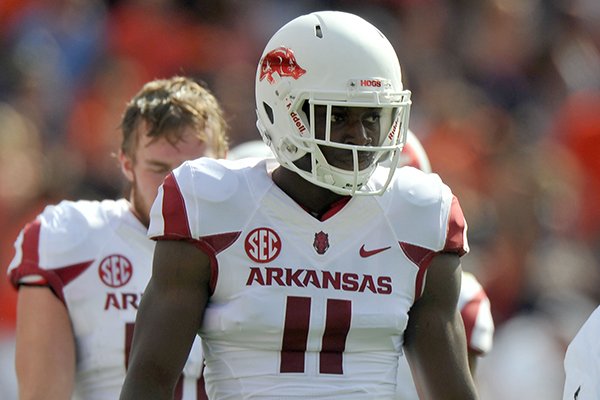 “I removed Randy Ramsey, as well, and let him focus on academics,” Bielema told Arkansas News. “If he does that, then we will see where that goes, but as of right now he is not with us, either.”

“He has got to have some urgency in the classroom immediately,” Bielema said of Ramsey. “No off-the-field (stuff), just got to get him going in the classroom because we invest a lot in them and we hope to have our biggest returns when they are sophomores, juniors and seniors and getting better.”

Ramsey played in 7 games including a start against Northern Illinois as a true freshman in 2014. He finished with 8 tackles and half a tackle for loss on the year.

Ramsey, as well as wide receiver Kendrick Edwards, could return to the team in summer if they are up to Bielema’s academic liking. Edwards was reportedly leaving Arkansas in March.