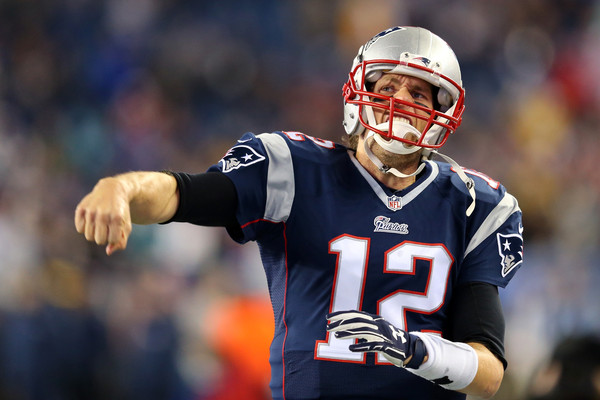 By now you have surely heard about DeflateGate and the subsequent Wells Report stemming from the controversy at the 2015 AFC Championship Game on January 18, 2015.

Despite the claim of New England Patriots quarterback Tom Brady knowledge of the deflated balls as “more probable than not,” there are still plenty of backers in his corner.

But the real take away here is how bizarre this entire ordeal is.

Why did Brady (allegedly, there was no definitive proof) encourage the removal of air? The Patriots were far and away the better team in the game. On top of that, Brady actually performed better in the second half of that game with the properly inflated footballs.

That also begs another question. How long has the deflation of the footballs been going on for? A year? Since 2007 as some have suggested when Brady’s number went up dramatically?

Then we had that incredibly surreal press conference by Dr. Bill Belichick in the days following the breaking of the controversy. Belichick was cleared of any wrongdoing in the report by Wells.

Up next was the Patriots owner Robert Kraft demanding an apology if the Patriots were cleared of wrongdoing. Kraft will be waiting a long time for that apology from Roger Goodell.

Perhaps the most bizarre part of all this was the report itself. It took over three months to compile and release the report, which just happened to be immediately after the NFL Draft. It took three months for the NFL’s “independent investigator” to find that it was “more probable than not” that Tom Brady knew of deflation?

Seriously. The NFL wasted money to pay a firm for three months of work on an investigation that detailed the deflation of the footballs in the AFC Championship?

That money could have been spent, well, on a myriad of other things. It is not like the NFL has high-profile domestic abuse cases with Ray Rice and Greg Hardy, a child abuse case involving Adrian Peterson, an on-going concussion controversy, or a former player being accused and found guilty of multiple sexual assaults in multiple states.

It is good to see the NFL has its priorities correct. “Integrity of the game” extends well beyond the gridiron, but also into the cultural and societal circles as well, but do not tell that to Goodell.

Perhaps this is not bizarre at all. It is typical Roger Goodell and his delusional crusade of “protecting the shield” at all costs when it matters the least. It would have been nice to see him do this before when he had a chance to make a real statement (i.e. the Ray Rice Case). Now, anything he does it too little and way too late.

Everything Goodell does in terms of punishment for the “integrity of the game” will only be seen as way to make up for what he did not do last summer. If that is the case, how can he objectively dole out punishment?