Minnesota Takes Over Top Spot In Coaches Poll After Week 14 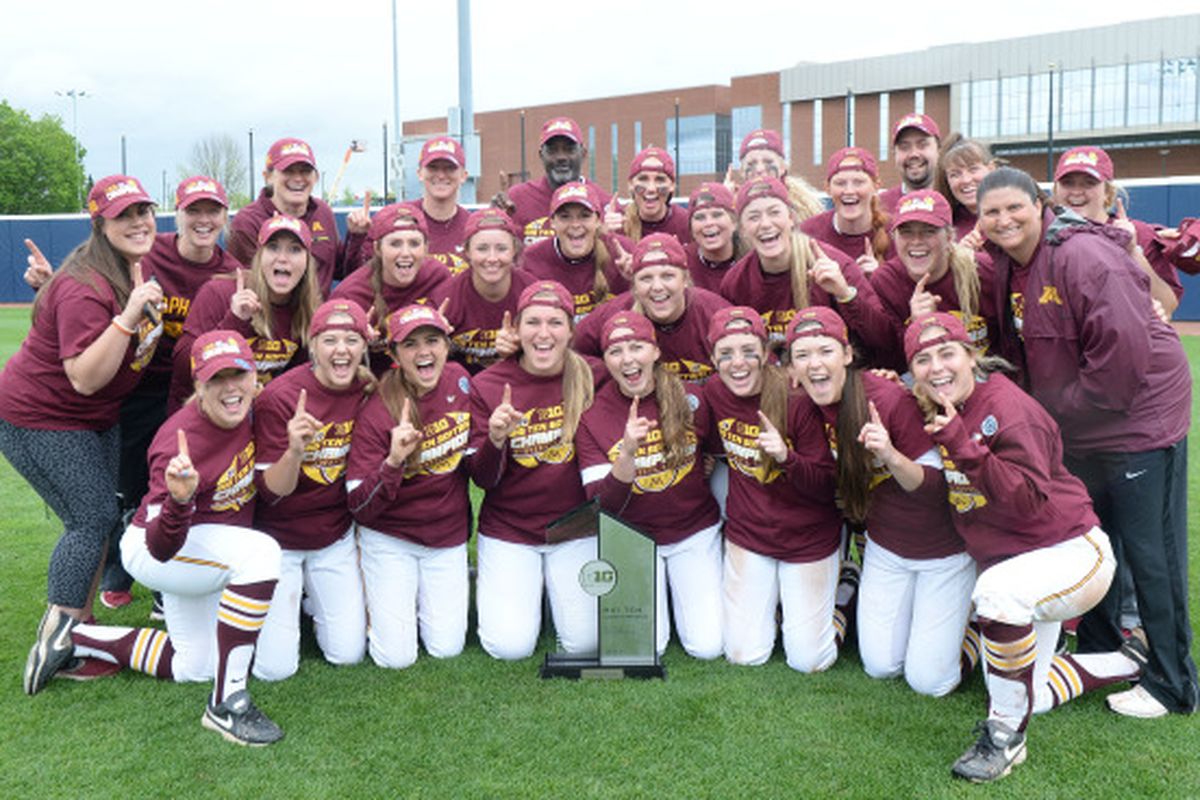 Just two days after being snubbed by the NCAA Tournament selection committee, Minnesota took over the top spot in the Coaches Poll. The Gophers remained third in the ESPN.com/USA Softball Poll.

The Gophers claim 18 of 32 first-place votes in the Coaches Poll with Florida dropping a spot to second and taking 12 first-place votes. Oregon is third with the final two first-place votes while Florida State and Arizona round out the top with neither team moving in the poll. The Seminoles won both the ACC and Regular Season titles while Arizona was crowned Pac-12 Champions.

CAA Champions James Madison is up one spot to 11th, Texas A&M is down a spot to 12th, and Ole Miss rockets up six places to 13th after winning the SEC tournament. Sun Belt Champions Louisiana-Lafayette (14th) and Alabama (15th) stay in place from last week’s rankings.

Utah is down three spots to 16th, Baylor is down a spot to 17th, and LSU is up three spots to 18th. Kentucky drops one place to 19th and rounding out the top 20 is Michigan, who fell three places.

BYU, winners of the West Coast Conference Regular Season Title, is down one place to 21st, Arizona State stays at 22nd, and Tulsa makes an appearance at 23rd after winning the American Athletic Conference. They were unranked last week and take the place of Marshall. South Carolina and Georgia remain at 24th and 25th respectively. The entire Coaches Poll can be seen below.

Oklahoma stays in sixth and Washington is up two spots seventh. A tie for eighth place occurred between Auburn (no change) and UCLA (up two spots). Tennessee is down three places to tenth.

There was not much change between 11th and 15th as Texas A&M stays at 11th, James Madison (12th) and Baylor (13th) switch spots and another tie occurred at 14th. Alabama (up two spots) and Louisiana-Lafayette (up one spot) tied on 228 points to round out the top 15.

Ole Miss went up just two spots in this poll to 16th, Utah fell three to 17th, and Michigan was down one spot to 18th. 19th belongs to LSU (up two) and Kentucky is down one to finish out the top 20.

The bottom of the poll starts with BYU in 21st (down one), Arizona State (no change), and Tulsa (up one). South Carolina is 24th and the 25th place resulted in the third tie of this poll. Ohio State (down one) is joined by South Carolina Upstate for the final spot. The Spartans are ranked for the first time after winning the Atlantic Sun Regular Season and Conference Titles. The entire USA Softball poll can be seen below.

Below are the polls from earlier in the season.