Is the Atlantic Sun the Best Option for Central Arkansas? 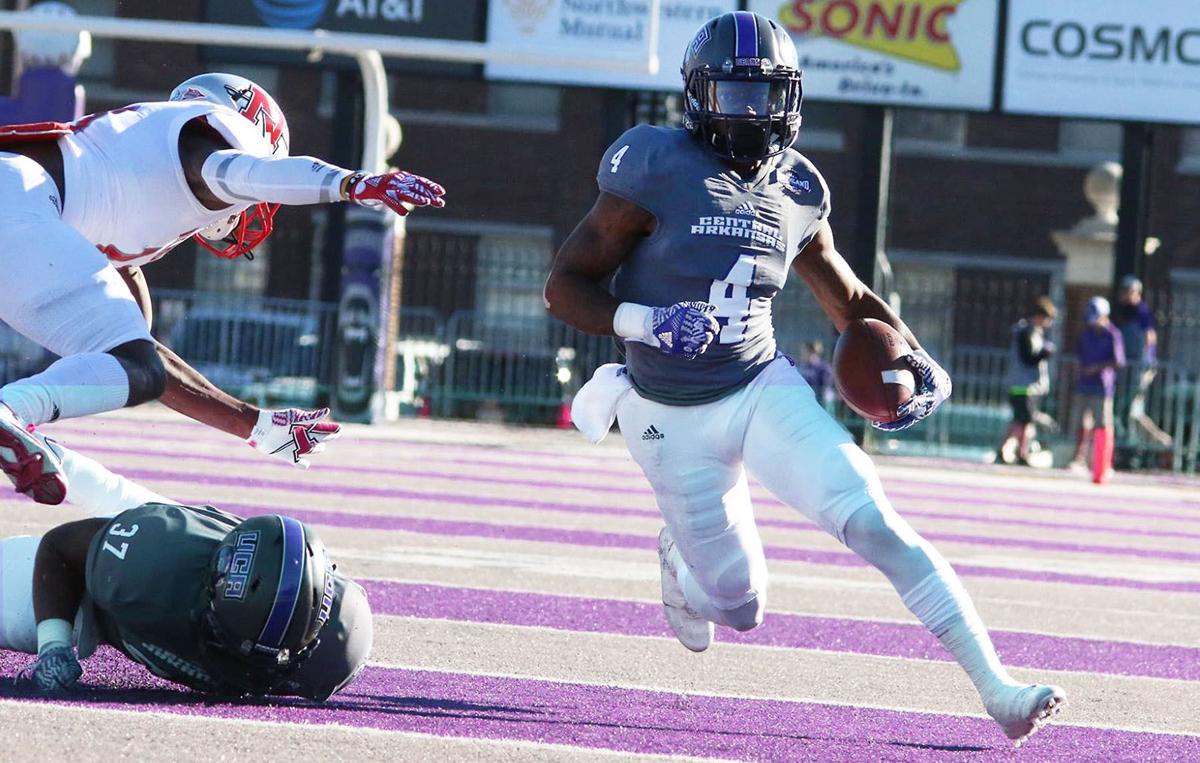 The FCS landscape is shifting soon with the confirmation that Southern Utah has not only received an invitation to the WAC but is also seriously considering the move from the Big Sky to the WAC.

We have discussed the return of the WAC here, here, and here but now we turn our eyes to a different conference in the Southland and specifically towards Central Arkansas. As mentioned in our article on the WAC’s raid of the Southland Conference, the teams being targeted are Abilene Christian, Lamar, Sam Houston State, and Stephen F. Austin. Texas Football is reporting that all four schools will indeed leave to join the WAC.

We still stand by the premise of the article that it makes little sense *on paper* for the schools to make the move in regard to football. However, it is clear that something behind the scenes is causing discontent among the Southland Conference schools and/or SLC leadership. Those four Texas-based schools have seen enough and feel they will be better off in the WAC.

That begs the question: What becomes of the Southland Conference?

In football, the SLC loses two conference powers in Sam Houston State and Stephen F. Austin but will retain the automatic qualifier bid to the FCS Playoffs with seven teams. Furthermore, the geography of the conference would still be intact with the outlier still being Central Arkansas as the northernmost team but by no means are the Bears a bad fit.

It has already been reported that Central Arkansas may be headed to the Atlantic Sun Conference alongside Eastern Kentucky and Jacksonville State starting in 2021-22. If that comes to fruition, those three schools would then likely join the Big South Conference for football per the agreement that the A-Sun has with the Big South.

Let’s take a look at the potential Big South movement as well as an alternative scenario in which Eastern Kentucky and Jacksonville State remain in the Ohio Valley Conference with Central Arkansas joining them.

Two teams will join the Big South football fray next season in North Carolina A&T and Robert Morris, which will bump the football membership up to 9. The other 7 teams are Campbell, Charleston Southern, Gardner-Webb, Hampton, Kennesaw State, Monmouth, and North Alabama.

For the Big South scenario, we will include the trio of Central Arkansas, Eastern Kentucky, and Jacksonville State in our distance calculations using this website. That would increase the membership up to 12 teams and we will assume that each team would play 8 conference games each season – four at home and four on the road. Below is a map showing the locations of all 12 teams in this proposed Big South Conference.

Here are how the average distances for road games stack up for the three new schools using the “as the crow flies” distance.

The table above assumes there are no divisions created. Using an arbitrary splitting of the conference into East (blue on the above map) and West Divisions (orange on the map) would yield a more optimal travel schedule. Remember, this only looks at football so a divisional split or pods could be used to help reduce travel in other sports under the Atlantic Sun umbrella. The two proposed divisions are comprised of:

As stated above, the table shows that all three additions to the Big South would benefit under a divisional format. Let’s take a look at how Central Arkansas joining the Ohio Valley would change the numbers.

The addition of Central Arkansas would see the current OVC members’ travel increase anywhere from 2% to 14%. In terms of raw mileage, the largest increase would be 117 miles *total* for Eastern Kentucky (an 11% increase) so adding Central Arkansas wouldn’t be earth-shattering to the travel log. Below is a map showing the 10-team OVC with the East division teams in blue and the West division teams in orange.

Below are the totals for Central Arkansas if they were to move to the OVC. We also included an East/West divisional format, which would decrease travel across the conference. The distance “saved” would be very modest in both percentage and absolute terms. Every team would see a decrease in distance traveled but none greater than 4% or 30 miles. Again, the divisional split could be used in non-football sports to help reduce travel.

Compared to the Big South 12-team conference, the Bears would be better suited to be a football member of the OVC, geographically speaking. This also assumes that Eastern Kentucky and Jacksonville State do not leave the OVC.

We have looked at two options in the event that Central Arkansas leaves the Southland Conference but what if they opted to stay?

Under the old arrangement, Central Arkansas was traveling roughly 1,645.8 miles on average for football road games. (The Southland currently has a 9-game conference schedule, which averages to 4.5 road games per year). If the Southland doesn’t add a single team, they would have 6 conference games a year, meaning three road games and three home games.

Normally, we would provide a verdict here on the best course of action for the program in question based on the numbers provided. Looking at the three different options for Central Arkansas, the average distance traveled for football games favors remaining in the Southland Conference by a small margin though a case could be made for the Ohio Valley Conference.

More pressingly, and possibly with some legal implications, is that Central Arkansas has already been linked to the Atlantic Sun and – by proxy – the Big South for football. There’s a chance within the 60-day negotiation window ending in mid-January of 2021 that something will change. Furthermore, questions still remain whether Jacksonville State would be willing to leave the OVC.

For the record, if we did not already know that the Atlantic Sun was in negotiations with Central Arkansas, we would likely say Central Arkansas to the OVC makes a lot of sense for football especially with the ominous clouds hanging over the Southland Conference. As stated in the preceding paragraphs, there is a lot more to this story.

So what did we learn by researching Central Arkansas’ possible move?

We can glean one interesting insight from this research and that is the Atlantic Sun is aiming to be an enticing destination for mid-major programs and has some success with the likes of Liberty joining. It’s one thing to have plans for a 20-team mega-conference like the Atlantic Sun has proposed but it becomes something else entirely if fellow mid-majors start buying into that idea. Targeting established FCS programs is bold yet necessary if they are to achieve their 20-team plan conference. This research also serves as a solid basis for future articles *cough – focusing on the Big South and Atlantic Sun – cough*.

While we tend to perform research mostly through the lens of football programs, we understand non-football sports play a role when schools change conferences. For the A-Sun, a pod system of four or five schools (if they do actually reach 20 teams) could be utilized to drastically reduce travel in Olympic sports. The shedding of geographic outliers such as NJIT as well as the willingness to add more sports for members only further incentivizes programs to consider membership in the Atlantic Sun.

The trio of Central Arkansas, Eastern Kentucky, and Jacksonville State being considered by the Atlantic Sun is another piece in the latest chess game of conference realignment. Combined with the WAC’s latest foray into the Southland, it’s clear that conferences will go big in their attempts to win this round of realignment for long term success.