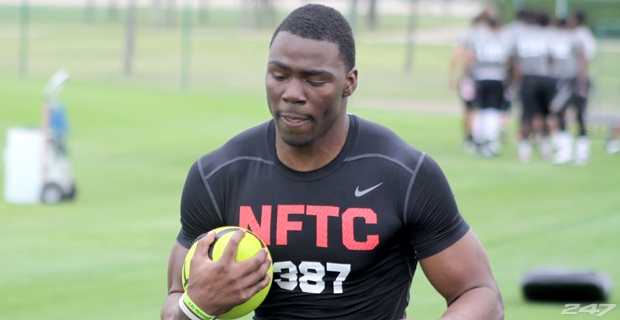 Arkansas running back Juan Day has suffered a torn ACL for the second time according to head coach Bret Bielema.

The second ACL injury occurred prior to spring break at a practice for the Razorbacks. He had surgery on the torn ACL on Monday. Day will definitely miss the rest of spring practice and will be out six to nine months.

Day could also go the route of not playing in 2015 and applying for a medical hardship to provide him an extra year of eligibility in the future. That, however, is only a mere suggestion and there is no word on whether he will play in 2015 at this time. It is safe to say coach Bielema will keep a close eye on Day’s rehab as the year progresses

Day’s first ACL injury occurred as a senior in high school, which is not the same knee he injured this time around. Day redshirted in 2014 in his first season with Arkansas.